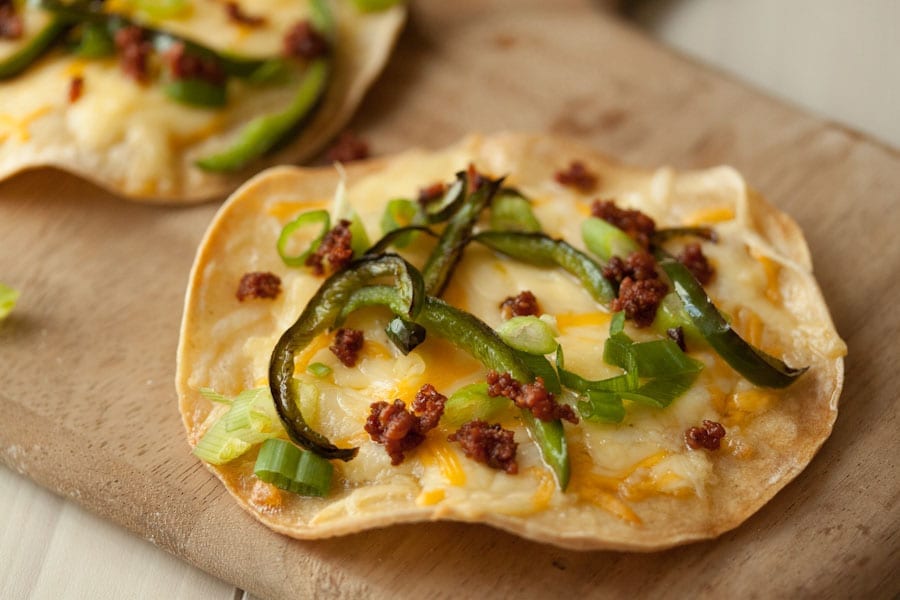 Cheese Crisps are my life. Literally. They probably make up about 50% of my body because they are pretty much all I ate until I turned 16. Growing up in Tucson, AZ (where the original cheese crisps is rumored to be invented) it’s pretty hard to stay away from these little treats. It’s pretty much an open faced flour tortilla, smeared with a little butter, toasted in the oven and then smothered with cheese, toasted again and voila – a cheese crisp!! I kid you not, these will change your life. If you’ve never had one before you need to run to the store immediately, pick up the ingredients and make them. Because they are a.w.e.s.o.m.e. And if you’re feeling jazzy – then you can sprinkle on a few of your favorite toppings like scallions, sauteed poblano peppers and some spicy chorizo. (drool) 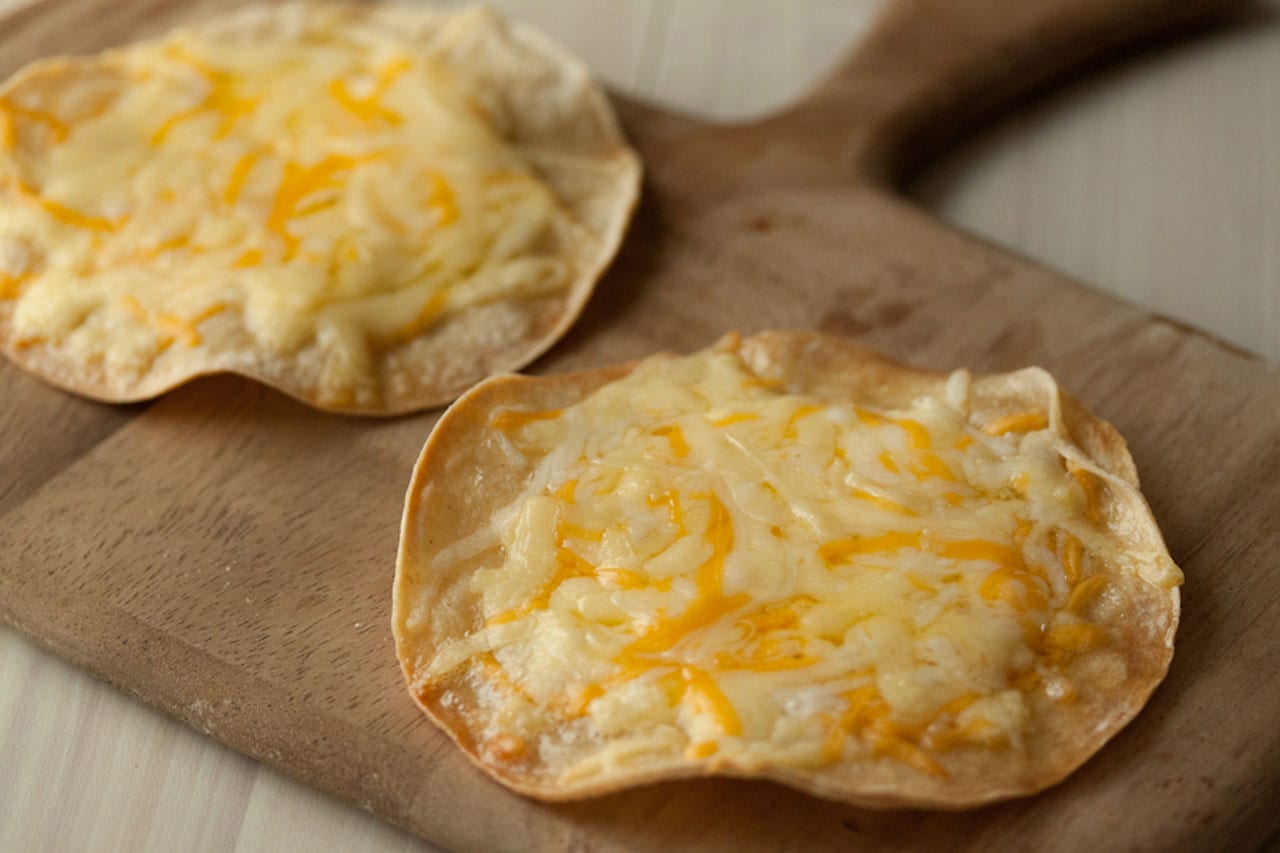 Here are some plain cheese crisps. They are pretty much heaven. You could serve them just like this and people would be begging you to make them again. 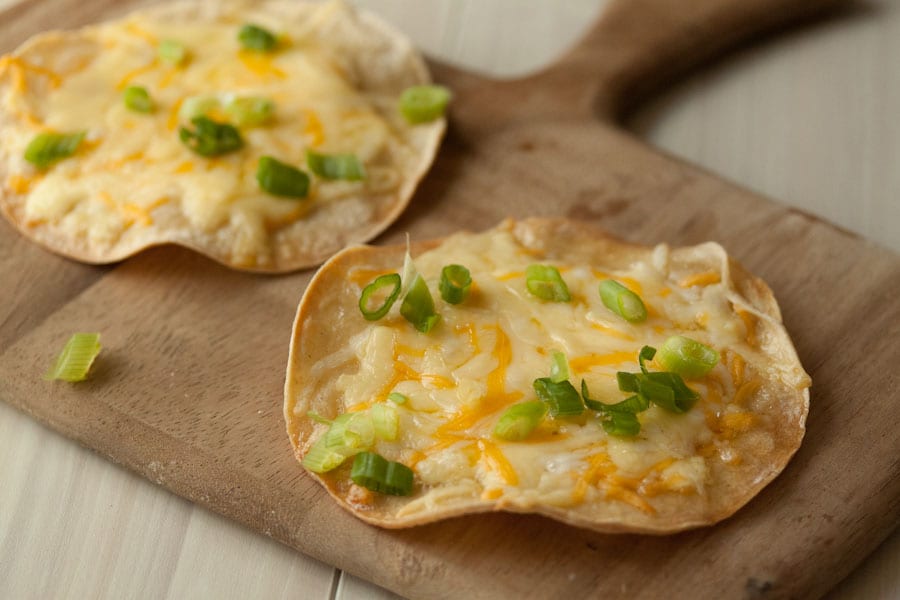 Maybe you sprinkle on a few sliced scallions. Or some cilantro. Perhaps some chives. Whatever floats your boat. 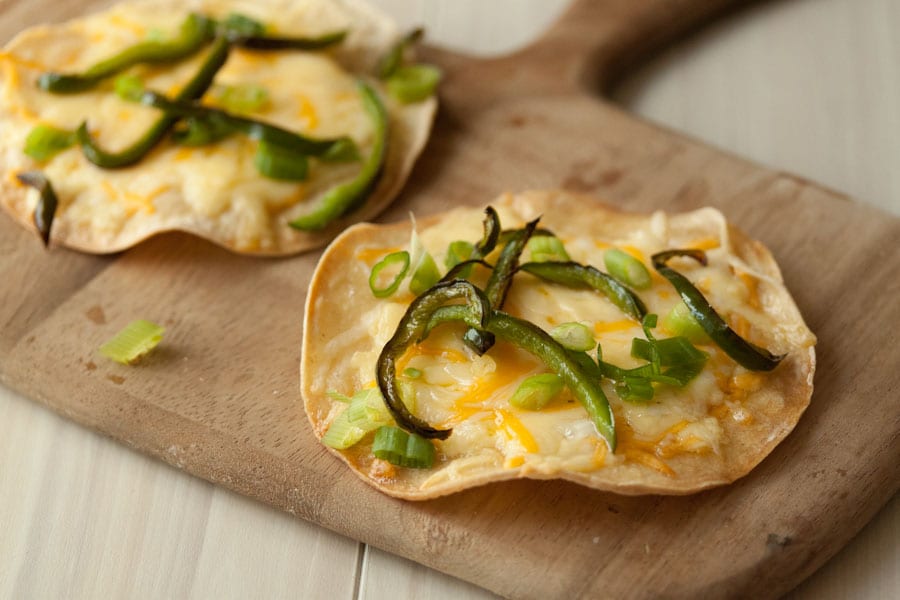 As an Arizona girl, I had to add some peppers. It was only right. 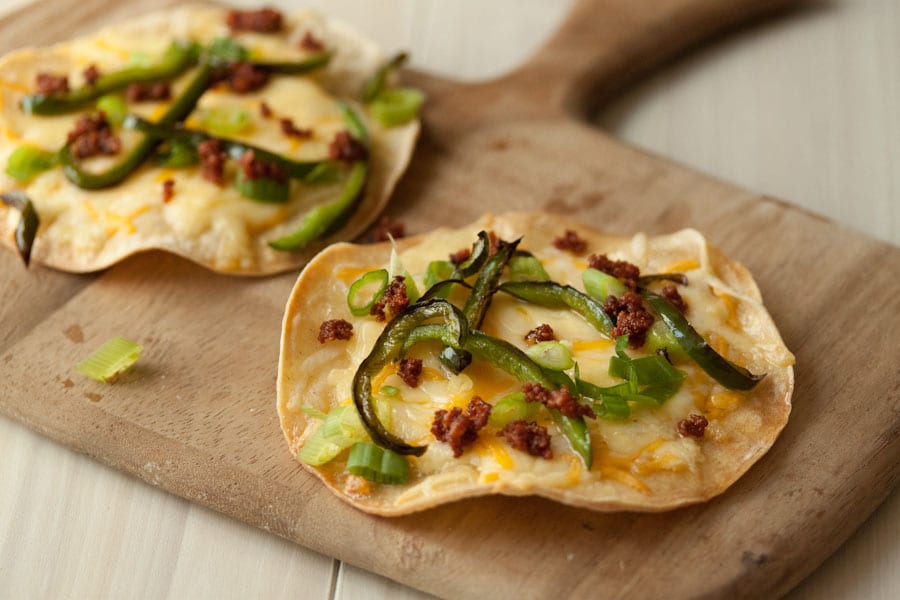 And then I finished it off with some chorizo. Be still my heart. I literally couldn’t control myself when I made these. I just wanted to keep eating them. But then I remembered they were for a party and people were coming over in 20 minutes and I needed to stop stuffing my face and get myself cleaned up because there may or may not have been cheese and chorizo all over my clothes. Don’t judge. 🙂

Promise me you’ll make these immediately. Okay, I’ll even wait 24 hours. But you’ve gotta do it. They will rock your world! 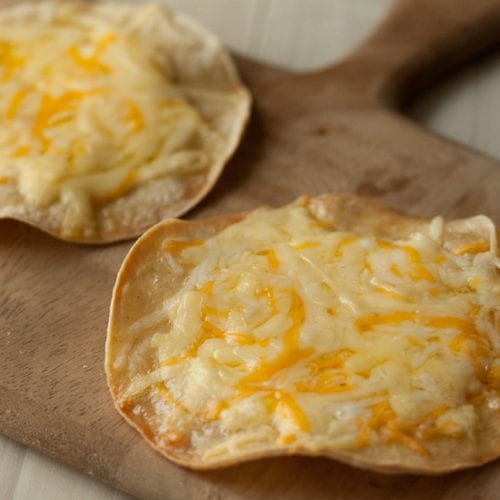 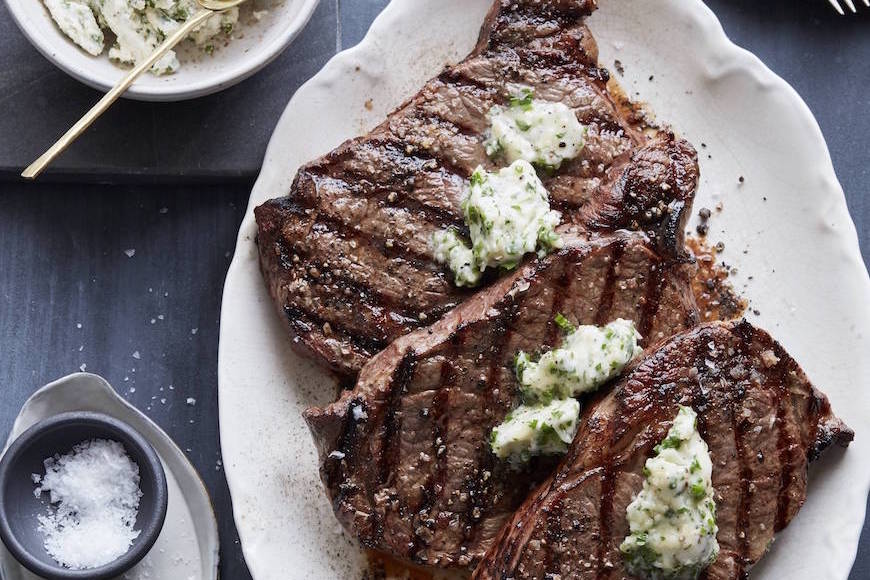 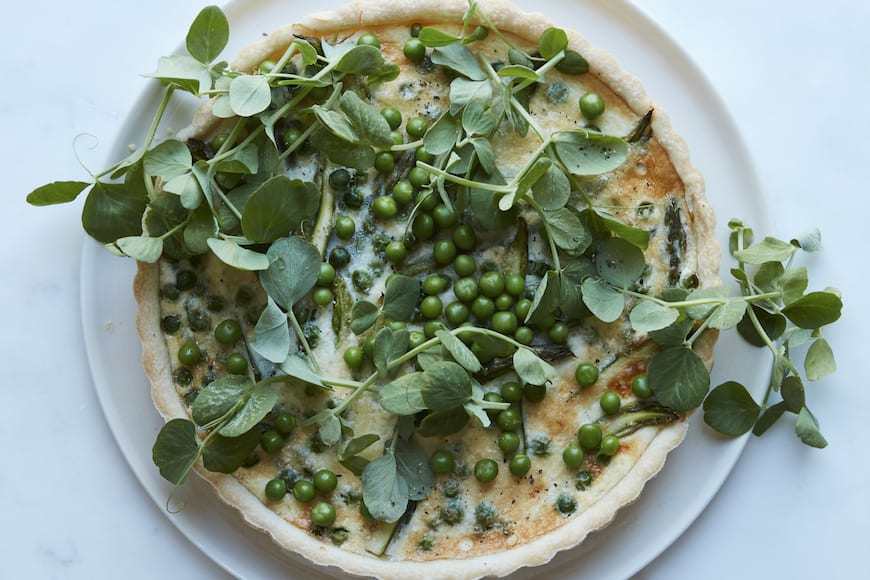 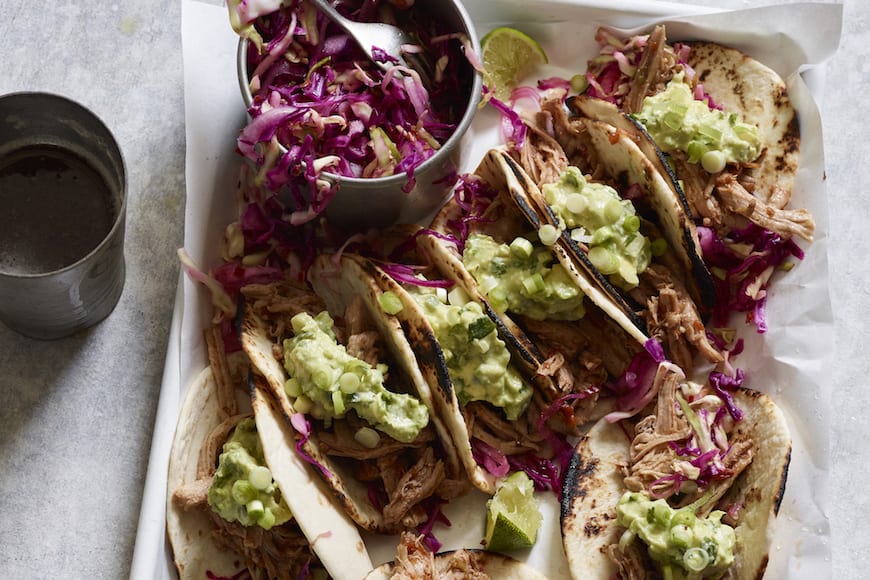