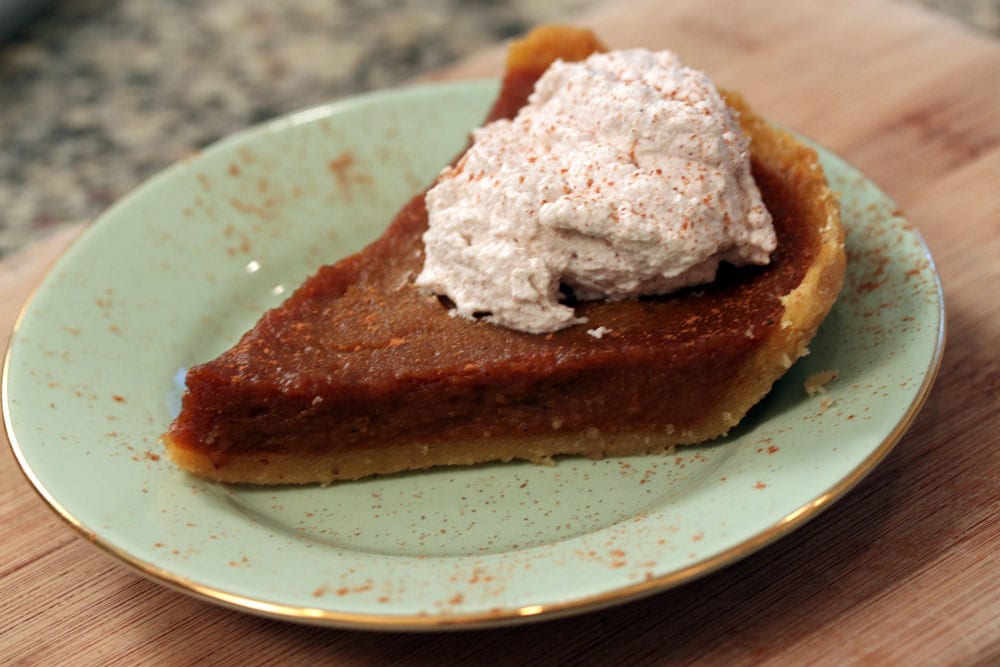 Last year around this time, I started getting emails from tons of my clients asking me to make pies, specifically pumpkin, for them for the holiday season, which I happily said yes to and then turned around and freaked out because I had never made a pumpkin pie before!! I don’t know why – but we were never a pumpkin pie kinda family. We are more of an apple crisp with a big scoop of vanilla ice cream kinda family. So there I was, with like 20 pies to make, and not a clue in the world of how to make one. So after much research, calling family members who did like pie, and way too many calories in testing later – I finally had  a great pumpkin pie recipe!

What makes this even more special is the cinnamon infused whip cream on top. It just adds that extra little bit of sass to your pie! 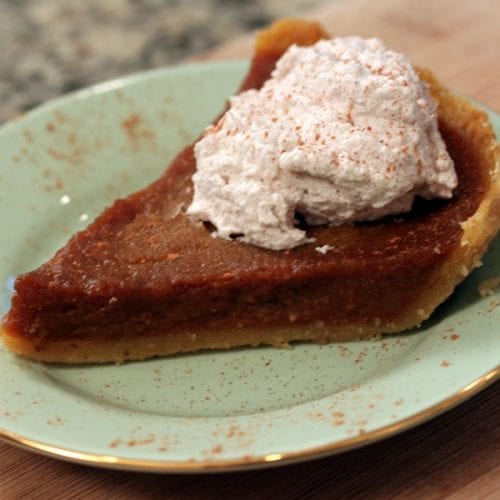