I’m pretty much down with anything that gives me an excuse to eat guacamole. Not that you really need an excuse to eat guac! But rather than just eat it with a spoon, straight out of the bowl, I whipped up a batch of these Corn Fritters with Spiced Crema and made a sassy Mexican themed meal out of it! 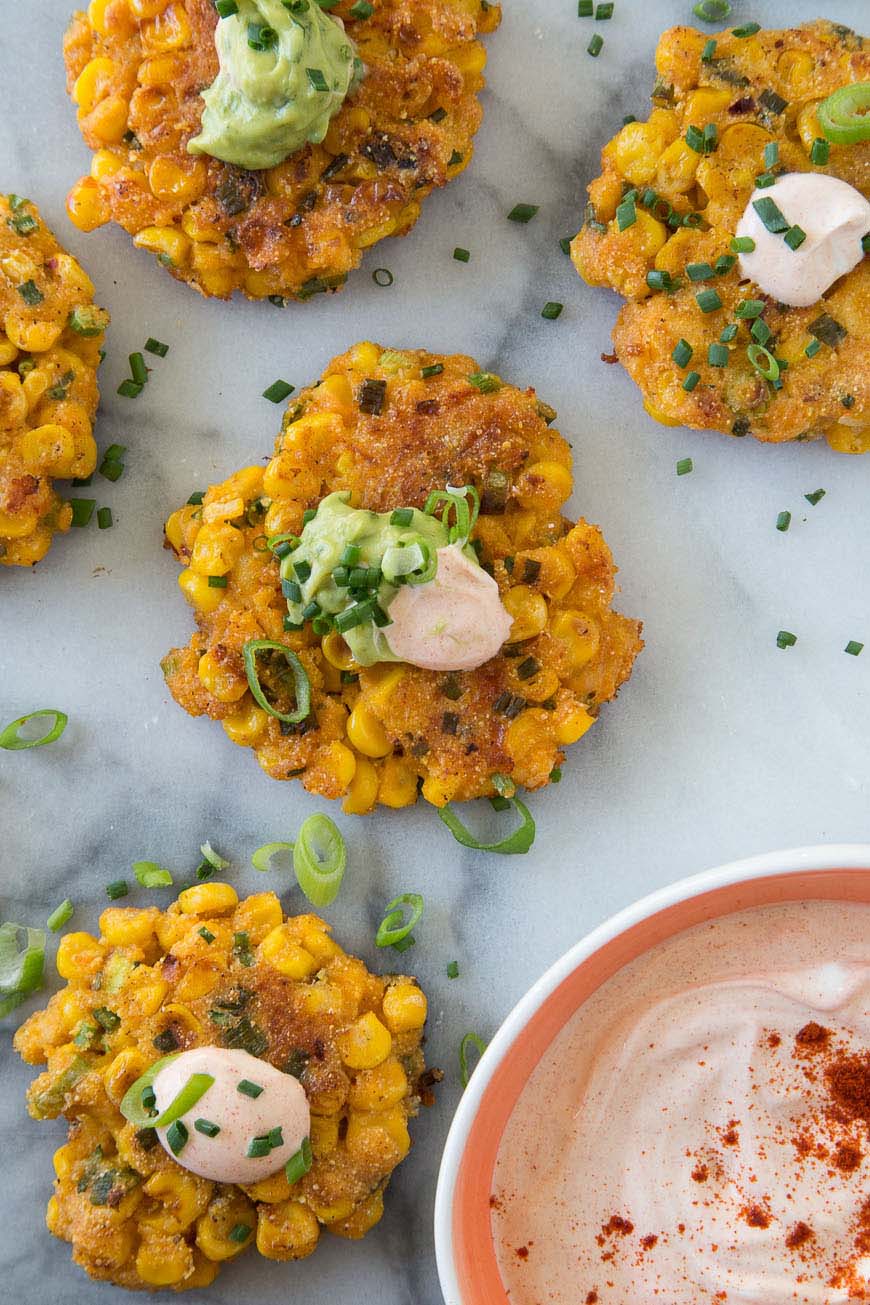 Growing up my mom used to make this epic Corn Soufflé that is loaded with all kinds of spices, cheese and some herbs! It feeds a crowd, and since it’s just me and Thomas, I whipped her recipe into more of an appetizer/tapa kinda thing! It worked brilliantly and I’m officially obsessed. I’m also excited to be kicking off a partnership with McCormick! They are basically the king of spices and I’ll be using their awesome products for tons of fab recipes over the next few months 🙂 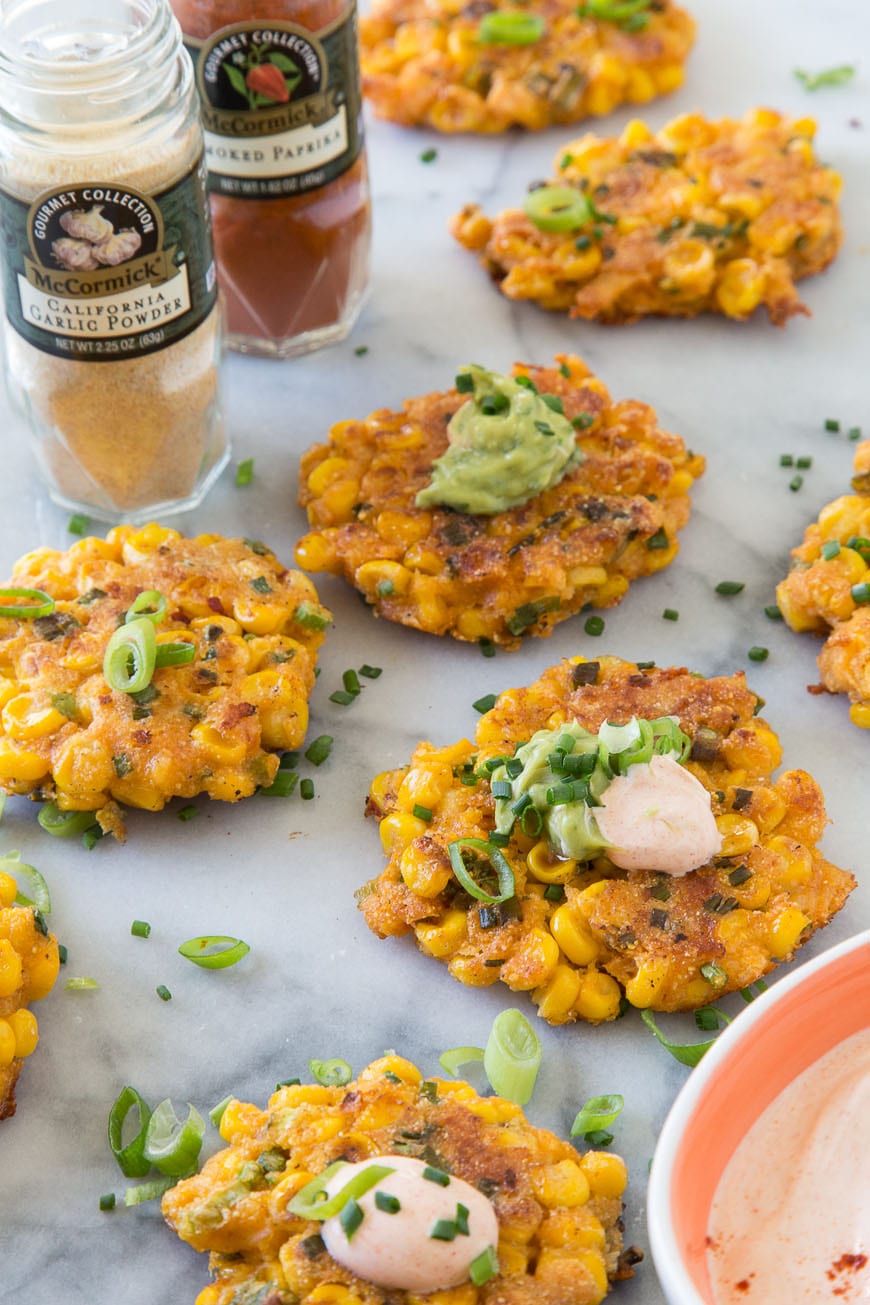 These fritters loaded with fresh corn, a touch of cornmeal, sharp cheddar, Sweet Paprika, California Garlic Powder and lime juice along with some freshly cut herbs! (Not freshly cut from my garden, because we all know I kill plants, but from someone else’s garden who clearly doesn’t have a black thumb!)

Once they are shaped and lightly seared, they get topped with guacamole (duh) and a spiced crema that’s made with smoked paprika to kick things up a notch and give you a bit more zip! 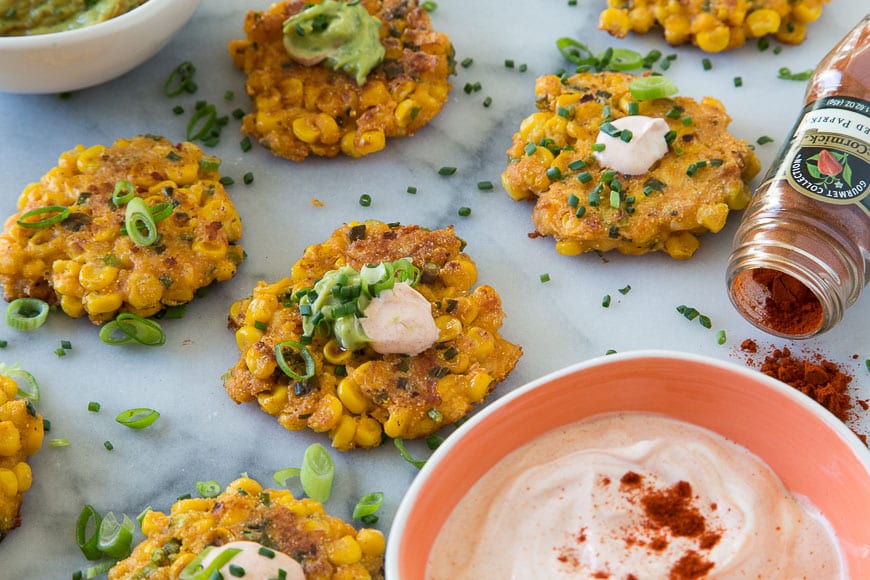 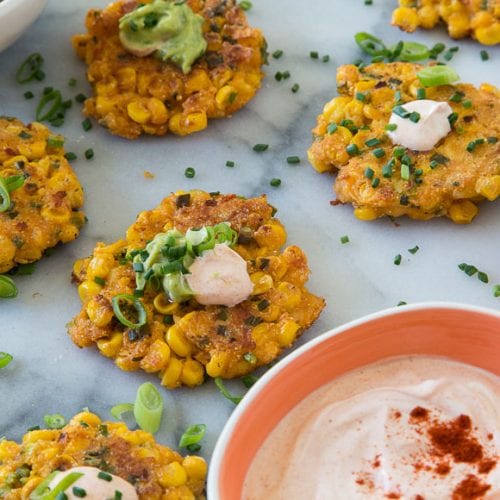 For the Corn Fritters

For the Spiced Crema

For the Corn Fritters

For the Spiced Crema