Seriously. You guys. I just died. I have literally eaten this for breakfast, lunch and dinner for the past 3 days. I can’t be stopped. 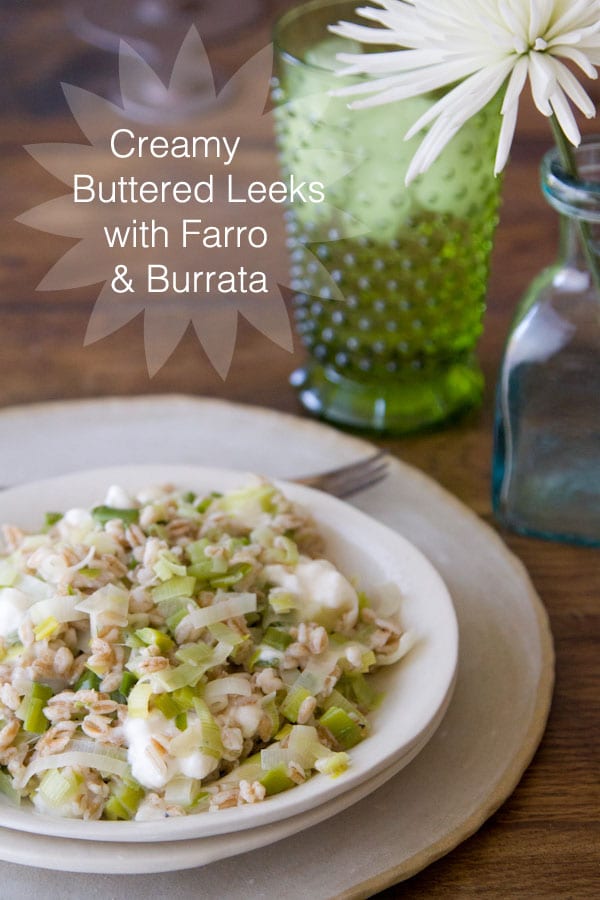 Let me tell you a story. I was strolling around the farmers market a few days ago, and bought like seriously 10 leeks. What on earth was I planning on doing with all of them, I don’t know. But I knew I needed some leeks in my life. Post farmers market, I swung by my fav Italian deli to pick up from freshly made burrata. And then I went home and decided that I was starving and needed to eat immediately. So I made avocado toast. Go figure. And about 10 seconds after I demolished my avocado toast, I decided I needed to make some seriously good leeks mixed with farro, topped with parmesan cheese and stirred together with some burrata. So I did. And then I made it again the next day. And the next. And now I’m sharing the recipe here because it’s so freaking good.

It might not be the prettiest picture of all times – but trust me when I say that you have to make this. It’s so freaking good.

The leeks are sautéed in a combination of olive oil and butter. Because that’s the right thing to do.

The farro is cooked just perfectly so it still has just a bit of a bite.

The parmesan adds a nice nutty and saltiness to the dish.

And the burrata. I mean what is there to even say about burrata. It’s the best cheese on the face of the earth and I wish I had access to freshly made burrata at all times. Morning, noon and night. It’s just that good. (and if you can’t find burrata – feel free to substitute freshly made mozzarella!!) 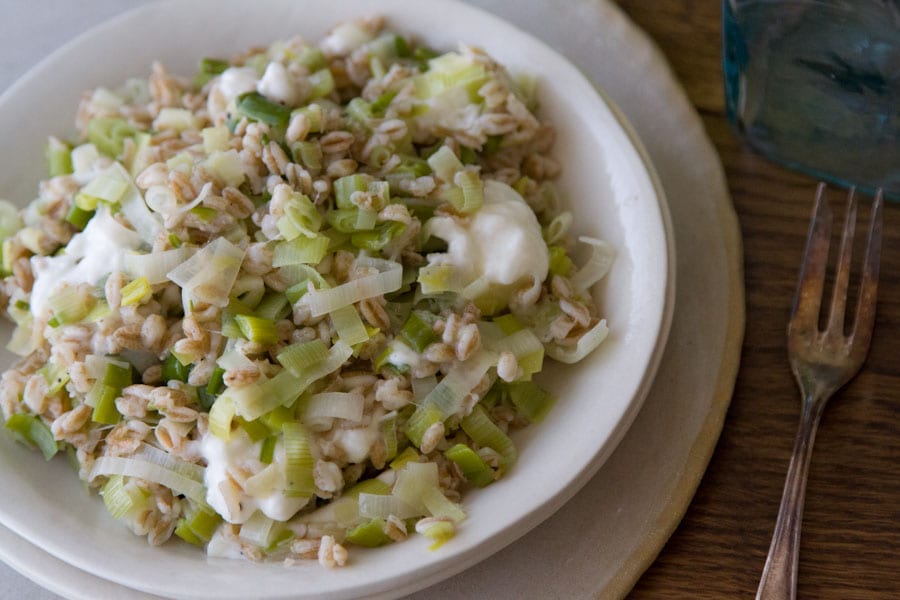 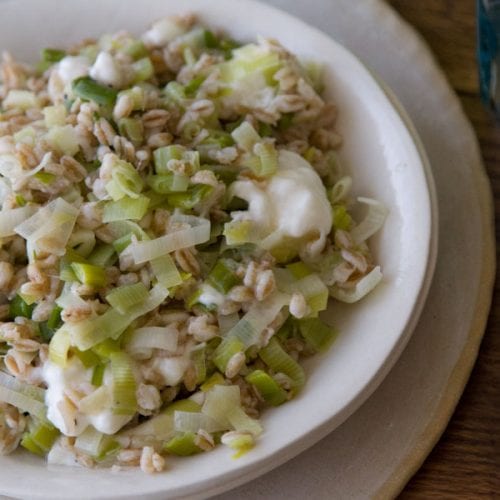 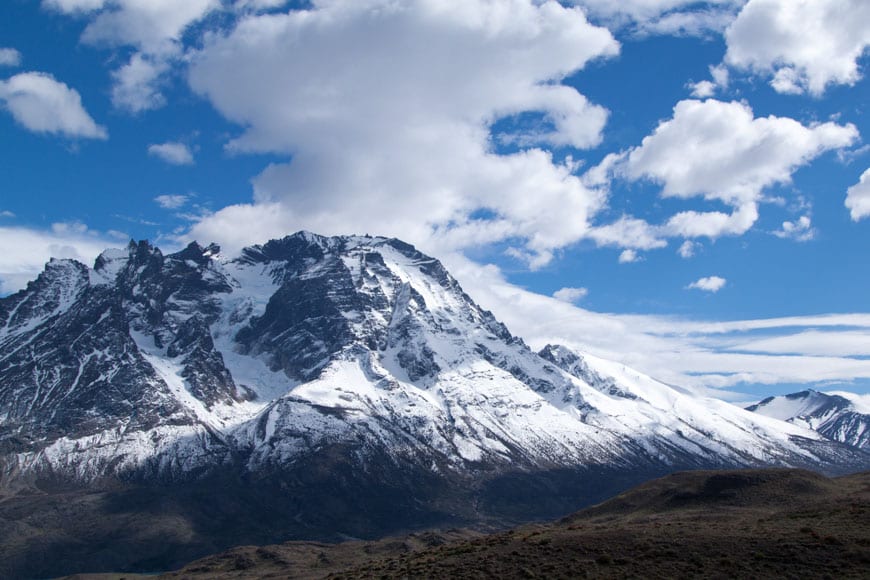 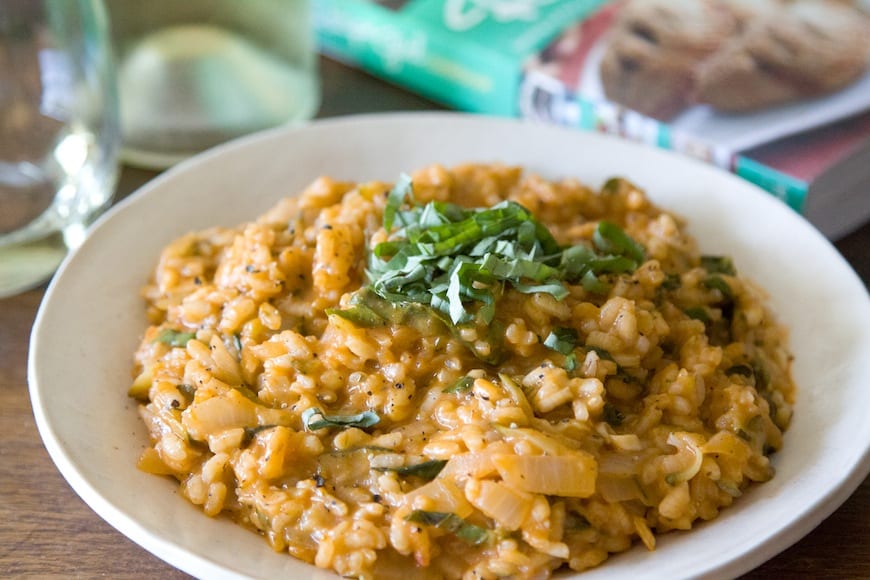 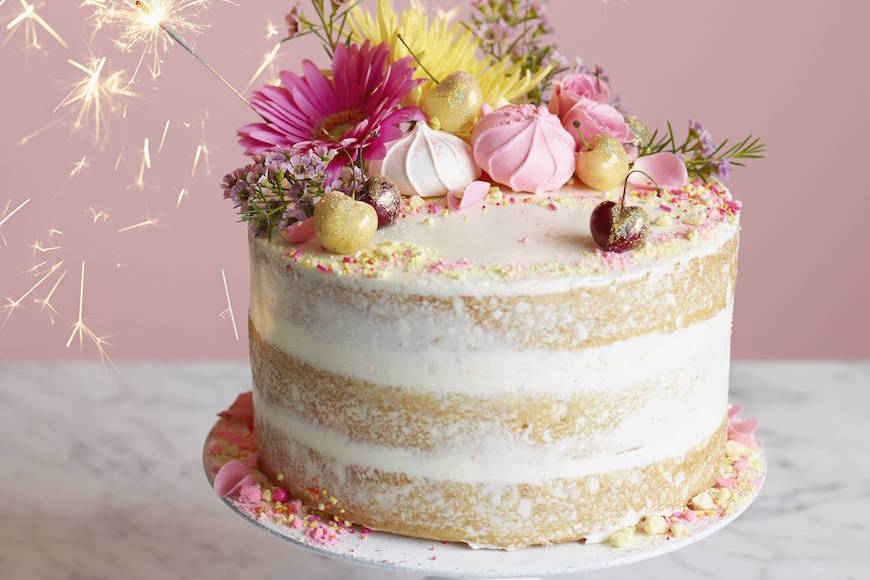