Last weekend I was part of an amazing group of people who took a long weekend trip to Portland, Oregon to discover what the city and it’s surrounding areas had to offer. With so much packed into one weekend, it’s almost impossible to share everything in one post… so here’s  a little run down of some of my favorite things from the weekend…

I started off the weekend a day early than the rest of the group. I headed straight to Nong’s Khao Man Gai, a food cart in downtown Portland that I had visited once before and remembered every single bite. It’s kinda amazing. Life changing even. 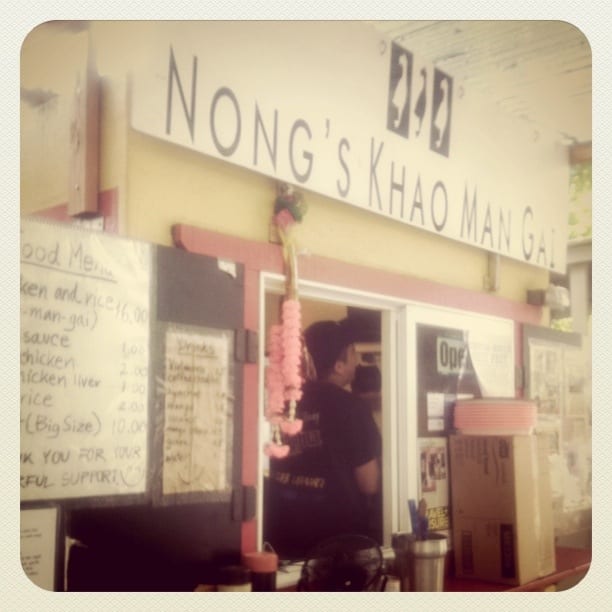 A super simple dish made with whole chicken which is poached in a garlic, ginger and sugar bath and paired with rice with and smeared with a sauce made of fermented soybeans with with garlic, ginger and thai chili. Ok so maybe it’s not super simple, but it’s truly delicious. And probably one of the most famous food trucks in Portland. If you’re in the area, you pretty much have to go. Even if it’s for breakfast. It’s that good. 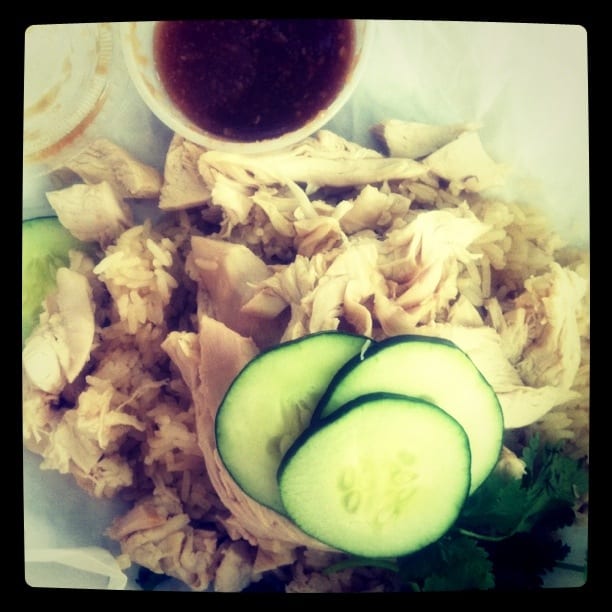 I hit up a few more food carts during the weekend. Another highlight was this carnita breakfast tacos with avocado on top! 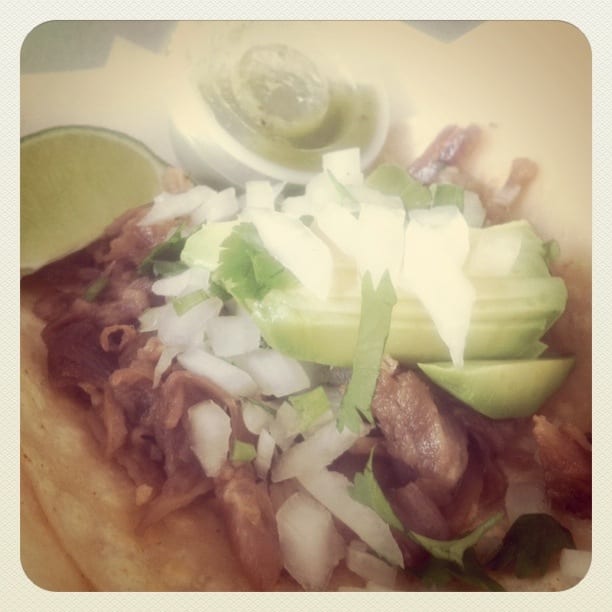 I explored the city for most of the day on Thursday. One of my first stops after the food carts was the International Rose Garden. It’s tucked away up in Washington Park and it’s seriously one of the beautiful and peaceful areas of Portland. 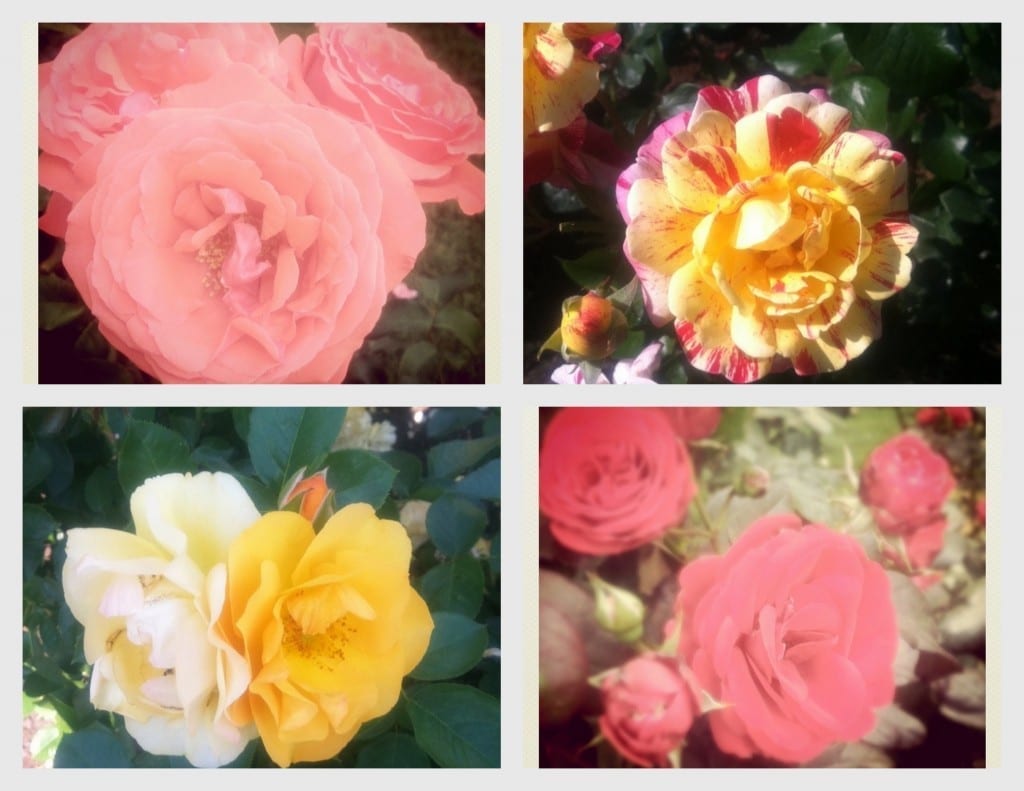 Just around the corner from the Rose Garden is the Japanese Garden. Equally peaceful. Equally beautiful. 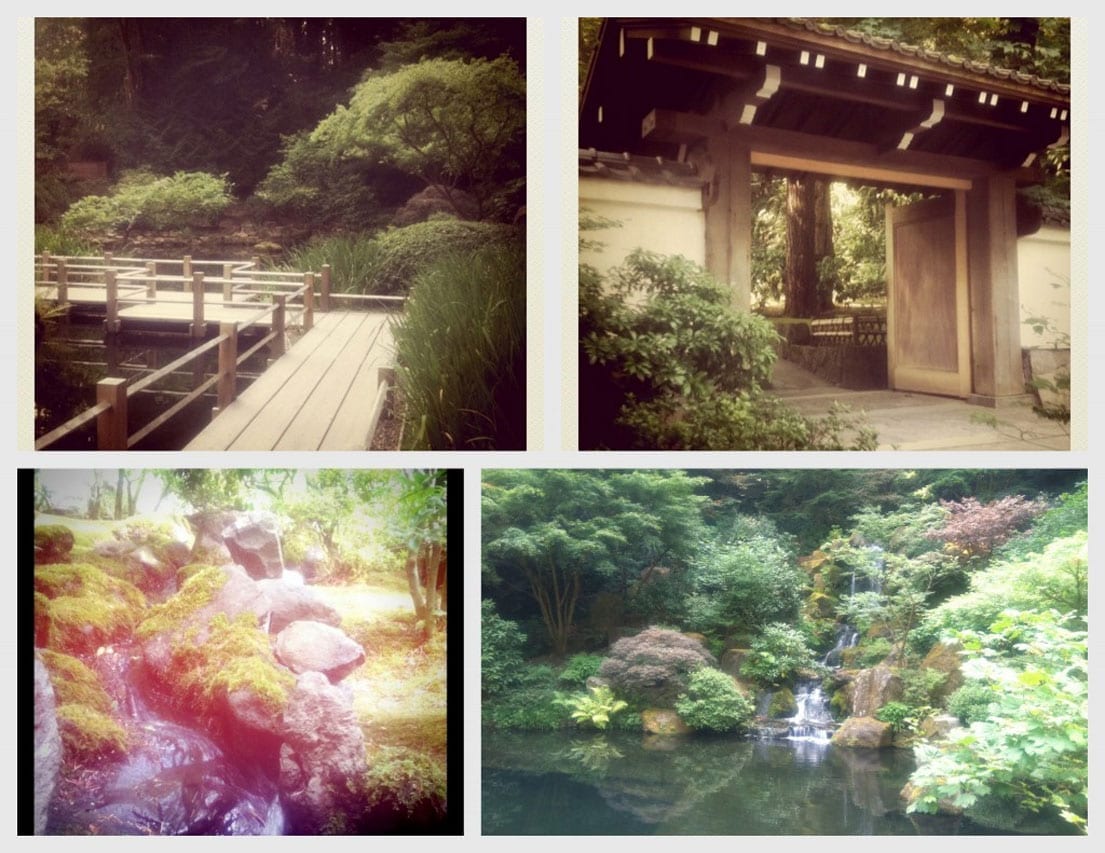 After spending the day exploring and hanging out with my sister. I met up with the group and we broke off into smaller groups to do dinner. Aviary was the restaurant of choice for our group and it’s safe to say that it was hands down one of the best meals I’ve ever had. Each and every course was mouth watering. The ingredients were at the peak of their season and make for one extraordinary meal. My favorite dish of the night was a zucchini charlotte with a summer bean ragout, smoked tomato consomme, with cucumbers and dill.

One can’t go to Portland in the summer without making a stop at the Saturday Farmers Market right around the corner from Portland State University. After picking up all the beautiful produce you can possibly carry, make sure you stop by Pine State Biscuits and get yourself a biscuit. Or if you’re feeling extra jazzy, get the Reggie. It’s a biscuit sandwich with fried chicken, bacon, cheese and gravy. It’s pretty much the size of my face. But it’s seriously worth every calorie. 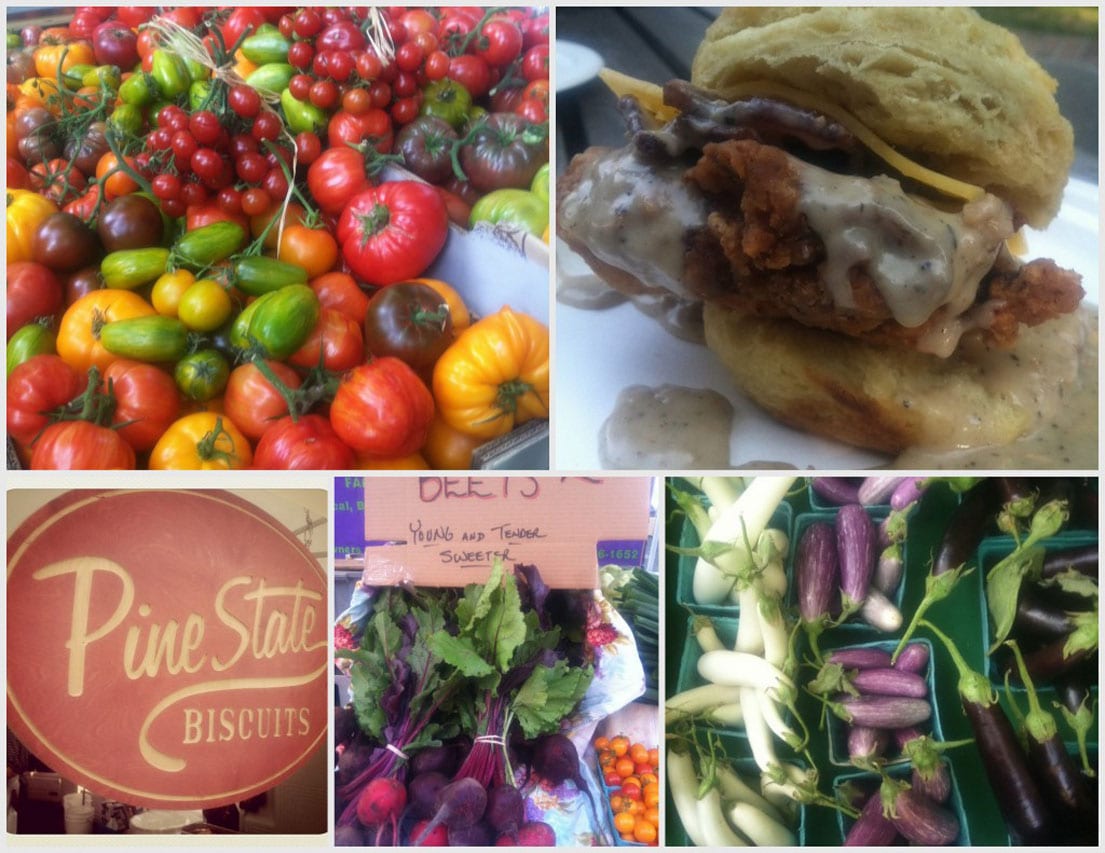 One of our evenings in Portland was spent at Wieden + Kennedy, an advertising agency, for a Burgers and Brews party. A HUGE shout out to Chef Chris at the Gilt Club restaurant. Not only was I completely obsessed with his double decker burger that he made, but I sent my dad and sister to his restaurant the following night and they had such an amazing meal! 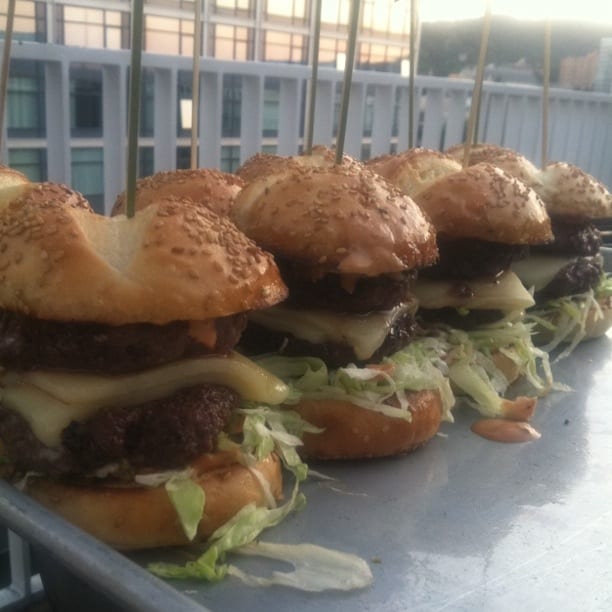 Cocktail Party anyone? I’ve heard numerous times that Portland has one of the hottest cocktail scenes in the U.S. and let me let you in on a little secret… it’s totally true! A few of us spent the day at The Rum Club and tasted different cocktails made with Portland based spirits. The cocktails are seriously mind blowing and amazing. Some of the things that are going on in the cocktail world in Portland are just hands down awesome! (more on this in an upcoming post!) 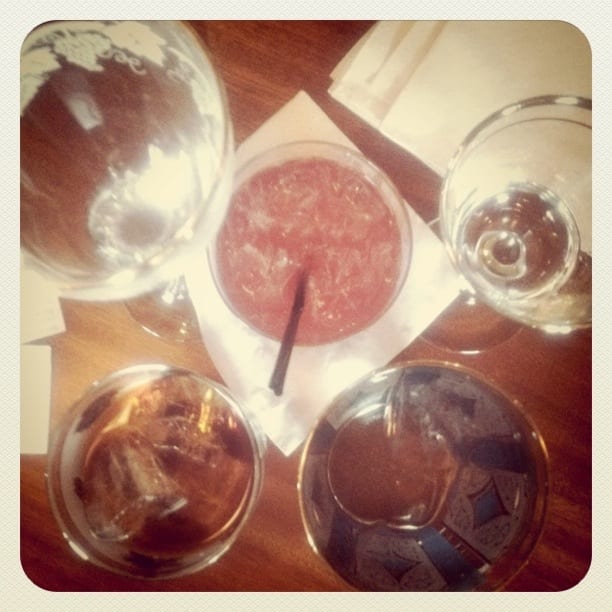 And last, but certainly not least, Portland and it’s surrounding areas has one heck of a wine scene. 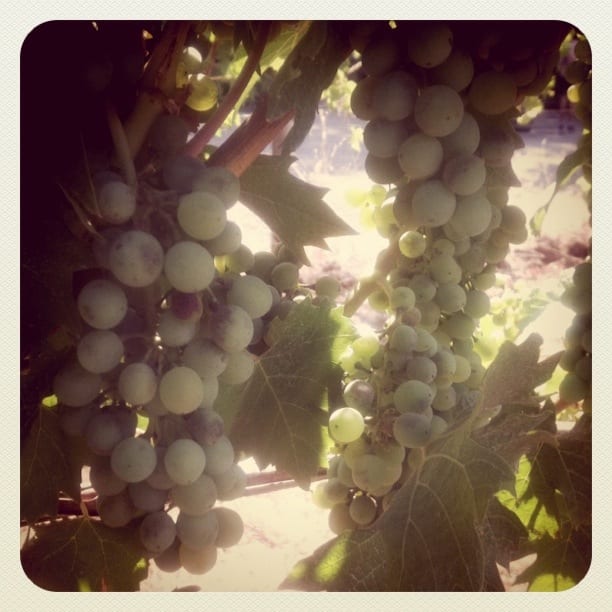 A group of us visited a few wineries during one day and had the opportunity to taste each wine makers favorite picks. We sampled from Sokol Blosser  + Ponzi  + Chehalem  + Eyrie  + Bethel Heights   + Matlello  + Antica Terra – it’s safe to say there was no shortage of wine that day 🙂 We tried everything from the famous Pinot Noirs which is what this wine country is known for, to up and coming wines that have yet to be bottled and sold!

During the course of these few days spent in Oregon, we ate at amazing restaurants, had the opportunity to eat with award winning chefs, and create one of a kind cocktails. Portland’s Food and Drink scene is truly one of the best in the country. I can’t wait to share different recipes with you as I try to recreate them at home.

A HUGE thank you to Maxwell PR, Travel Oregon and every single person who helped make this trip absolutely amazing. Portland is by far one of the most magical and happy cities I’ve visited. Portland is definitely a foodies destination as there are endless options for amazing meals and tons of fabulous food related day trips. I kinda want to move there!!

Disclaimer: My trip to Portland was paid for by Travel Oregon however my opinions were not and as my own. 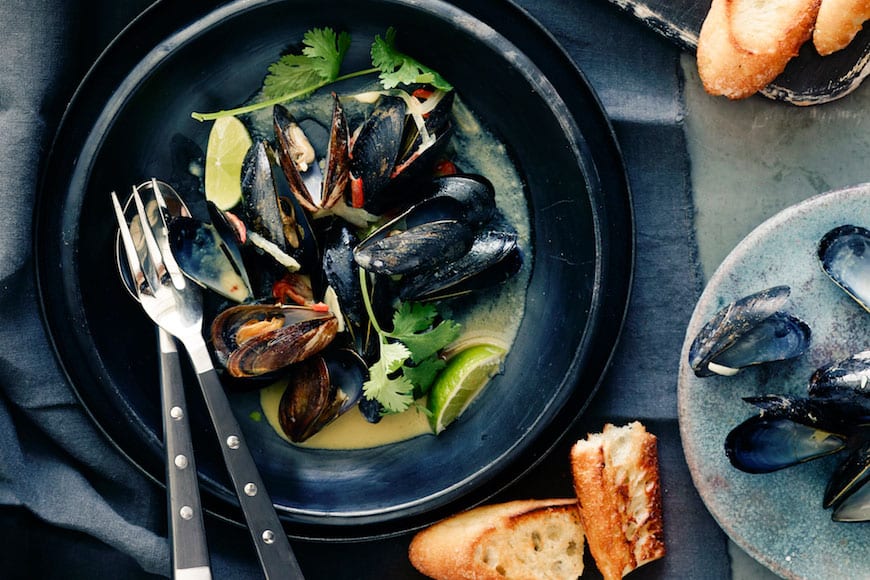 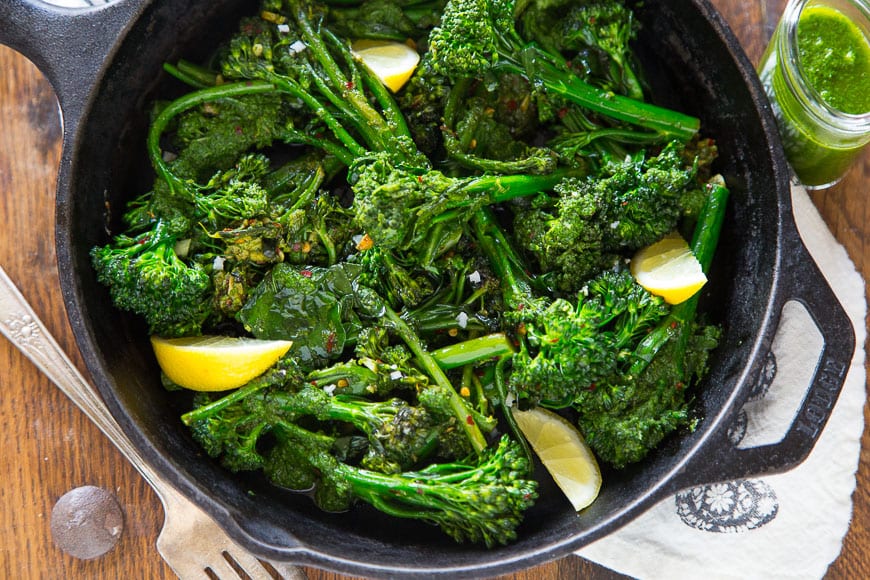 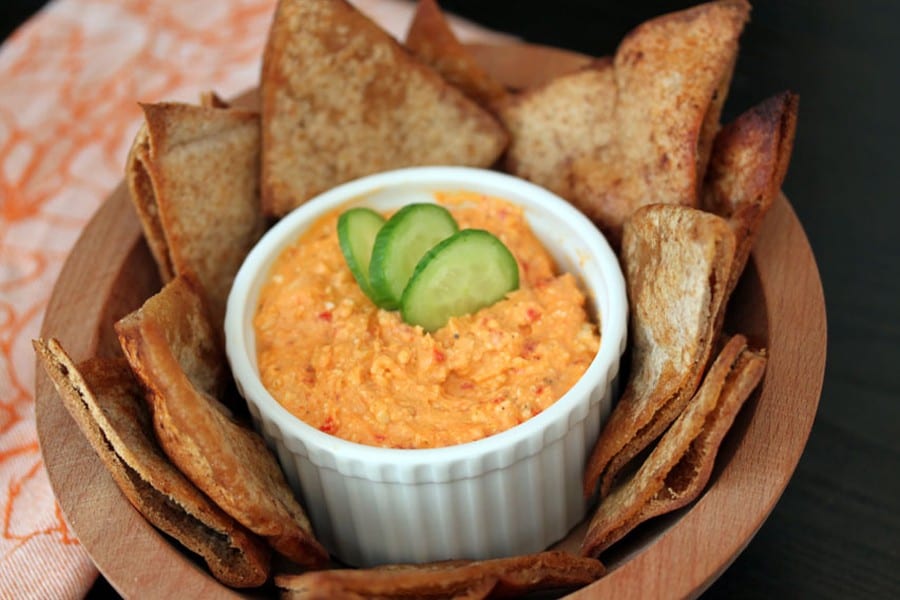