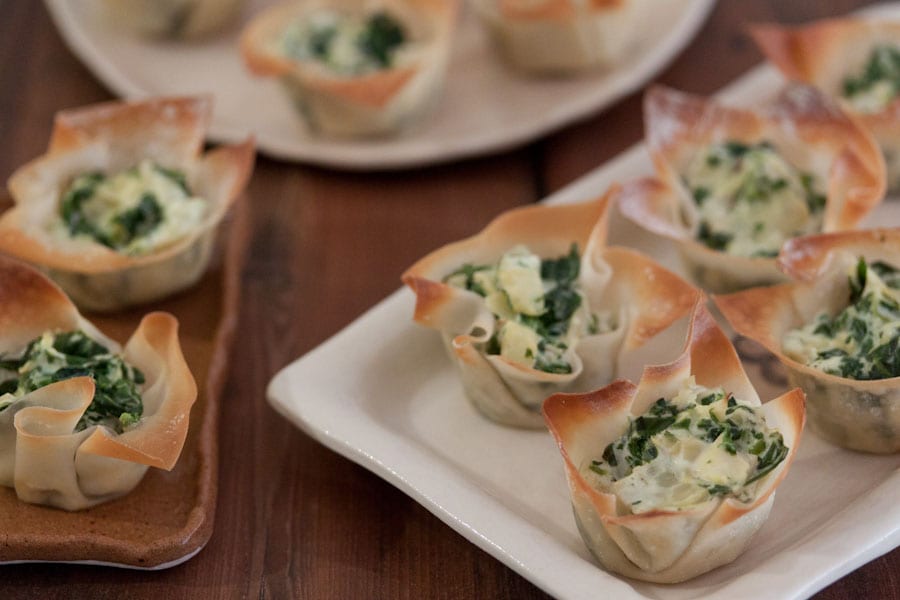 As we get closer and closer to the upcoming holidays, Halloween, Thanksgiving and of course all the fabulousness that occurs in December, I get more excited about throwing parties. Holiday parties are some of my favorite parties to host and cook for, since everything seems to be a little more laid back and willing to let loose and have fun. One thing I never have a shortage of at any kind of party is appetizers. They are a must! You’ve got to have things to nibble on as soon as people walk in the door. And these Spinach Artichoke Cups are always a hit.

Spinach Artichoke Dip is pretty much a staple at most parties, but dip bowls seem to get ugly halfway through the night, especially if you invite me to the party, because I camp out next to the dip and chow down. Ya I admit it. I’m cool with it. So to solve this little messy dilemma, I’ve started making individual spinach artichoke dips which are baked in wonton cups. It’s a one bite fix and the kids love ’em. So in honor of Fall Fest this week, and celebrating all things spinach, I’ve whipped up some of these Spinach Artichoke Cups! Here’s how to make them….

First, you’ll need some wonton wrappers. They are available at almost every grocery store in the refrigerated section. You’ll need 24 for this recipe.

Start by spray a mini muffin tin with baking spray. Each wonton wrapper is then going to get pressed into the muffin mold and then the whole tray goes into the oven for about 10 minutes 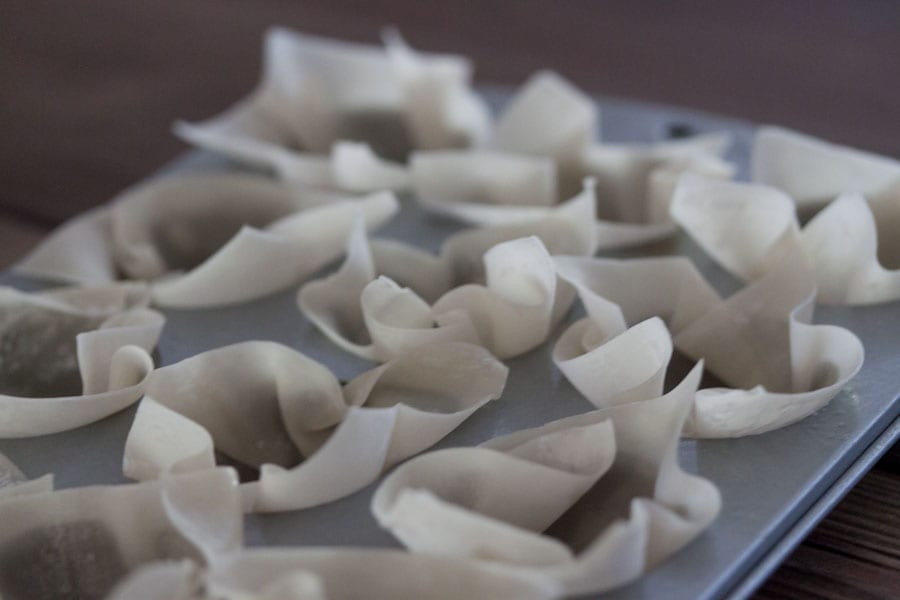 You just want to slightly bake them so the wontons hold their shape and turn a golden color. 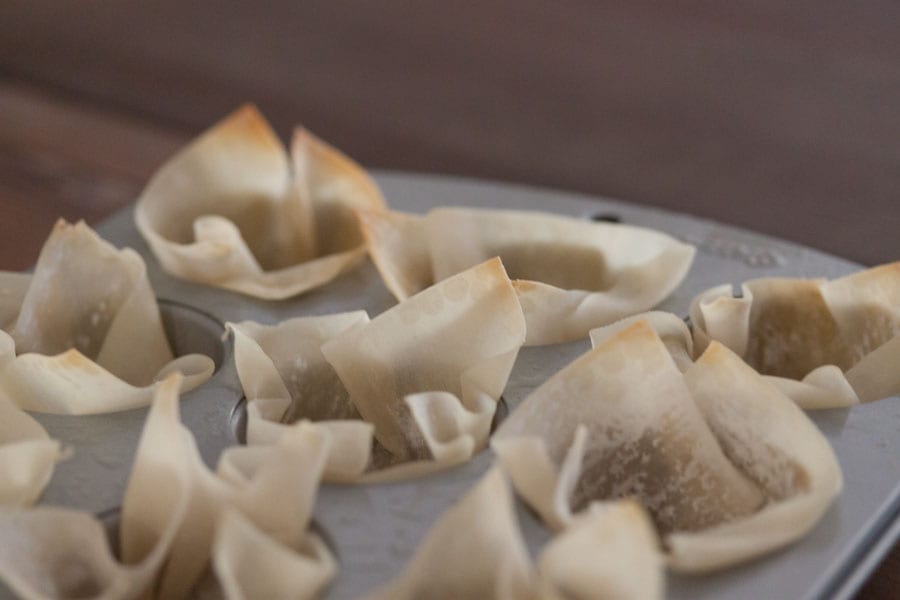 Once your wonton molds have come out of the oven, you’re going to prep the filling. This is the easy part… in a large bowl just mix together the spinach, artichokes, cream cheese, sour cream, Parmesan cheese, salt, pepper and red pepper flakes. Once everything is combined you just transfer the mixture to a bag and then pipe the mixture into the wonton cups. Each cup will hold about 2-3 tbsp of the spinach artichoke dip. These go back into the oven for 8-10 minutes until the wonton cup is a darker golden brown and the spinach artichoke mixture is just starting to bubble. 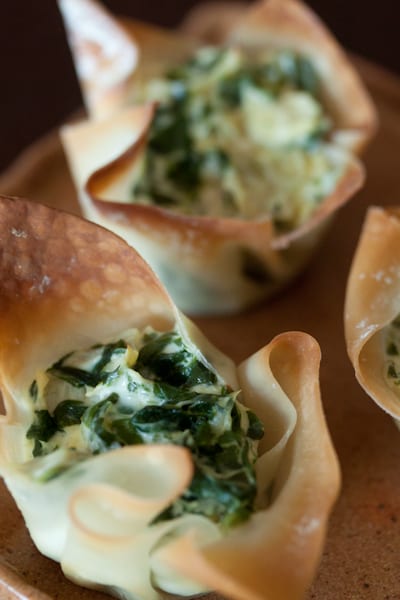 And then it’s time to serve these little bites of deliciousness. 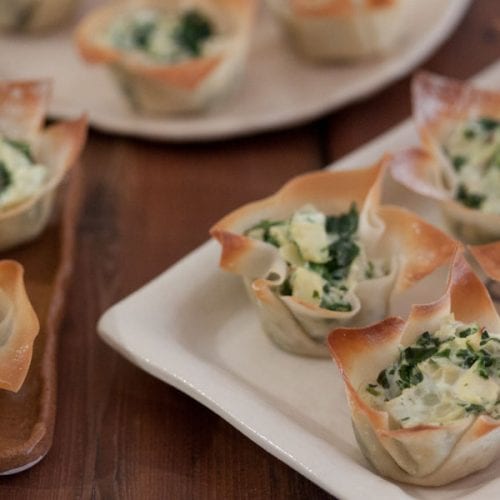