After gallivanting around the country for the majority of June, I’ve decided that it’s time to get back to some healthy eating habits and enjoy all of the great produce that is available during the summer. Now don’t get me wrong, I love eating out at fabulous restaurants, but sometimes a girl just needs some home cooked meals! So to kick off this spurt of healthy eating, I made a Fatoush Salad. Have you ever heard or had a Fatoush. It’s kinda my new favorite word? 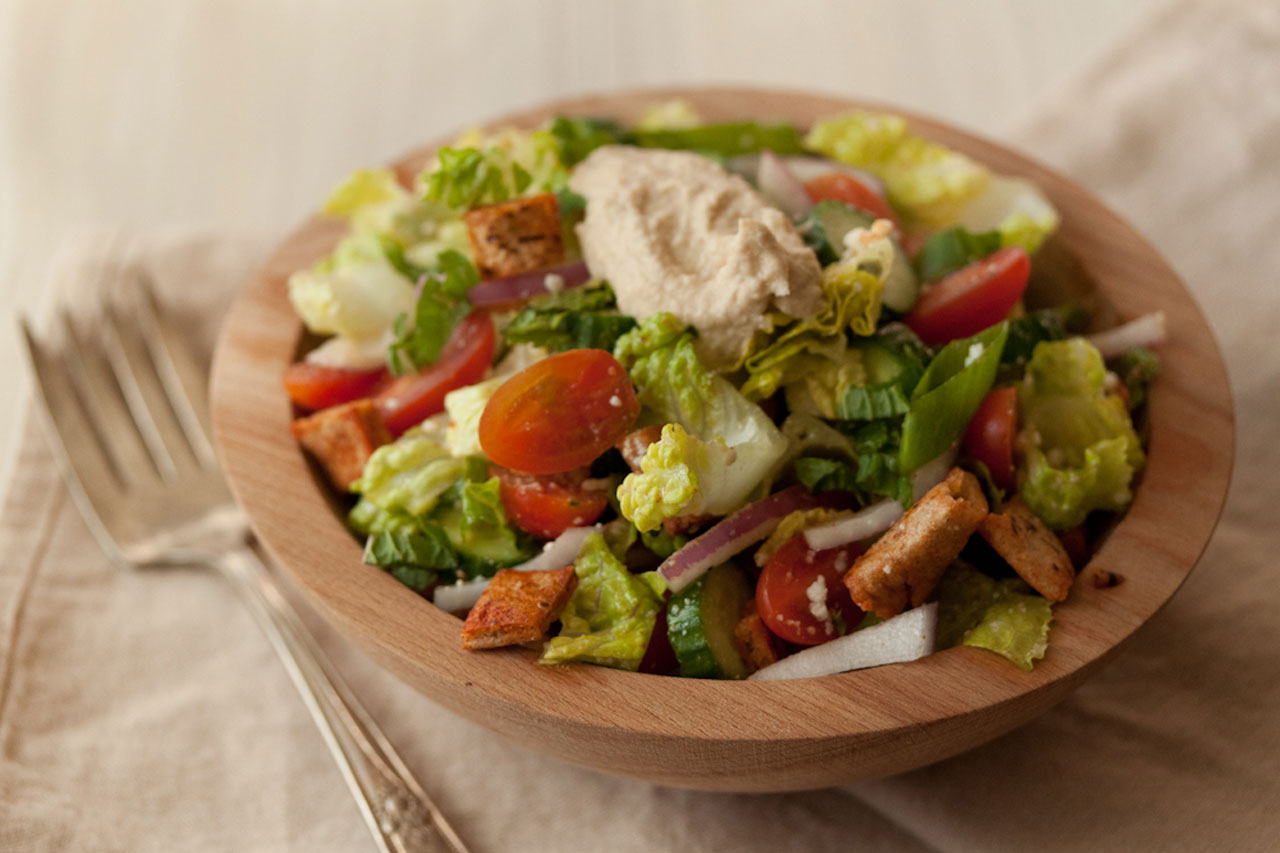 While were were in Marfa, TX a few weeks ago, we stopped by a food truck that made some of the most amazing Mediterranean food ever. The stand out favorite from that day was definitely the Fatoush Salad. It’s pretty much a Lebanese chopped salad and loaded with romaine lettuce, cherry tomatoes, cucumbers, green onions, red onions, mint, feta cheese, toasted pita chips and it’s traditionally served with tahini and a drizzle of yogurt on top. For my Fatoush, I opted for a dollop of homemade garlic hummus rather than the tahini sauce because well, I really like hummus. 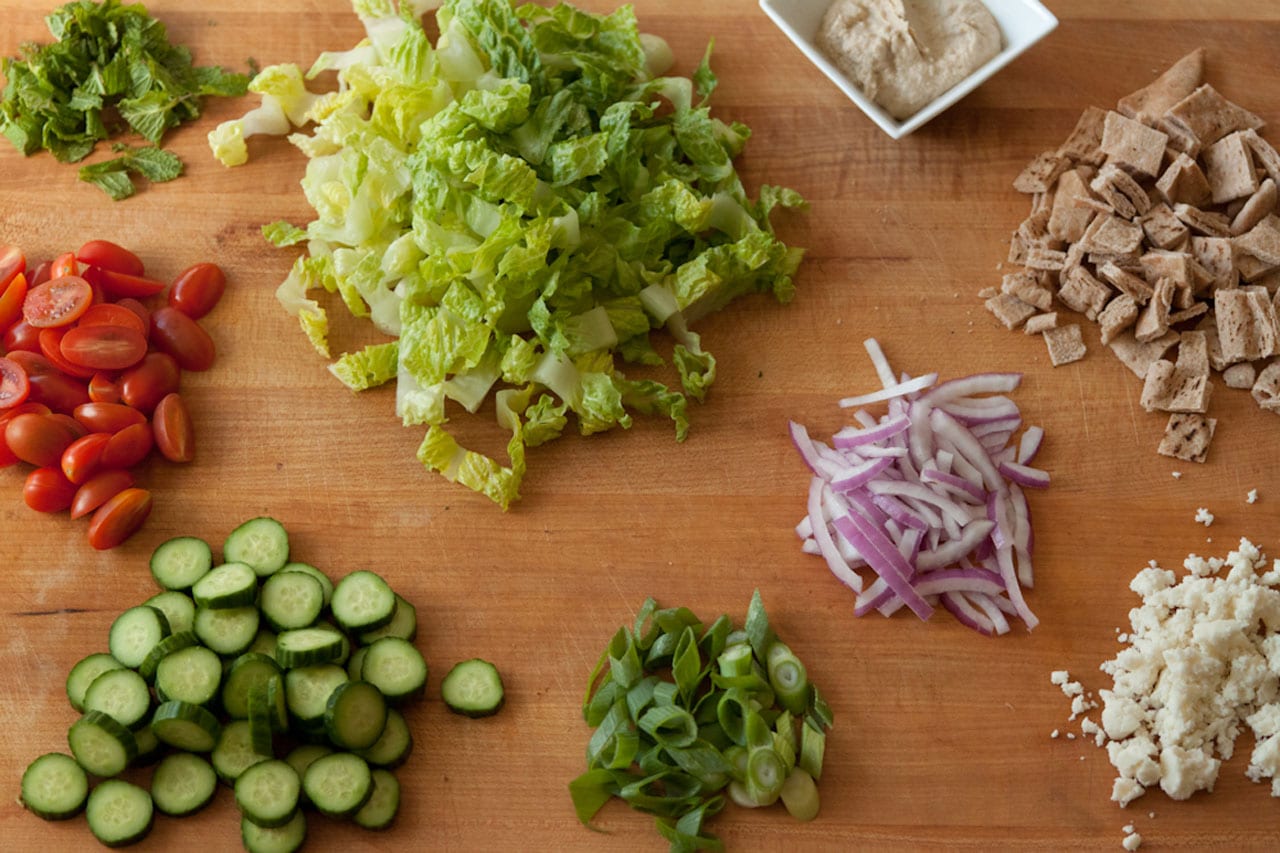 Once everything is piled high into a bowl, it gets a lemon-sumac dressing, a sprinkle of freshly ground pepper and then it’s ready to go.

The stand out part of this salad is the mint. I don’t know about you, but typically i don’t add mint to my salads – but this addition was a welcomed change and really made the salad pop! 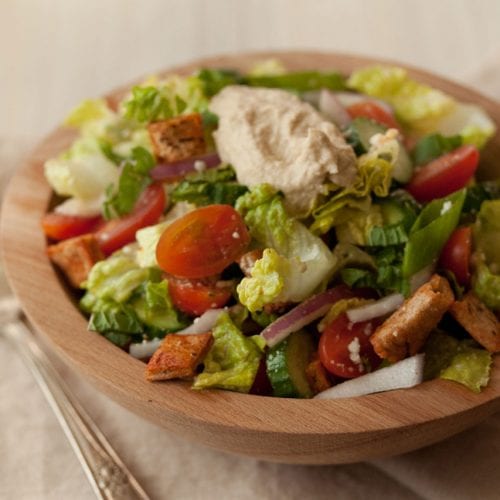