I’m not quite sure what’s more important today… this Ham and Cheese  Pasta recipe or talking about Game of Thrones.

Both of which had a seriously large impact on my weekend! And since writing about TV isn’t really my area of specialty… let’s just say that Game of Thrones was everything I wanted it to be an more. And it’s 100% my favorite show on TV right now! 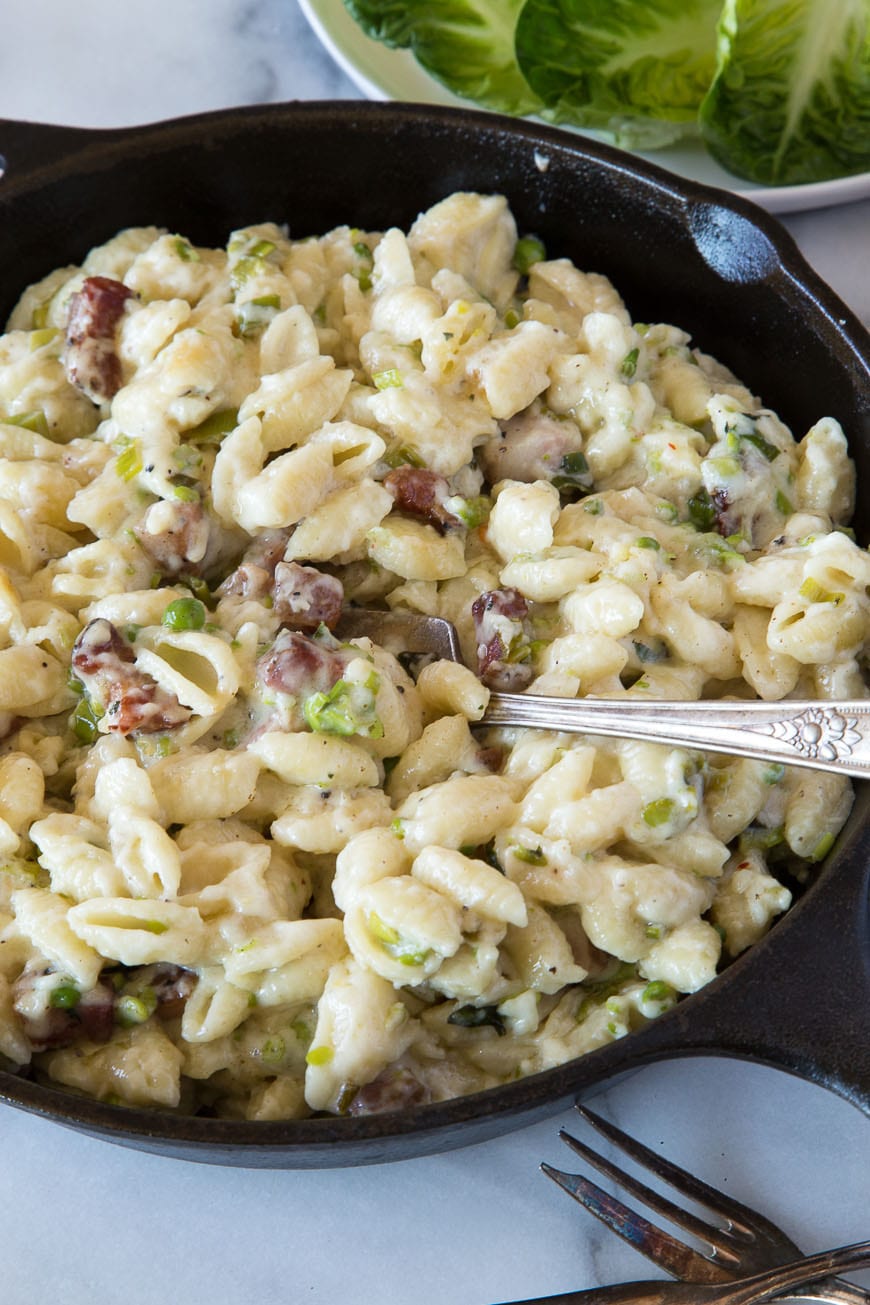 Okay – so back to food! My mom used to make Schinken Nudel for us when we were kids on the REGULAR! It’s a Bavarian ham and cheese pasta situation that made me beyond happy. Not to mention I always added an extra giant handful of cheese to my plate and called it a day. After having a mega craving for that, I whipped up my own version (slightly more decadent with the cheese sauce) that’s fit for an Easter celebration. Because really, I have a one-track mind, and Easter brunch is taking a leading role right now! So without further ado… I give you my Ham and Cheese Pasta complete with chunks of pancetta, 2 kinds of cheese, and some peas and green onions for a pop of color!