I am fairly confident that you all know my obsession with guacamole by this point in time. I could, and would, eat it everyday for every meal and I am certain that I would never tire of this. I am always on the lookout for new ideas that involved my beloved guacamole and this past week my boyfriend suggested that I make Irish Nachos. I have no idea where he came up with this idea – but whoever inspired it is a genius. And I love them. 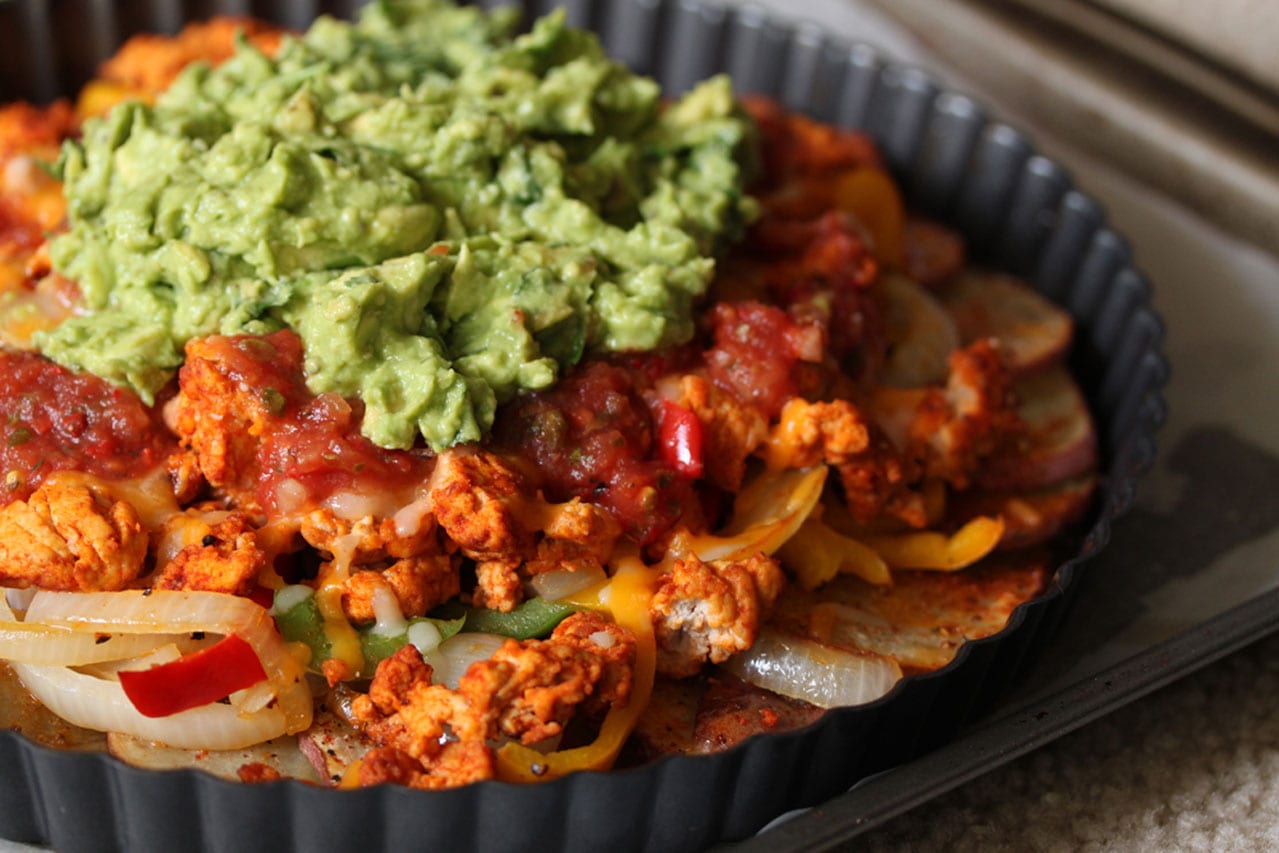 They are pretty much like regular nachos but so much better because instead of using chips, you use thin slices of potatoes and then pile on the other ingredients. They are down right delicious and a total crowd pleaser… not to mention extremely budget friendly. 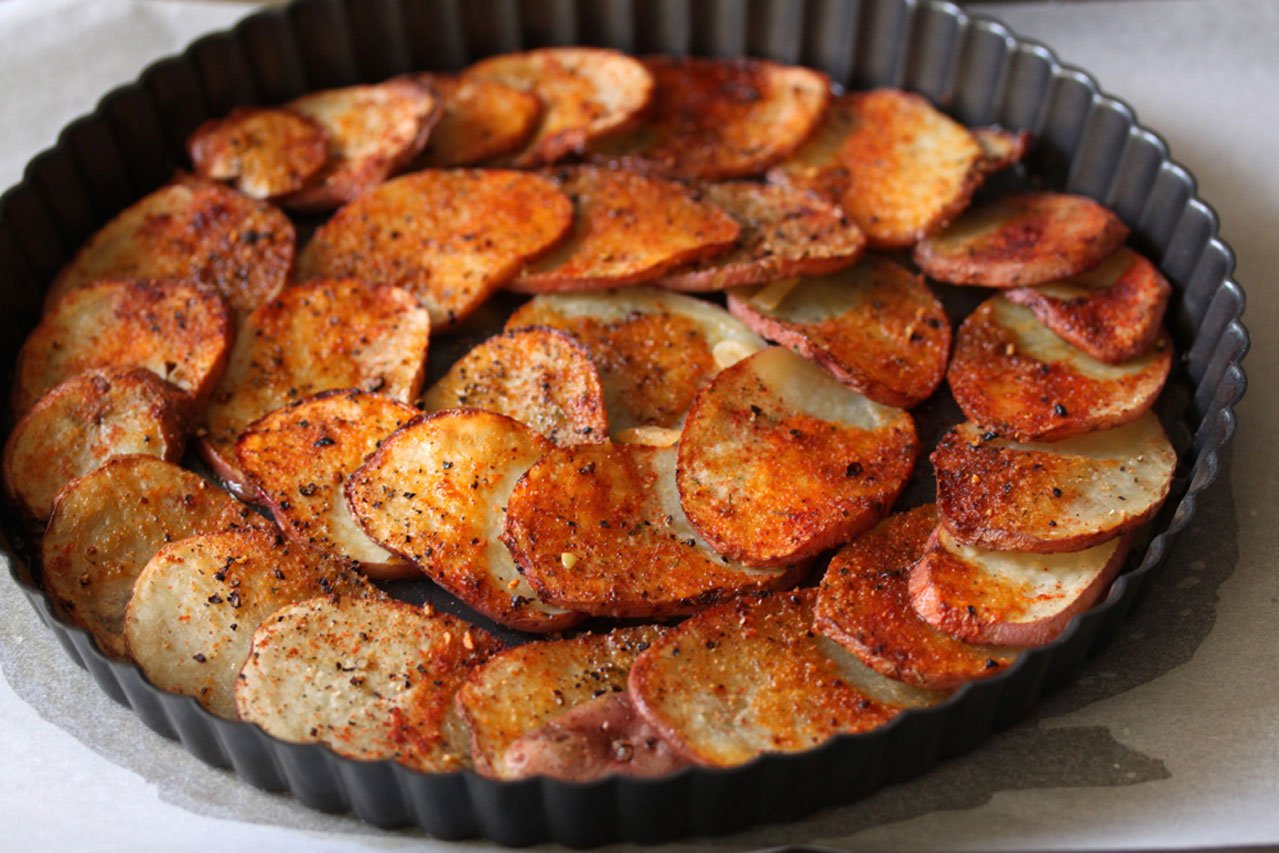 You start with a big plate of thinly sliced roasted potatoes

Next, pile on some sauteed vegetables… 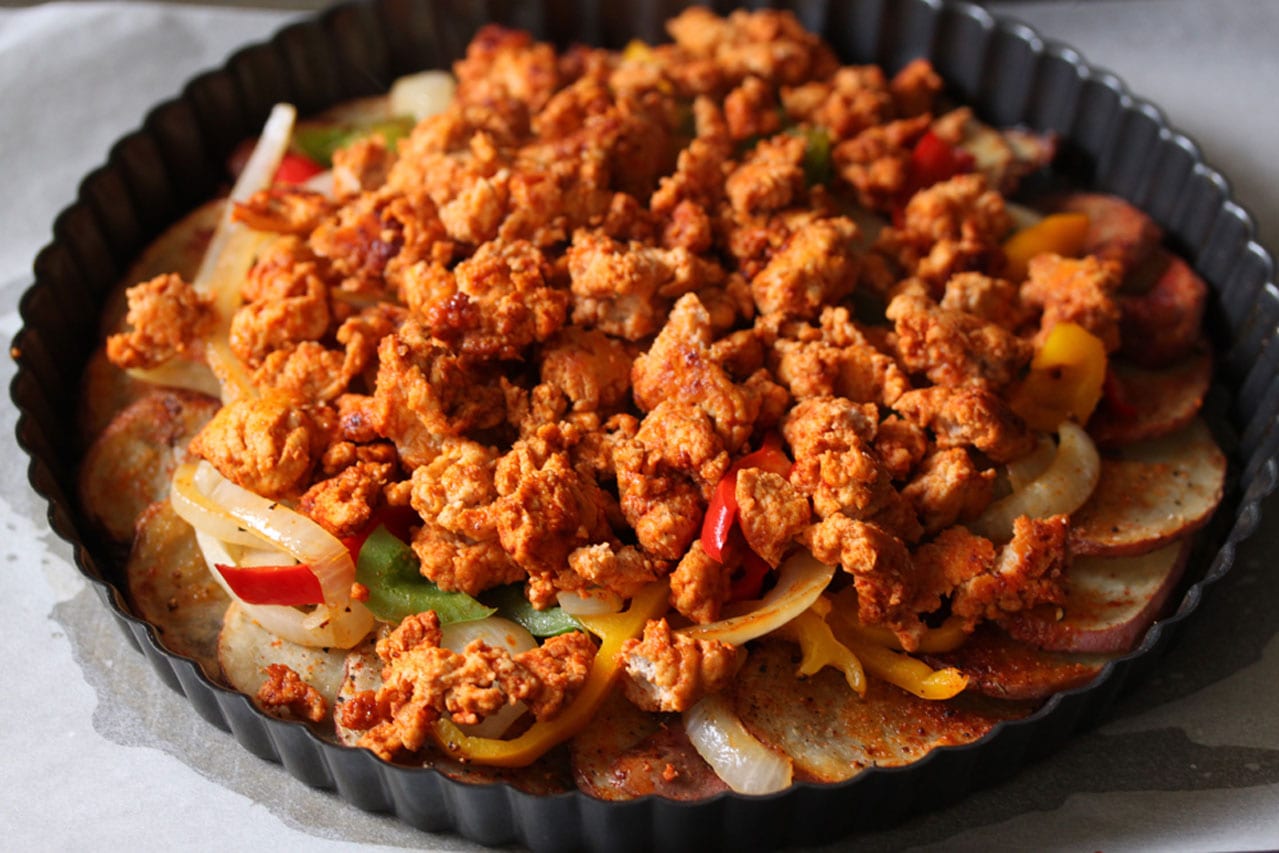 Then, layer on some sauteed meat. I used ground turkey but you really could use any kind of meat you prefer. It would be great with ground beef, chicken, lamb or even shredded beef, pork… whatever!! It’s all going to be delicious. 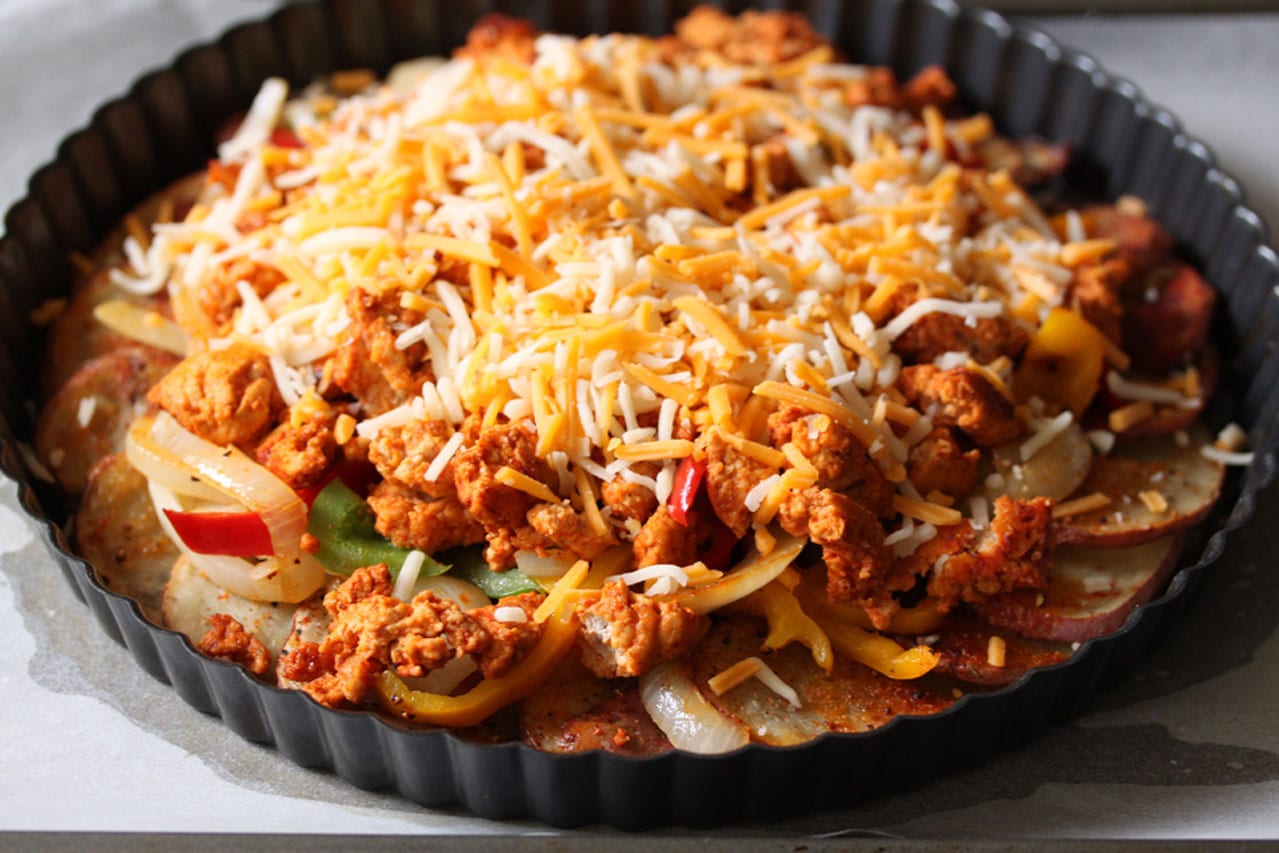 Add on a big handful of cheese and then stick it back into the oven to melt it over the nachos. 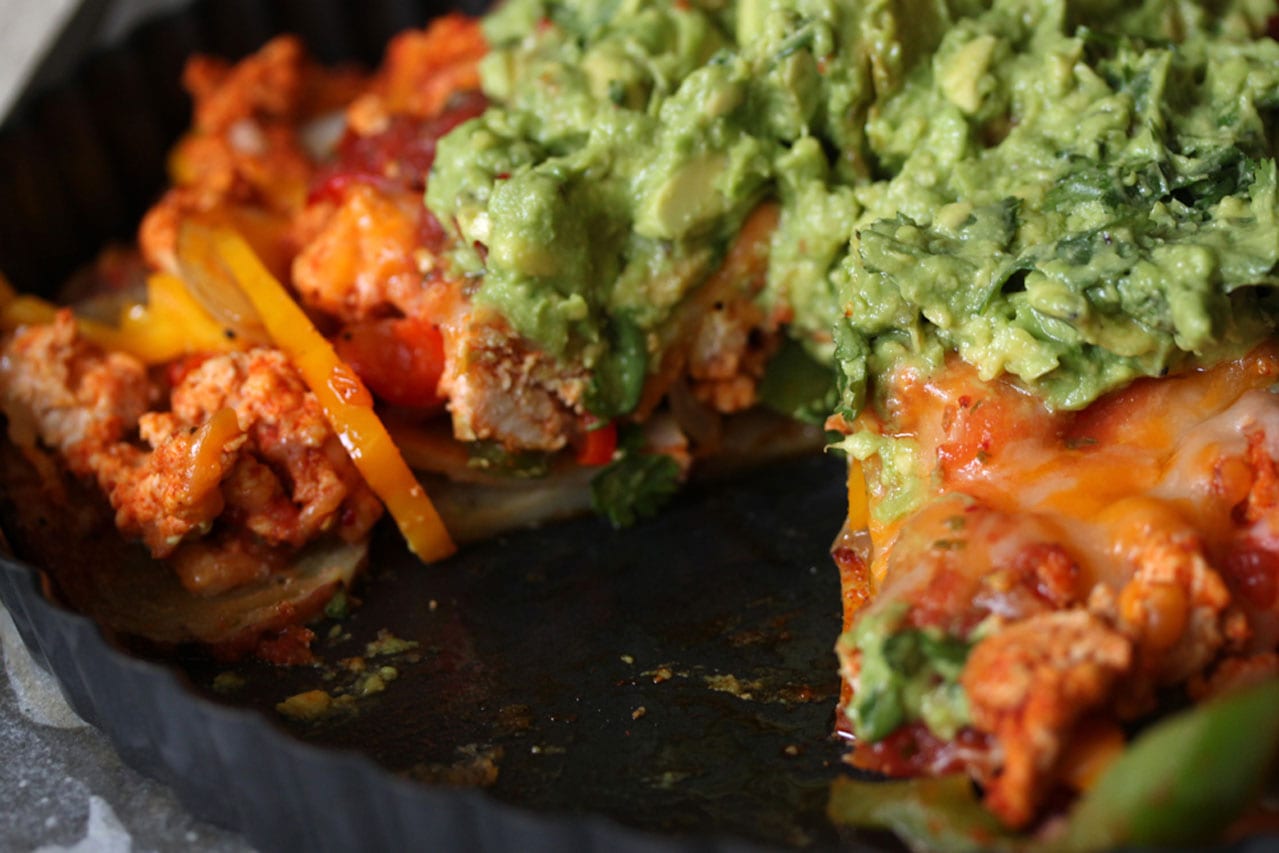 Once its out of the oven for the final time, add the salsa and of course some Guacamole and call it a meal! 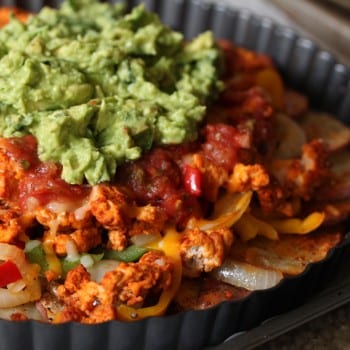