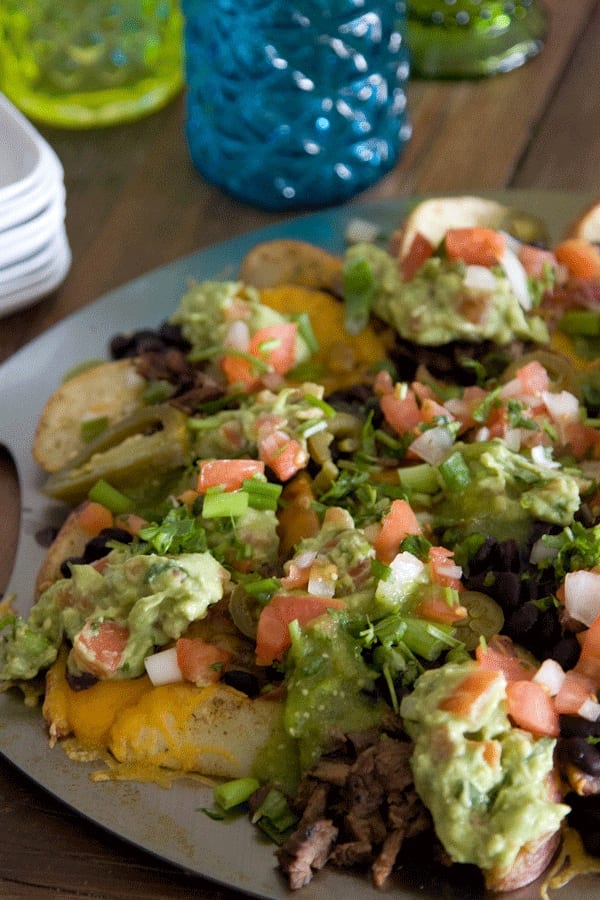 We’re going out of 2012 with a bang + some champers + some party nachos. It’s basically the only way to celebrate.

Party nachos are basically the best drinking or drunk food imaginable. Cheese + carbs + guacamole = what more could you ask for. You can serve this  on a giant sheet pan and just throw it on the table and it’s ready to go. Easy as pie. People will dive right in and they will love you forever. Especially if they eat some of this pre-drinking as it could totally help to soak up some of that booze and ease the hangover the next day. Not that I’m speaking from experience of course 🙂

Party Nachos are great because you can really customize them to your preference. Since I live with the biggest carnivore on earth, I always make mine with carne asada, plenty of black beans and guacamole, finely shredded cheddar cheese, pickled jalapenos, cilantro, green onions, an assortment of salsas and more guacamole of course. But you could leave off the meat entirely if that’s more your style and then these would be even easier. Or you could add shredded chicken that you made in the crock pot a few days before. Or you could get crazy and do an assortment of shredded cheeses on top like cheddar, pepperjack and queso fresco. Or you could be my new best friend and make them with carnitas and then invite me over to eat them with you. I’ll bring the champagne… pinkie promise! 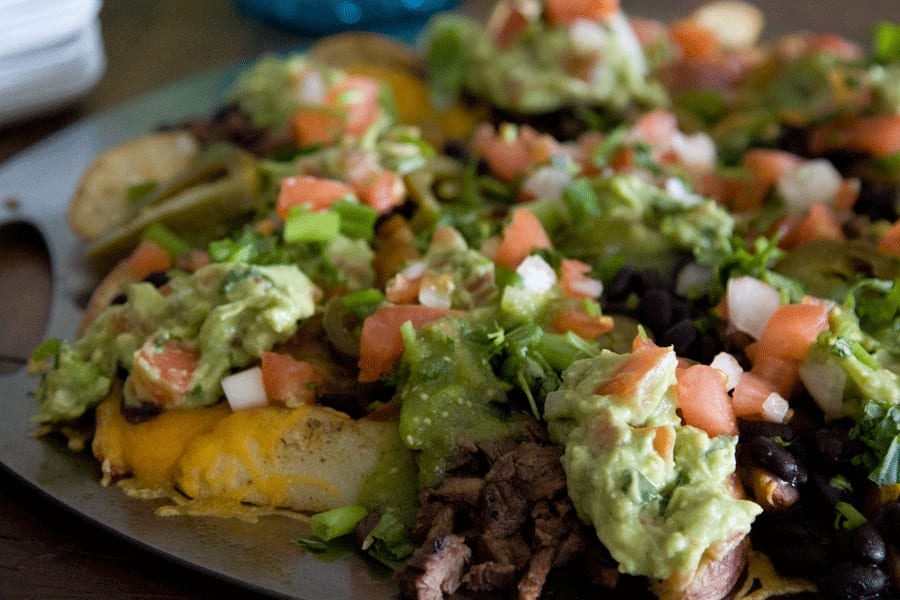 Basically the moral of this story is that you need Party Nachos as your New Years Eve celebration. Trust me on this one. It’s going to be a show stopper. You’ll get more kisses when the ball drops than you’ll know what to do with. So prep everything out an hour or so ahead of time and then assemble it up, pop it into the oven when your guests are walking in the door, and about 10 minutes later you’ll have some serious finger food to dig into!

And below is how to make the party nachos!!!