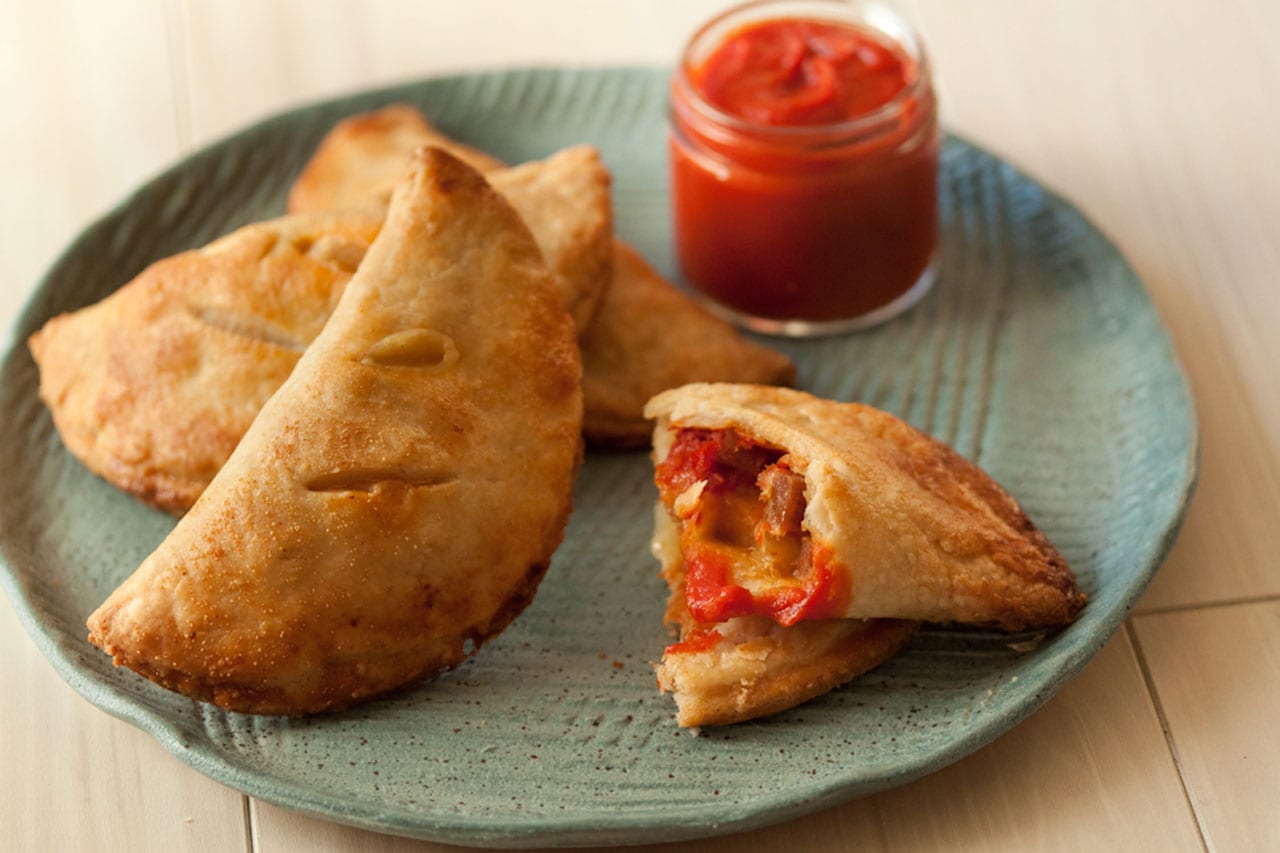 Pizza is a weekly thing at my house. We mix it up all the time and use different sauces like BBQ sauce, red sauce, pesto, garlic infused olive oil, along with different toppings like burrata, proscuitto, pineapple – the possibilities are endless. But it’s pretty safe to say that we make pizza about once a week. Lately I’ve been wanting to change things up a bit so one day, (when I had an extra few minutes on my hands to whip up some savory cream cheese infused pie dough created by the ever so talented Matt and Adam over at Matt Bites!) I made these pepperoni pizza stuffed hand pies. They were a hit! I think my boyfriend came home and promptly consumed about 10 of these. It’s hard not to want to eat them – they are just so dang cute – and kids and adults are sure to love them!

These little pizza hand pies are pretty easy too! All you have to do it make some pie crust, chill it for about an hour, cut out some circles and stuff it with little bitty cubes of mozzarella and pepperoni and a little dollop of pizza sauce. Then seal them up with your thumbs, throw on a little egg wash and pop them into the oven for about 20 minutes and the pizza stuffed hand pies are ready to be devoured. 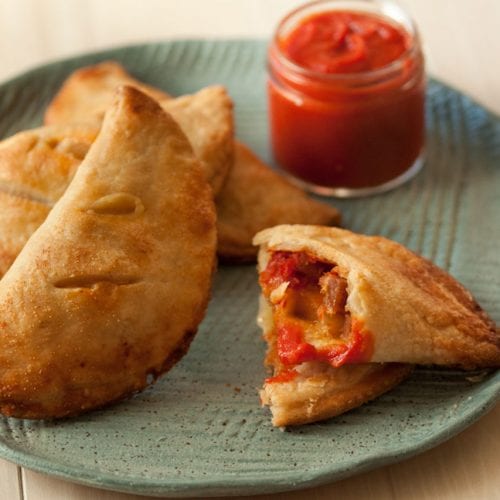