This past week has been a whirlwind of craziness! First there was the Bake Sale which totally drained me. I woke up the next morning and thought I had been hit by a bus. I recovered the next day to turn around again and hop on a plane to Portland where I literally had one of the most amazing weeks of my life. 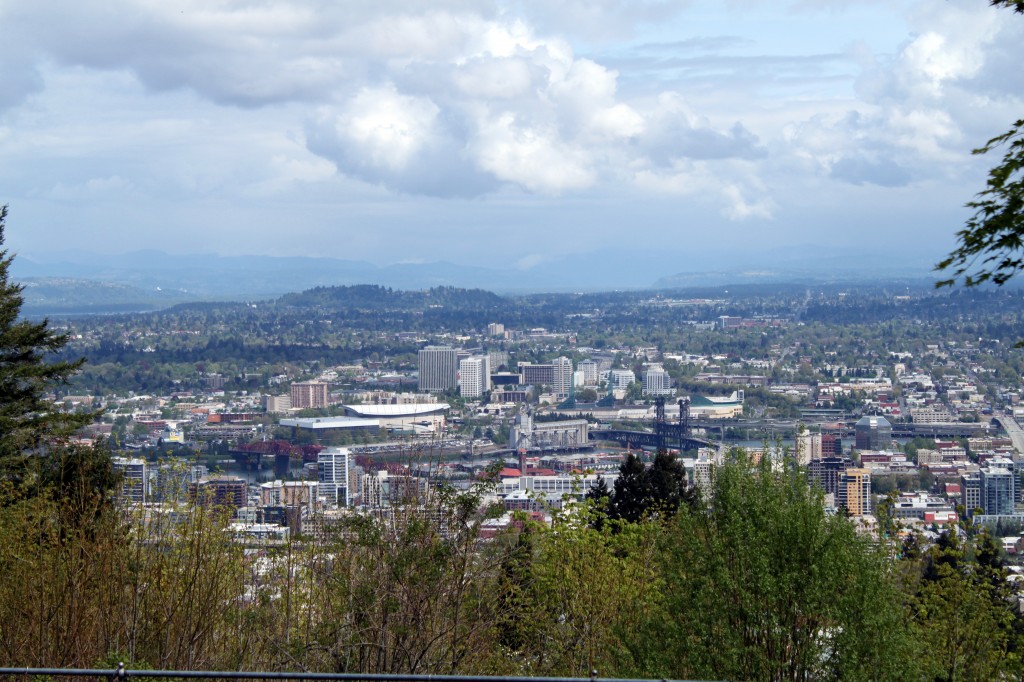 Along with about 900 other food professionals, we gathered in the middle of Portland for the International Association of Culinary Professionals. It was a jammed pack week full of fantastic sessions on Food Photography, Pitches, Book Proposals, Literary Agents and Publishers, New Social Media, Brand Building and many many more. The conference was amazing. I was able to meet so many wonderful people who shared the same passion as me and learn an infinite amount of information in such a short period of time!!

In between the numerous session there was of course food. Food, food, more food, tons of wine, and a little more food. And O.M.G. I have never eaten so much in one week! (My veggie only diet starts tomorrow… and it will probably last all of 20 minutes but hey, at least I am going to try!!!)

Matt, who is officially my new eating buddy and partner in crime, and I ventured to the Food Trucks one sunny afternoon in Portland. There is one thing you must know about the food trucks in Portland… they are FAR better than anything I have ever been to. The trucks are situated in pods in different parking lots around town. There are about 3 of them that are close to downtown Portland, which is where we spent the majority of our time. It’s fair to say that Matt and I did one hell of a job making our way through the different pods. Each truck we visited was fantastic. From the potato pancakes to the most amazing Philly cheese-steak to the pulled pork sandwiches, to the chicken and rice… it was all delicious. 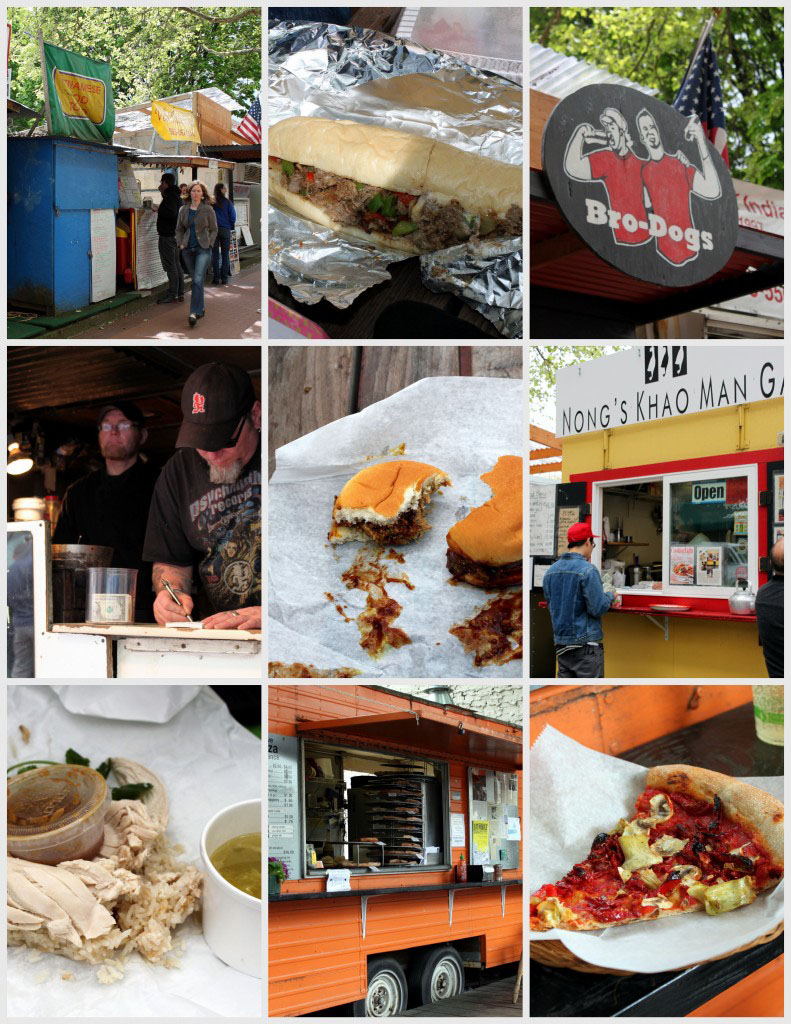 We also explored one of the most amazing stores in all of Portland, Meadow. They sell nothing but salt, chocolate, wine and flowers. I could have spent all day in this store trying the billion different kinds of salt… I had no clue how many variations there really are!! 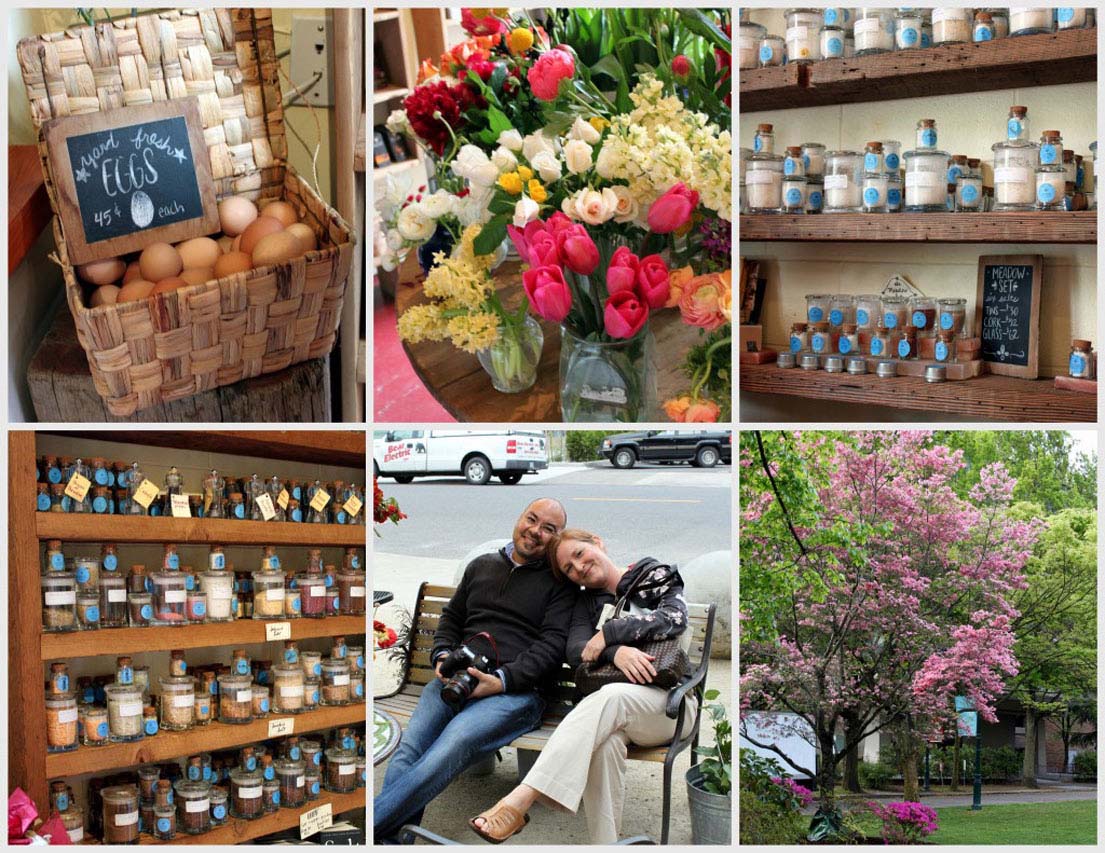 And of course I had to snap the cutest pic of Matt and Elise… love them!!

After the week wrapped up, I headed to the farmers market. Let me tell you… if I didn’t have to fly back to L.A. I probably would have purchased about 50 pounds of all this amazing fresh food…. 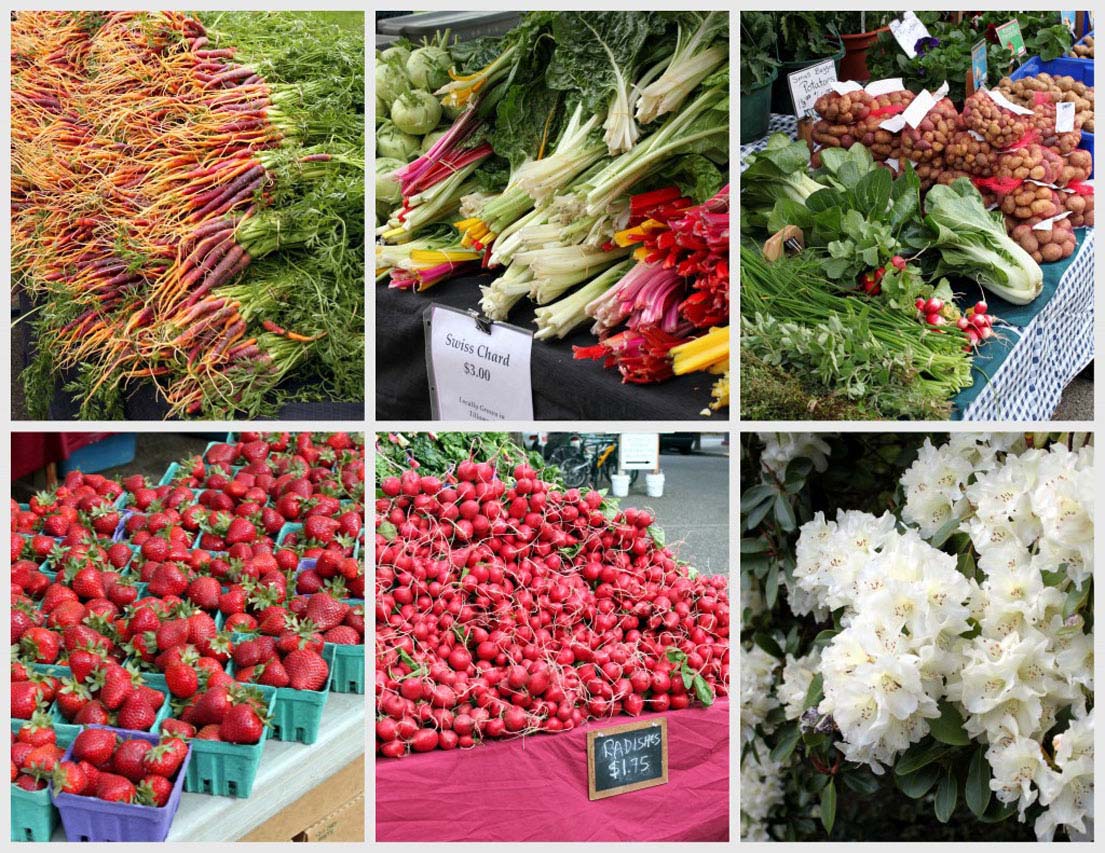 The vendors were amazing. The food was bright and vibrant. The sweet treats were to die for and it was probably one of the happiest places on earth. Until it started to rain. And then I ran for cover to the nearest eatery… go figure! 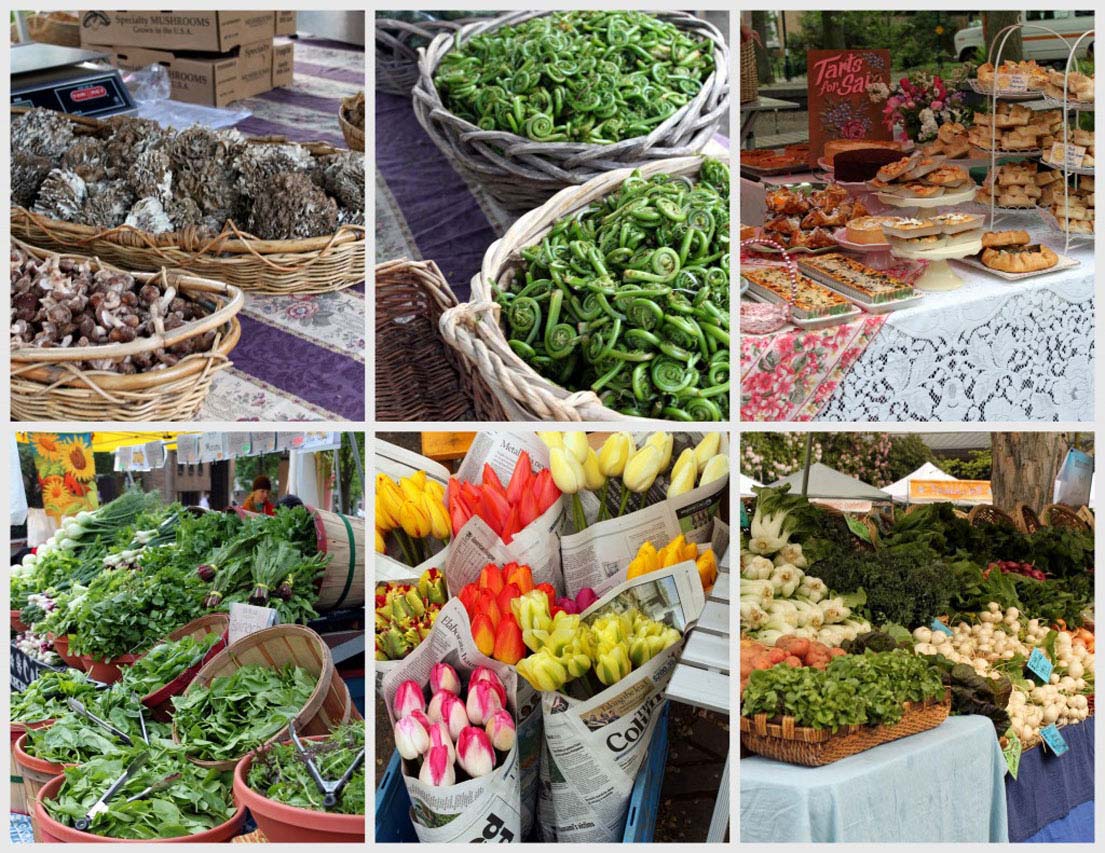 The parties were a whole other story. We were spoiled with an amazing reception the first night which has the most delectable sandwiches from Bunk, an awesome cocktail hour the second night, followed by a midnight supper club party featuring Michael Hebb, Naomi Pomeroy, Mark Fuller and Jason French who all cooked out of a giant wood fire oven and so many other fabulous outings that involved food. 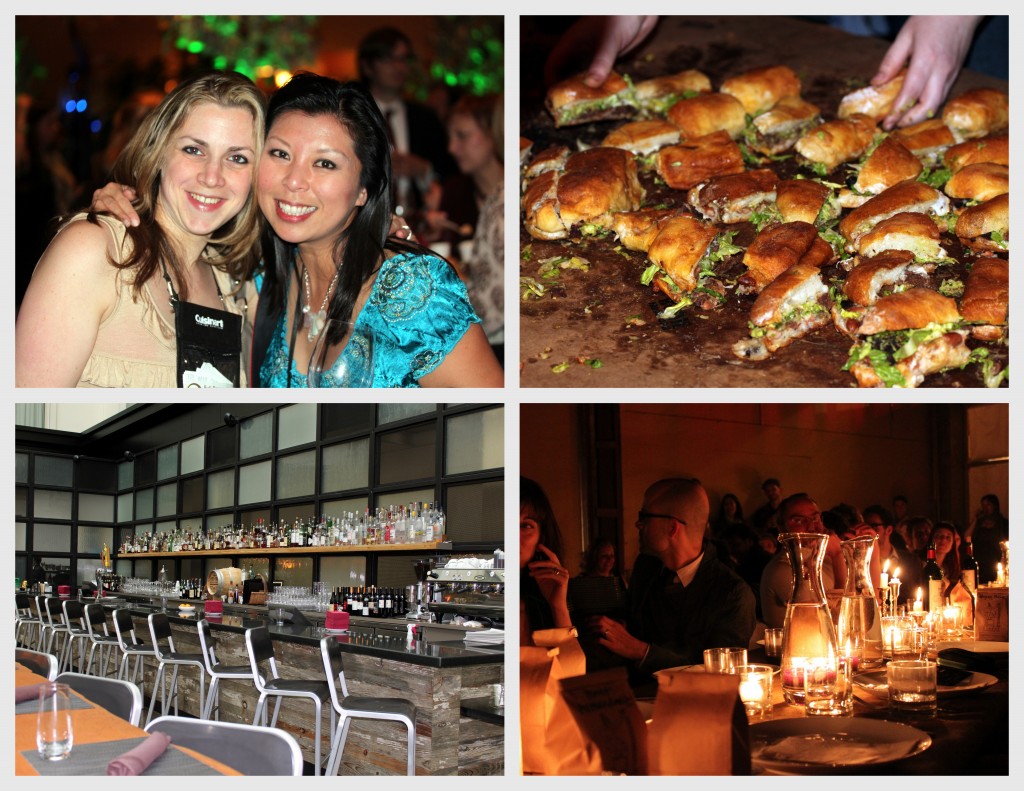 Jaden from Steamy Kitchen (pictured above in the blue with my new best friend Keren from Frantic Foodie and seriously the most amazing net-worker EVER) said it best when she said that IACP was, “the best conference I’ve ever attended. Life changing, humbling, inspiring, delicious”

100% true!! I am walking away from this years conference with many great new friends that I hadn’t even met until this past week like Hank, Stephanie, Aida, Michelle, and so many others! I can’t wait for next year!! 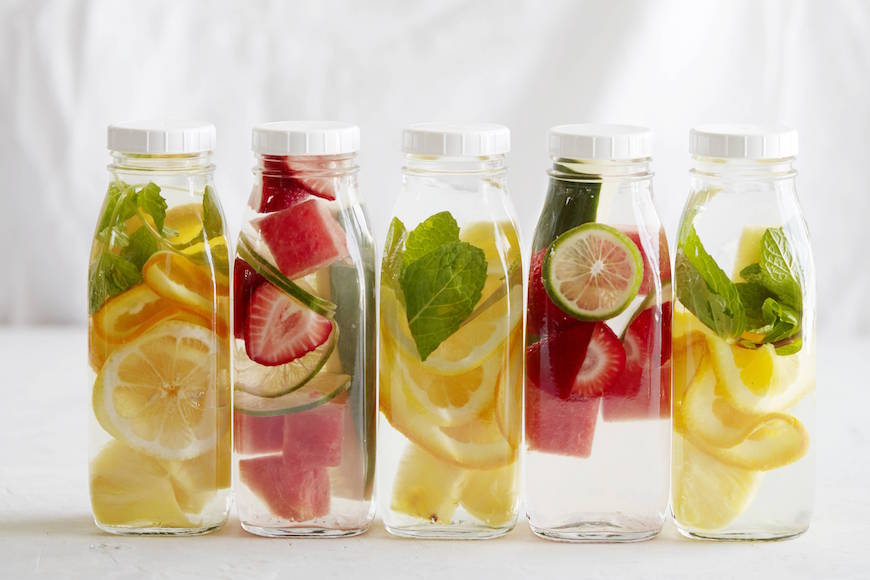 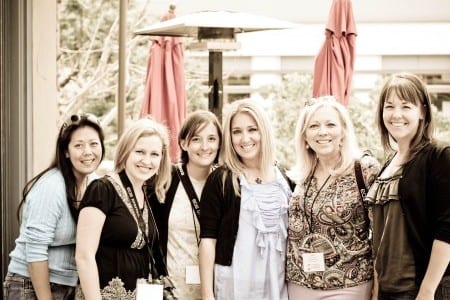