Get ready guys – it’s about to turn into dinner party central here on WGC and this Roasted Red Pepper Bruschetta is going to be your new bff. 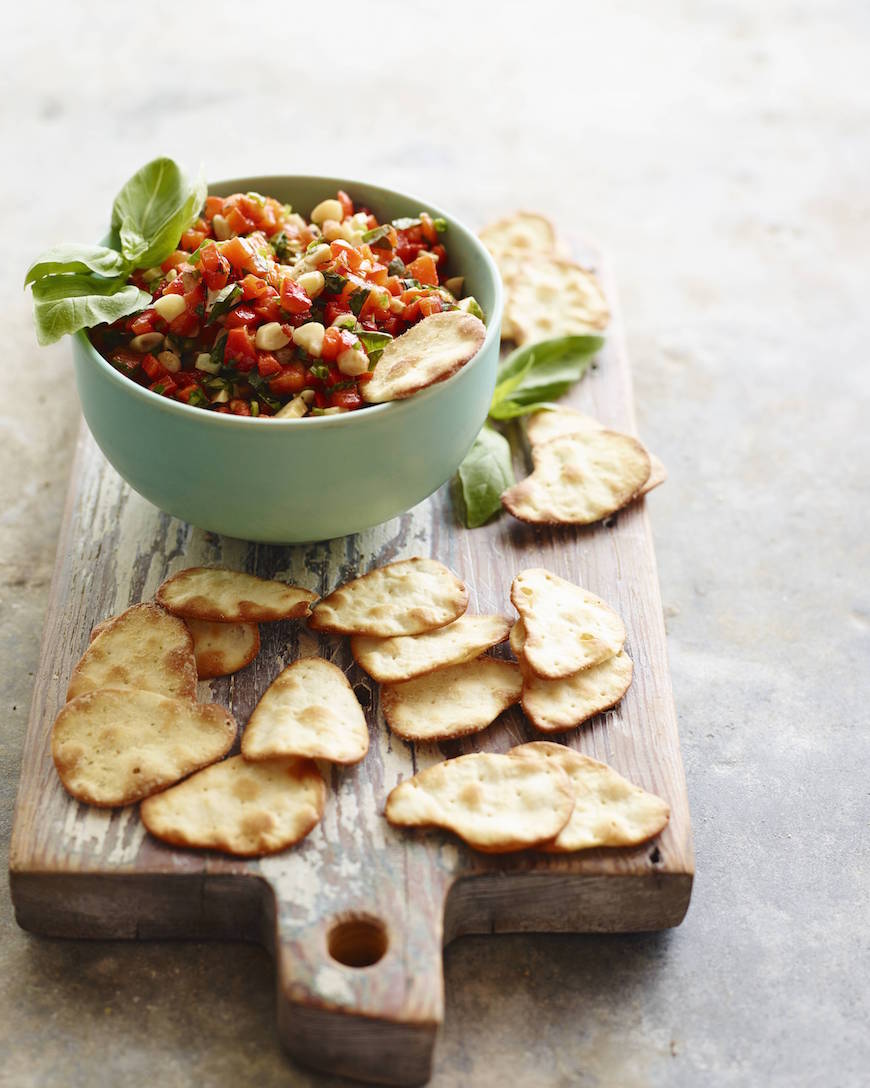 In case you haven’t noticed in past years, I’m all about the appetizers. Give the option when going out to dinner, I’d rather order every single appetizer on the menu than any main course. Weird right? I think it’s just because I really like to taste as many things as possible and that’s my favorite way to do it! A few months back we were at this little Mediterranean restaurant in Denmark and they had the most glorious Roasted Red Pepper Bruschetta dip. So OBVIOUSLY, I had to recreate it at home! It couldn’t be easier!! Well, I guess it could if you use store-bought roasted red peppers which I totally support when you just aren’t ready to turn on your oven. Serve it up with my new favorite Stonefire Naan Crisps and snack time or appetizers are ready to roll. 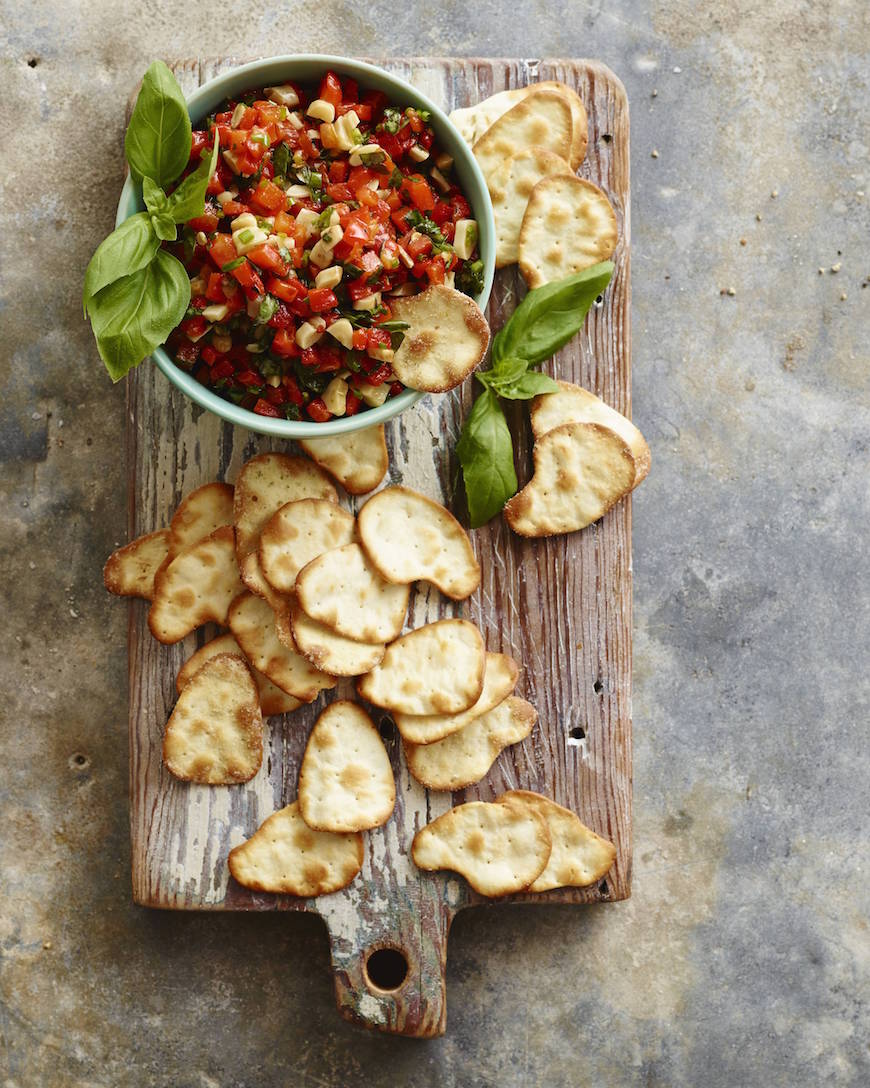 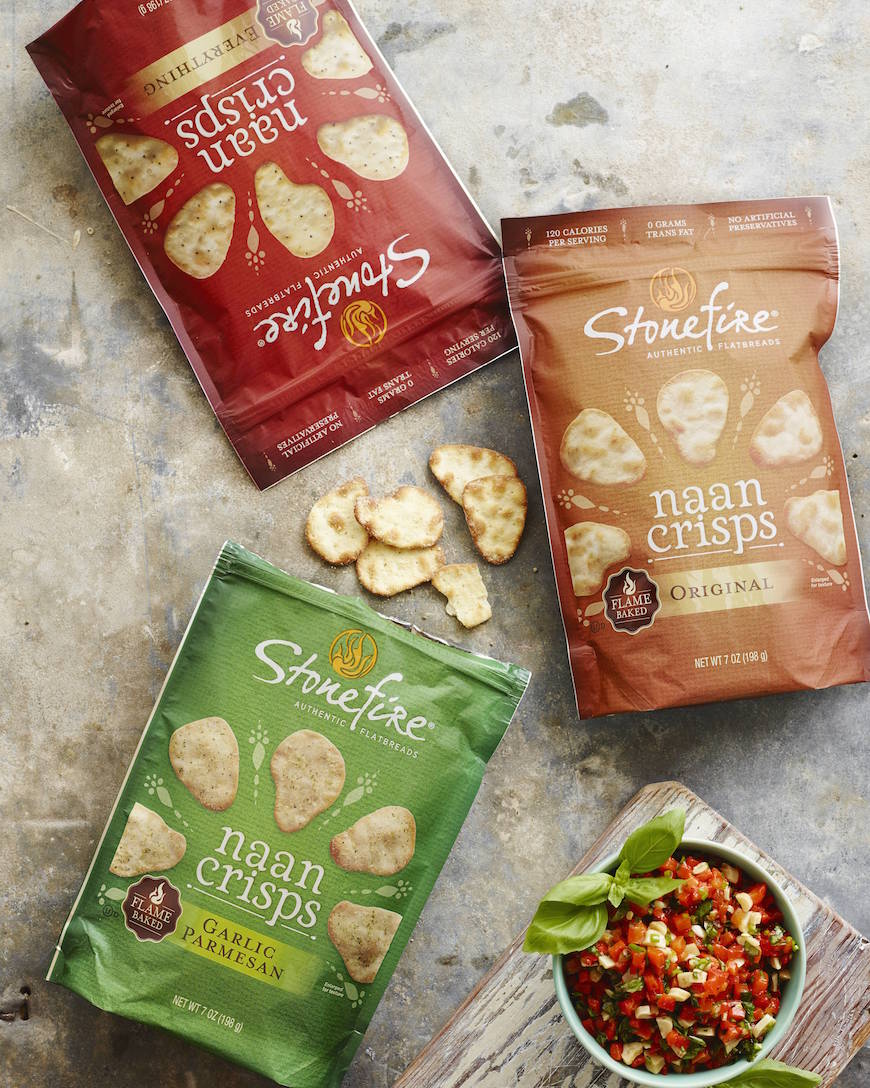 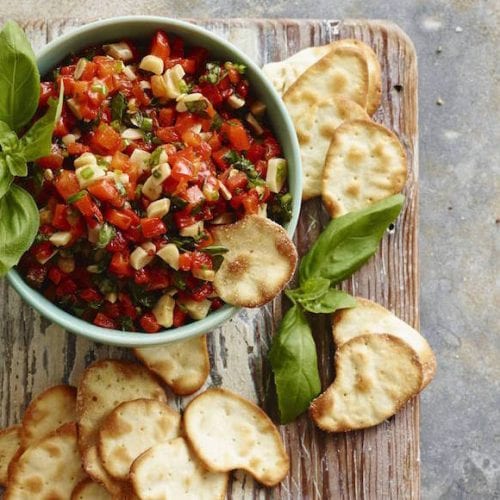 ** This post is brought to you by Stonefire.  All content, ideas, and words are my own. Thanks for supporting the sponsors that allow me to create new and special content like this for What’s Gaby Cooking**