It was the longest one I’ve ever done – and I feel marvelous. But ummm I seriously missed chewing. Like, big time. 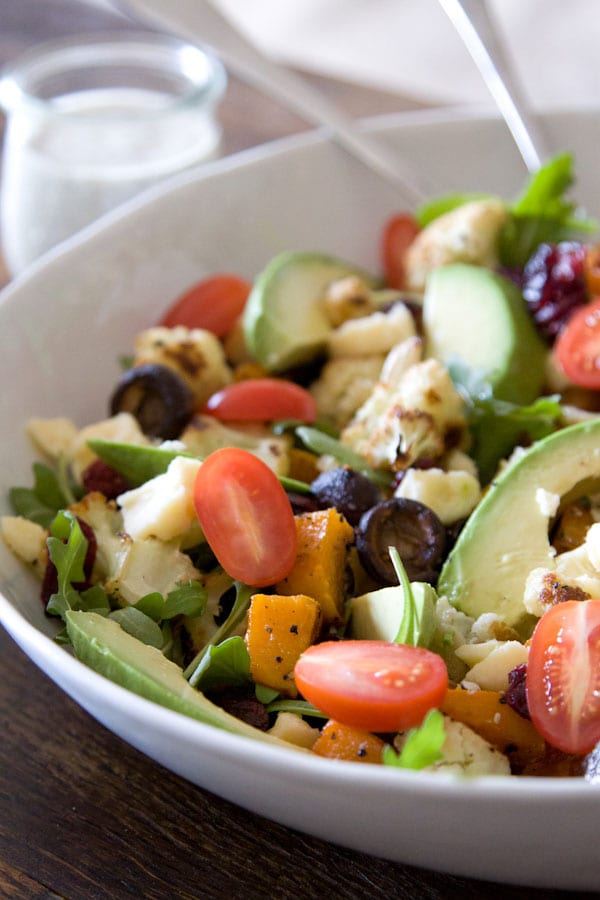 Part of being on a juice cleanse is the “post” cleansing period where you have to eat really clean and healthy foods so your body doesn’t go into shock. So don’t pull a Gaby and eat pizza on your first day “post” cleanse like I did a few months ago. My stomach literally punched me in the gut. 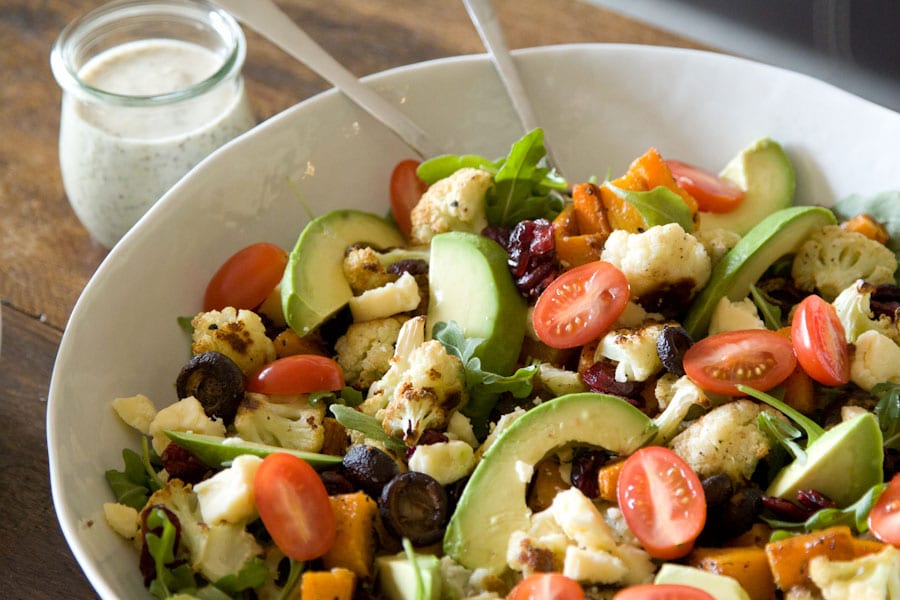 So salads are the name of the game. Loaded salads to be exact. This one is kind of a re-creation of what I did for Thanksgiving last year and everyone was totally obsessed. I just threw a bunch of vegetables into my oven and roasted the heck out of them until they were slightly golden brown and gorgeous. Aren’t veggies better when they are roasted? I think so. They taste like candy. And then I threw in 2 avocados, because 2 is always better than 1 and who doesn’t love avocados  Am I right? I don’t know if we can be friends if you don’t like avocado.

Speaking of which, did I tell you that Thomas, my hubby, thought he was allergic to avocados for a hot second. I thought we were going to have to call off the wedding (kidding) but it turns out he just had a serious avocado overdose. I guess eating 10 avocados in a day while I was recipe testing for my book will do that to a guy.

Anyways…. I also added some dried cranberries and my all time favorite salad dress ever. Mustard Herb Vinaigrette. You should totally make it if you haven’t tried it yet. My recipe makes a decent size batch, so you can be awesome like me and store it in the fridge and just throw it into loaded salads all week long. It’s seriously delish. And it makes life easier. Pinkie promise. 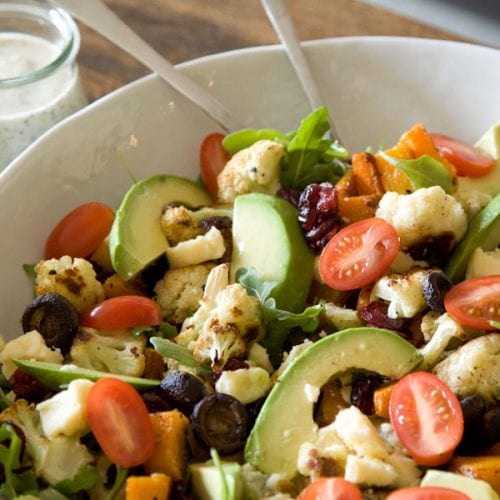 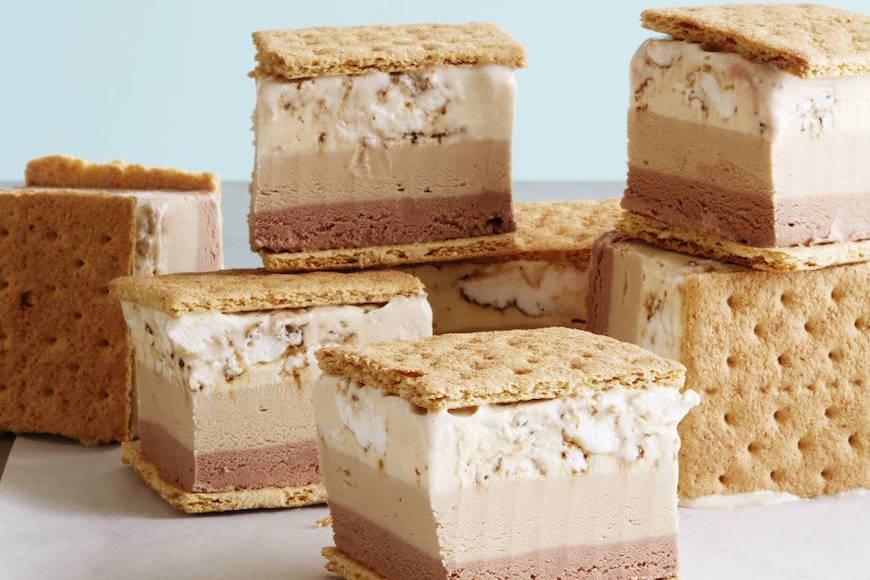 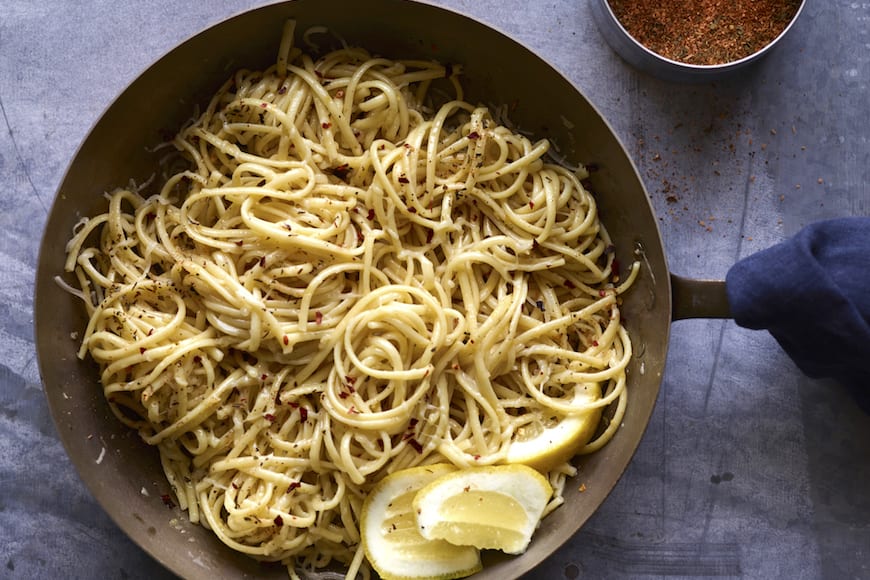