S’more Rice Krispies. It’s a S’more and Rice Krispie treat combined (obviously) and really, what could be better?

After hearing about these through the grapevine, I decided it was high time to whip up my own version. I feel pretty strongly about rice krispie treats, so here’s the deal. The recipe on the package is only ok. The ratio of rice krispie cereal to marshmallows is weak… so it’s imperative that we remedy that in this recipe. Also, I folded in some graham cracked dust and a handful of chocolate chips because, well, it seemed appropriate. Then to top it all off and really make things shine, I added an extra layer of marshmallows on top and gave them a few seconds under the blow torch. Voila.

Hands down the best S’more Rice Krispies on the planet. 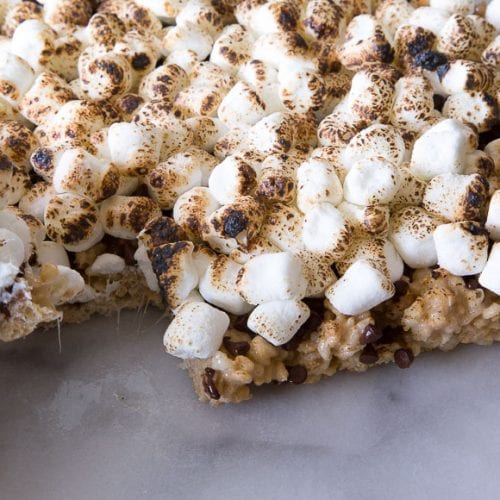