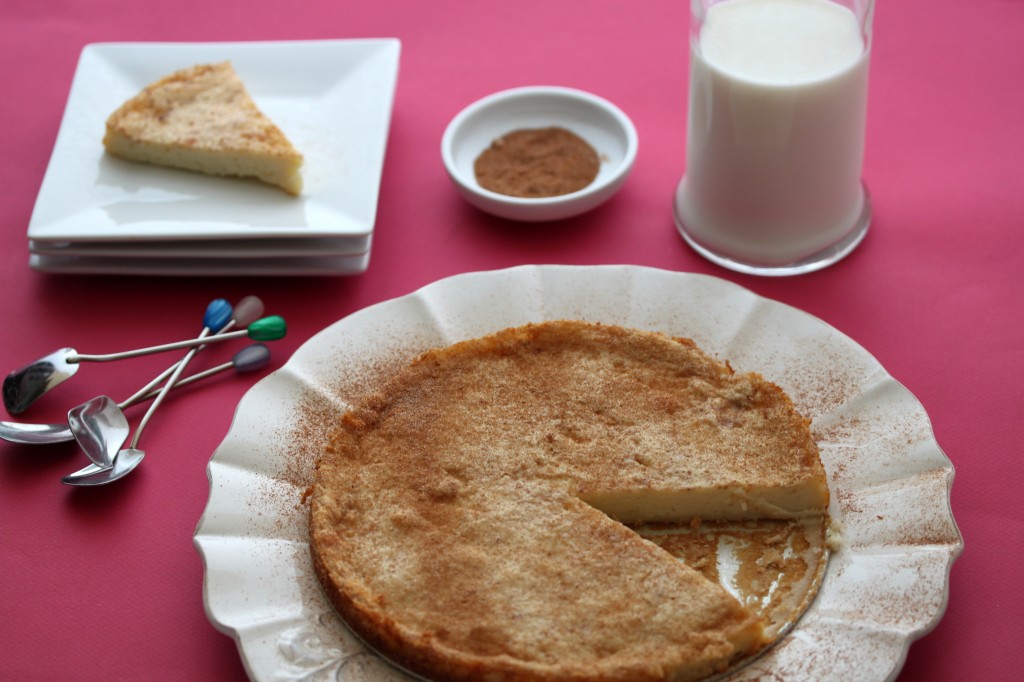 Just the other day after I had finished making my pot de creme’s I discovered that I had a ton of extra milk. Now I can’t just drink milk, or use it in cereal… not sure why… especially because I can eat a wedge of cheese without complaint but something about drinking a glass of milk just upsets my stomach.

So there I was… with an extra 4-5 cups of milk. I didn’t want to let it go to waste but after googling different ideas for about 2o minutes I was close to giving up – nothing had peaked my interest. That’s when my Omi (that’s German for grandma) who I had called to tell her my problem with the milk suggested that I make this South African Milk Tart. She, along with my papa, mom and the rest of their family, grew up in South Africa. She said she used to make this milk tart all the time and that it would be the perfect way to use up my extra milk. So, after a quick scan of my fridge to ensure that I had all the ingredients, I set out to make the milk tart. 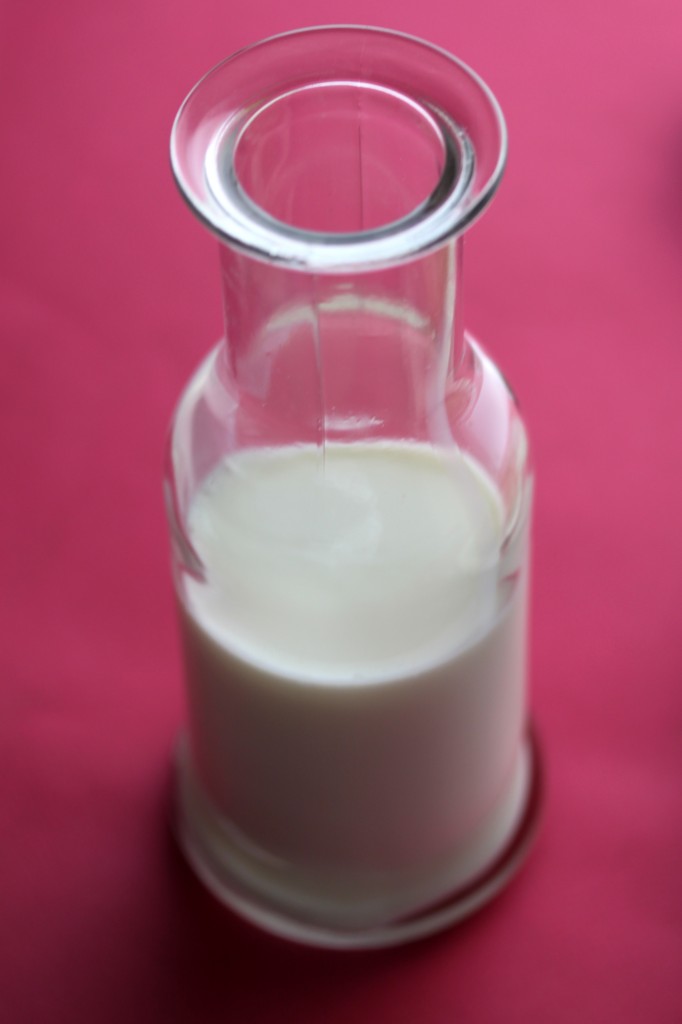 Turns out that its pretty amazingly delicious. Its similar in texture to a custard but has a little something extra from the sprinkle of cinnamon sugar on top. 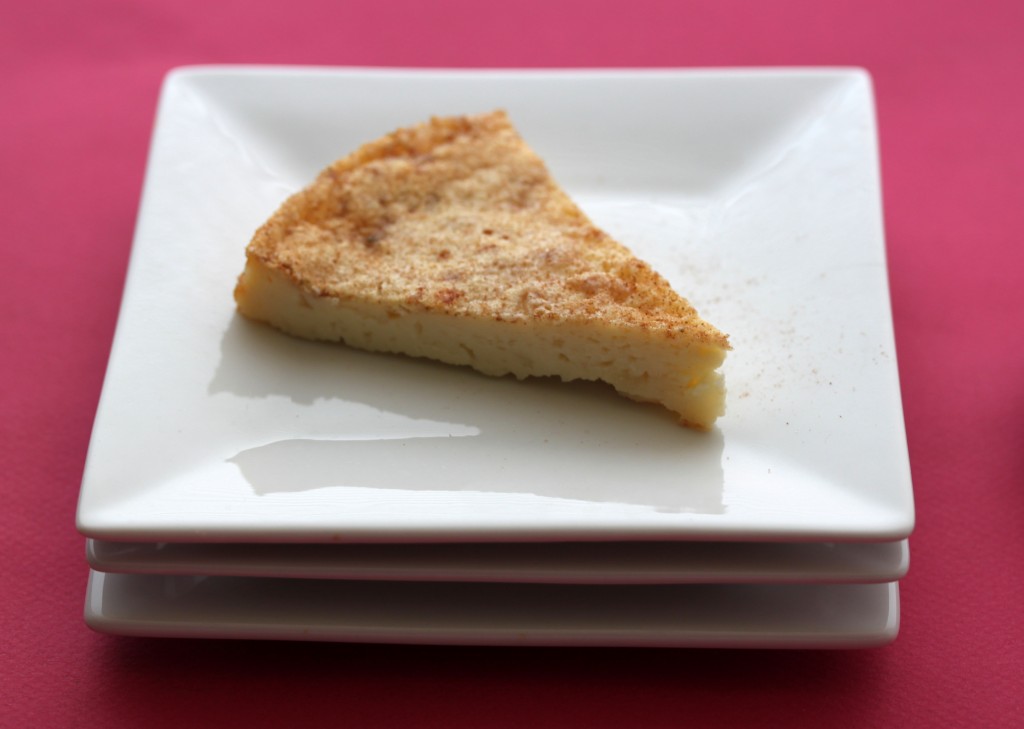 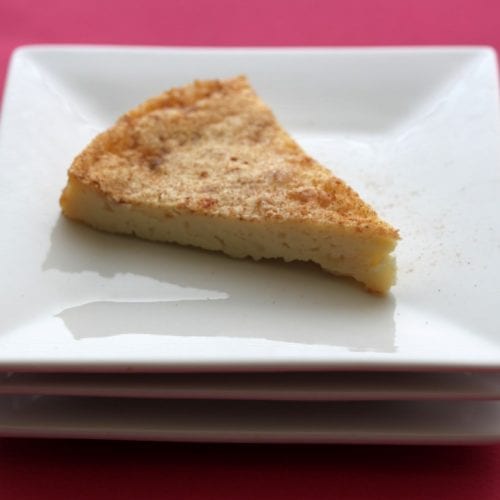