I know it’s basically a cardinal sin to turn on the oven in August. I mean it’s supposed to be the month for grilling and being outside. Making fun salads that don’t require cooking much, and enjoying summer produce. But I’ve just gotta share this new recipe with ya! 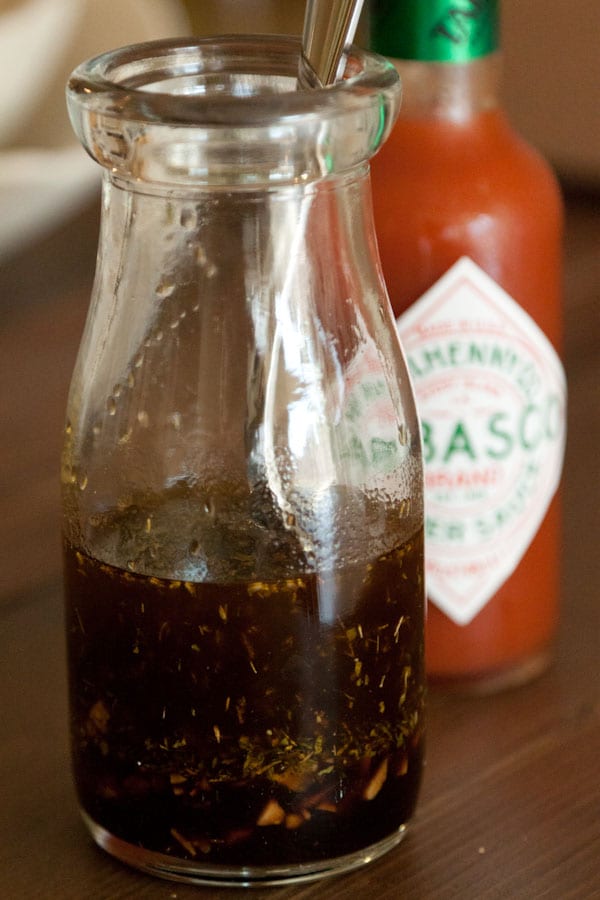 Remember a few months back when I went to Avery Island to learn about Tabasco. Well, I’ve basically been obsessed ever since. And last week, I made a simple balsamic marinade for some veggies and then added some tabasco. It’s pretty genius if you ask me.

You can throw a boat load of veggies into the marinade, let them hang out for a few hours and then roast them off in the oven. Or throw them on the BBQ. But I opted for the oven. Mostly because the future hubby wasn’t home and I’m scared to light the BBQ by myself. Pathetic huh? But it’s charcoal. And I’m scared that I’ll burn my eyebrows off by accident and I’ve only got 11 days till my wedding. And let’s be honest here, that would totally not look good in my wedding photos. 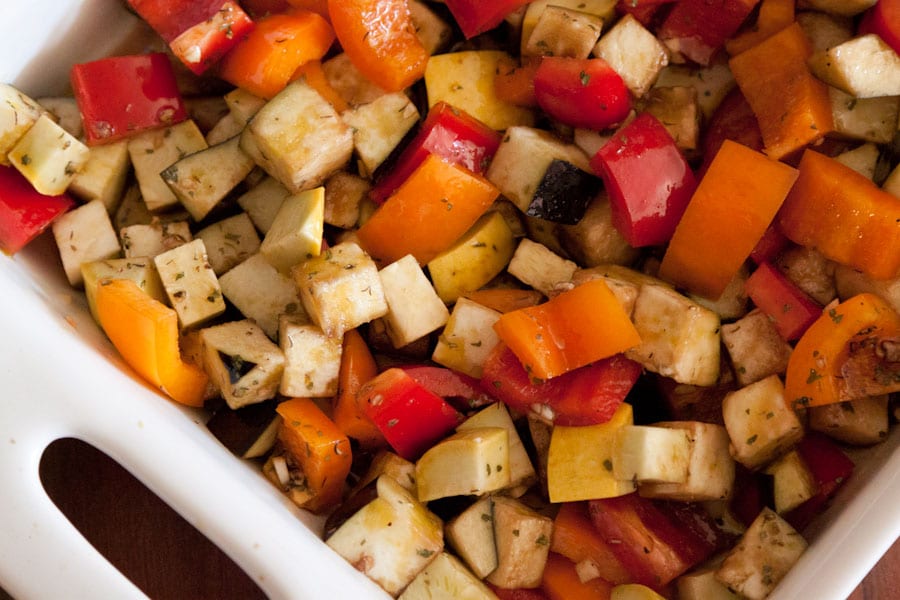 So I cranked up the air conditioning and turned on the oven for a hot second and made it work. The veggies were perfection. The Tabasco gave them the perfect kick and they went beautifully over a bed of quinoa.

It also took me less than 5 minutes of actual prep time which is basically imperative these days. So you guys should totally go make these while I sit in my apartment and tie bows, print out labels, and make obscene amounts of granola for my wedding guests favors. If you don’t hear from me by Wednesday, send help, I got buried under 50 pounds of granola and I can’t manage to escape. 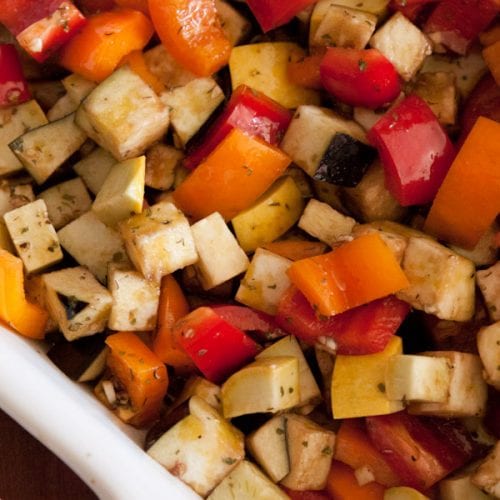 While I used this marinade for vegetables, it can easily be used for chicken, fish or beef! Just marinate the protein in the marinade and then bake, sear, or grill as you would normally.