Spring is totes in the air. At least it is here in Los Angeles. I’ve been running around in shorts and flip flops and it’s been just lovely. Okay, so maybe I wear flip flops year round, but that’s besides the point. Spring is right around the corner and that is crazy exciting and this year it’s is going to bring with it some very fun adventures this year… I’ll be heading to NYC for a week for the annual IACP conference, one of my favorite events of the year! And then I’ll be heading out of the country for surprise vacation a few weeks later.

You see, every year my parents take my sister and I on a surprise vacation. So basically my sister and I block out 2 weeks on the calendar and my parents plan a surprise trip. We get clues along the way, but this year I have a feeling they are going to be uber hard since my sister and I are just so darn smart. But I’ve got a sneaking suspicious that this year we might be going to Africa. Basically I’ve been bugging my parents for 100 billion years to go to Africa. I mean we’ve been all over Europe together, I’ve done quite a bit of Central America, so the next logical place to go would be Africa. Plus I’d really like to go on safari. And I’d like to go swim with great white sharks. Clearly I’d be in a cage. But I’d like to go. I’ll keep you posted on clues when my parents hand them over. It would be fun to crack the clues!! But it’s also fun to hop on a plane and jet set to some random connecting flight and find out where we are going once we are on the plane!

So there are a lot of fun things coming up this spring. Not to mention planning this little party I’m throwing later this summer. You might have heard me talking about it before… it’s called my wedding! 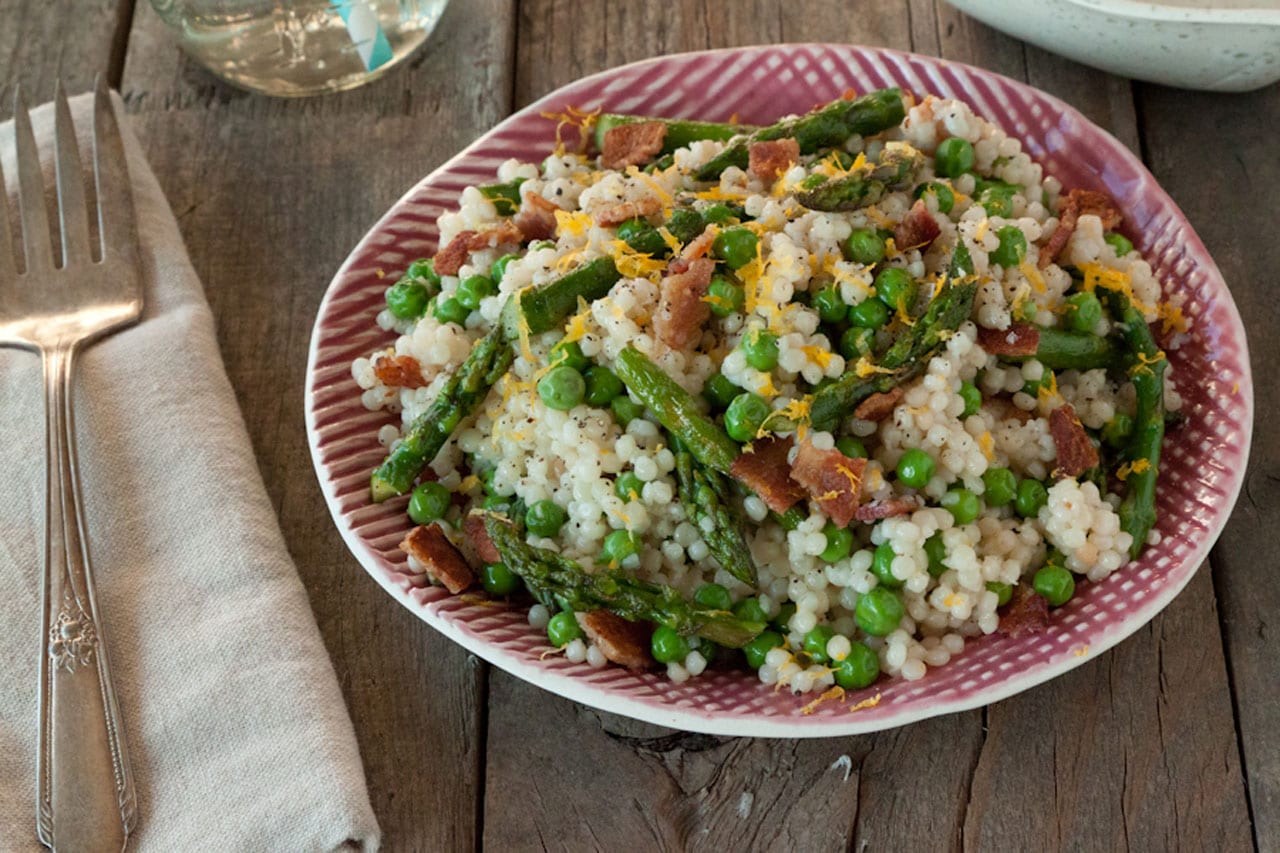 And to celebrate the fact that spring is basically here, I’ve created this awesome and flavorful Spring Couscous Salad. I grabbed some fresh peas and asparagus from my farmers market last weekend – basically they were gorgeous and I had to have them. I cooked them up, tossed them with some Israeli couscous, chopped up bacon and a little bacon fat, threw in a squeeze of lemon juice and some zest, tossed it all together and seasoned it with salt and pepper and then called it a day. It’s bright. And delicious. And it will make you happy. You could totally leave out the bacon if you’re not into that kind of thing… but I’m in a little bit of a bacon phase at the moment. So make this. And pour yourself a tall glass of white wine sangria and then relax 🙂 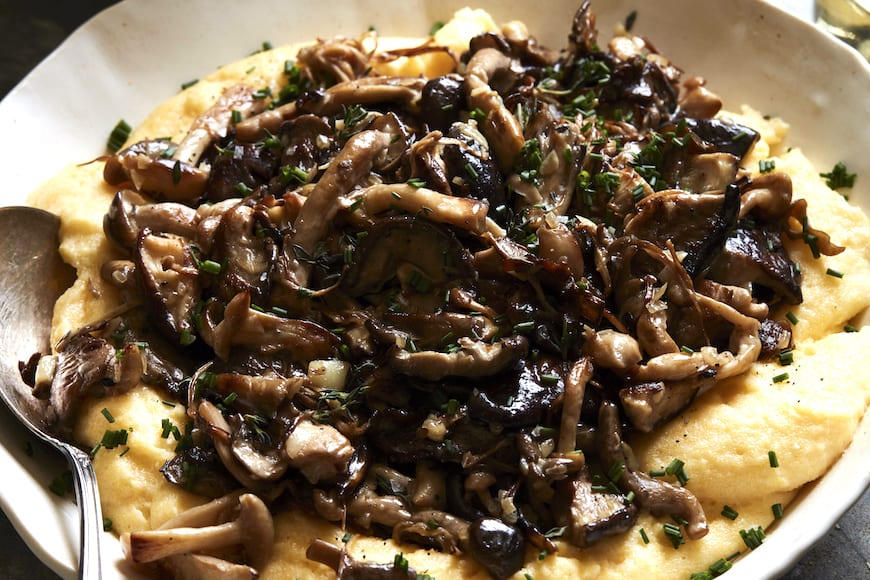 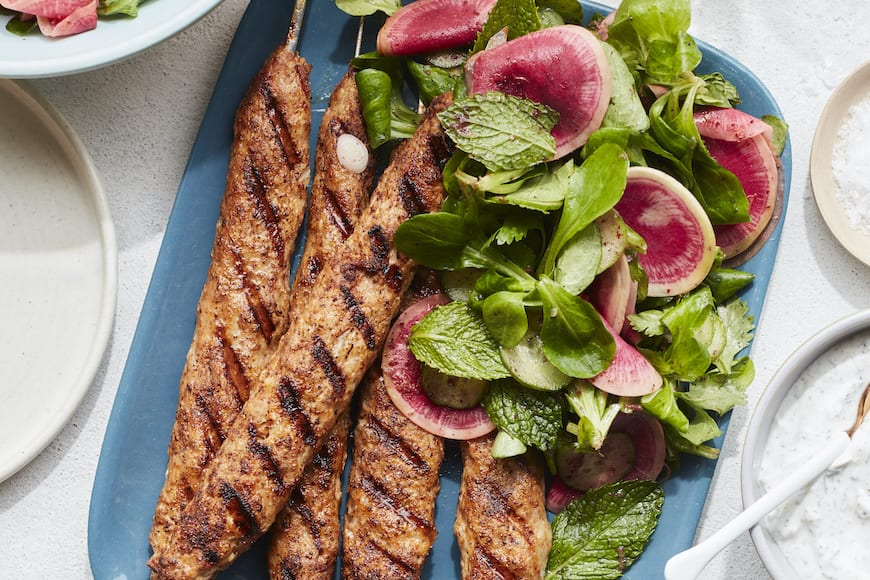 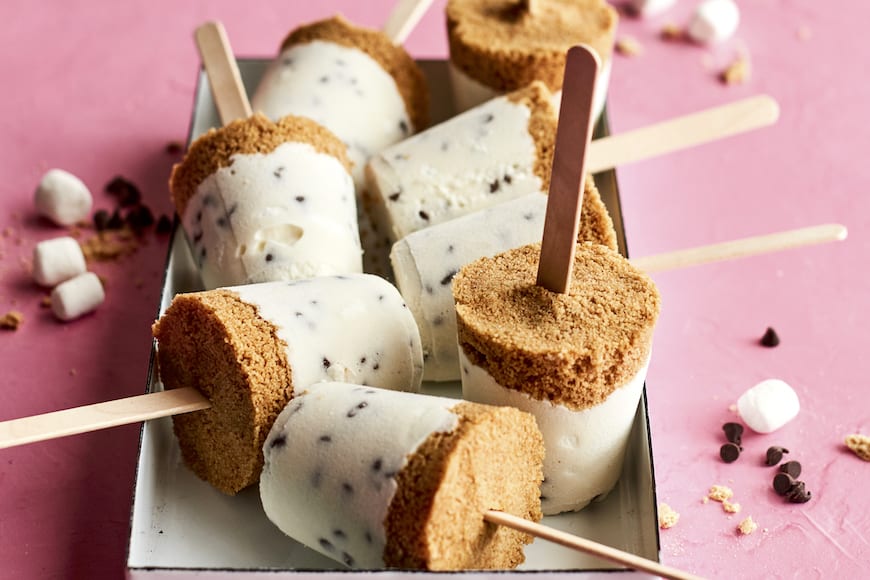