Before we talk about Strawberry Banana Coconut Smoothies, I need to tell you a story.

My husband is really smart. He knows exactly what needs to be said in order to butter me up and get something he wants.

A few nights back, Thomas sat me down and said he wanted to have our first “family discussion,” you know now that we’re all married and stuff. I was like, omg that is so cute. He wants to have a family discussion. What a sweetheart. So I obliged and sat down and was all ears. I was ready to talk about the budget for me redesigning my home office or something like that. Well, no. That’s not exactly what happened. After he said exactly what I wanted to hear…”family discussion”, he then said the worlds worst sentence in the entire world. “Lakers season starts in less than 3 weeks.”

Horror. That was what was on my face. He buttered me up to have a conversation about the LAKERS? Rude. I mean, don’t get me wrong. I have nothing against the Lakers. But watching 3+ games a week is b.o.r.i.n.g. It’s basically just the same things over and over again.

Anyways, he went on to explain that since I have a somewhat unhealthy addiction to basically every TV show in the history of the world, and they are all still in their first months on air this season, he thinks the right thing to do would be to get a second TV. Because he doesn’t want to miss a Lakers game, and god forbid I should miss the Real Housewives of Beverly Hills premier next month. So there I was… up a creek without a paddle. I caved. And a new TV is on it’s way. At least we won’t ever have to fight about who gets the TV on a specific night of the week! 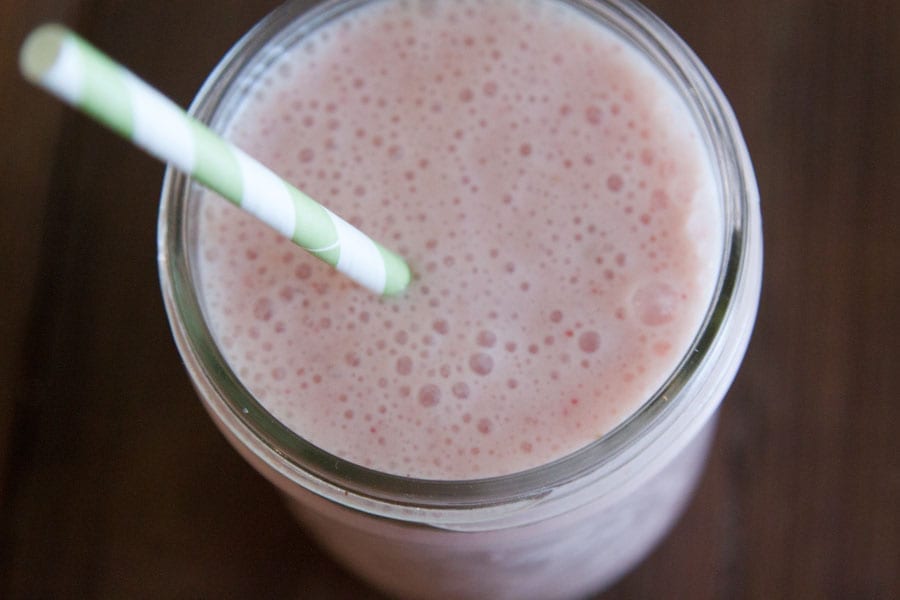 I really have no idea what that story has to do with my latest smoothie obsession, but I felt the need to share it with you guys. For morale support. And in return, here’s a kick ass Strawberry Banana Coconut Smoothie. Are you a smoothie kinda person in the morning? I used to be, and then I wasn’t, and now I’m kinda into it again. It’s just so easy and quick and it’s a big meal in a glass that I can take to the office and start my day without spilling toast crumbs all over my keyboard. Winning. I used to be a strawberry and banana only kinda smoothie gal, and now I like to make it a little fancy pants twist. Strawberry Banana Coconut Smoothie is a combo of strawberries (obviously), bananas (duh), coconut milk and one of my favorite new ingredients….

Also this smoothie uses goats milk yogurt from Redwood Hill Farms. I’m a HUGE fan of the wildflower honey variety and I think it would do us all good to have a little more deliciousness in our lives. Especially in the form of something with wildflower honey! Don’t ya think?! 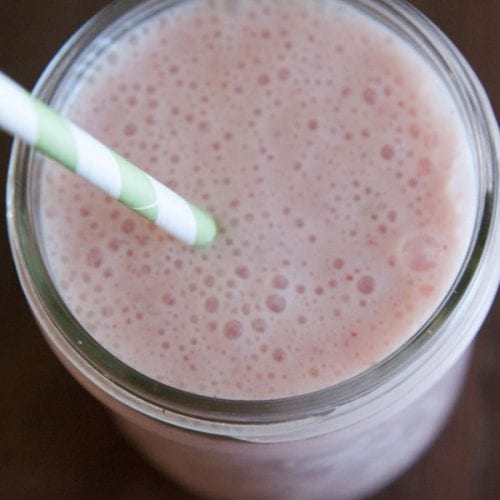