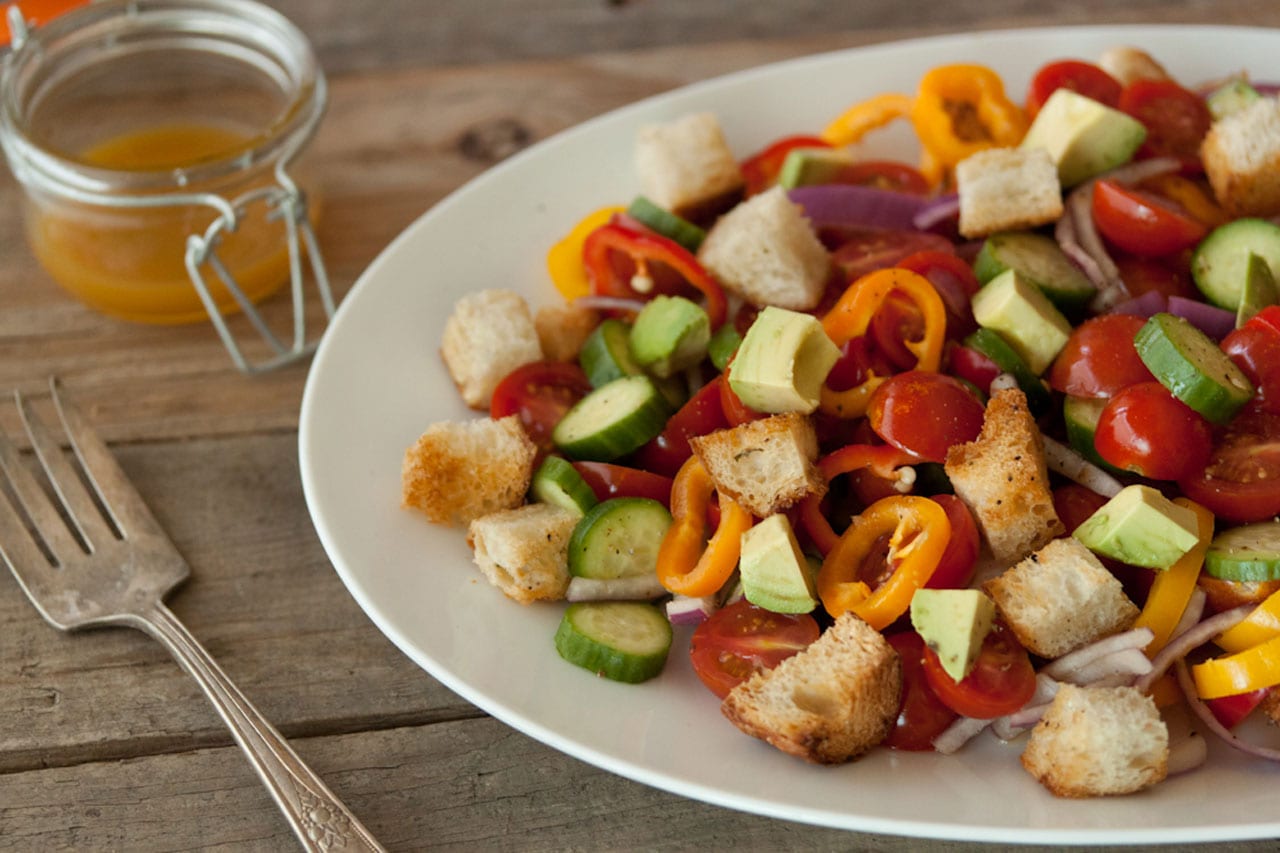 Panzanella Salad is one of those quintessential summer sides! It’s a mixture of fresh produce and delicious homemade garlic croutons. Well, at least my version is! It’s a bright and cheerful salad, which is exactly what we all want in our lives, especially this weekend for all the Memorial Day celebrations!

The great thing about panzanella is that is pairs well with pretty much everything. So whether you’re grilling up some burgers, or chicken skewers, or a whole fish – this will work as a side dish. Another great thing about panzanella is that it is oh-so-easy to make! Chop up some fresh veggies, throw in some beautiful avocado for good measure, toast up some bread cubes, toss it all together with an orange champagne vinaigrette and call it a day.

I’ll take a giant bowl of this everyday of the week. Yes, please! 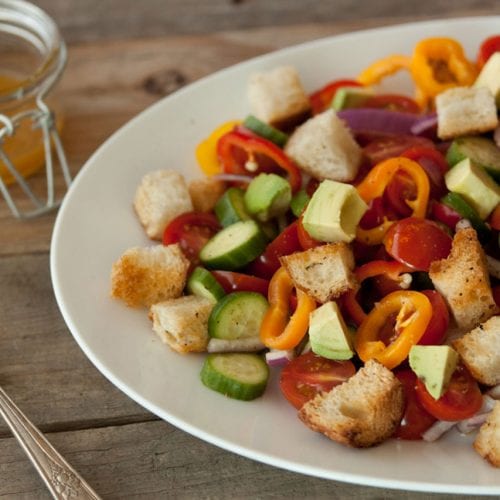