A few weeks ago we went on a potato bender because duh… have you ever met a potato you didn’t like? Me neither! Today it’s a Hasselback Scalloped Potatoes situation just in the knick of time for Easter! 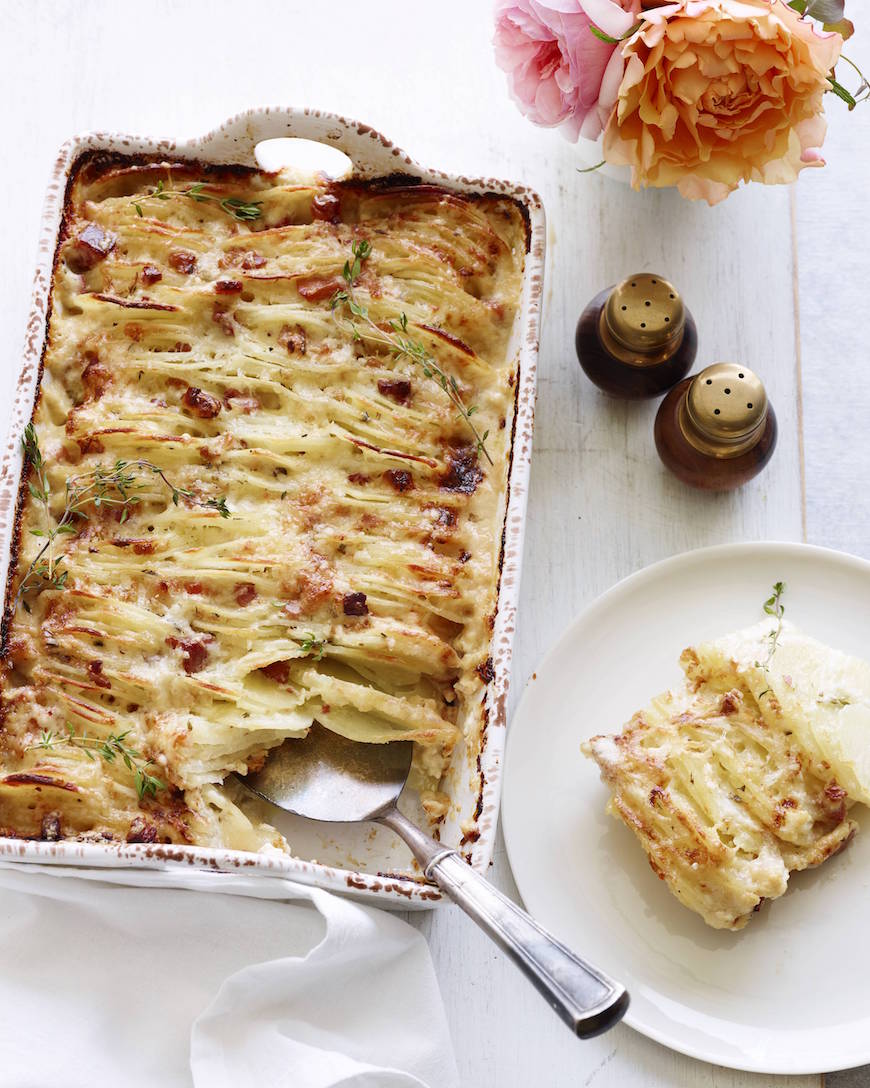 Traditionally Scalloped Potatoes are baked laying down, flat, against the casserole dish – but hasselback potatoes are so sexy and I thought, let’s combine the two and see what happens. Plus I like when things are evenly stacked – it’s my inner OCD coming out to shine, as evidenced by this recipe from a few years back. Well, THIS is what happens when a scalloped, meets a hasselback, meets my stacking obsession…and it’s equal parts cheesy, gooey, crispy, carby deliciousness. Easy to slice and serve to a crowd too! 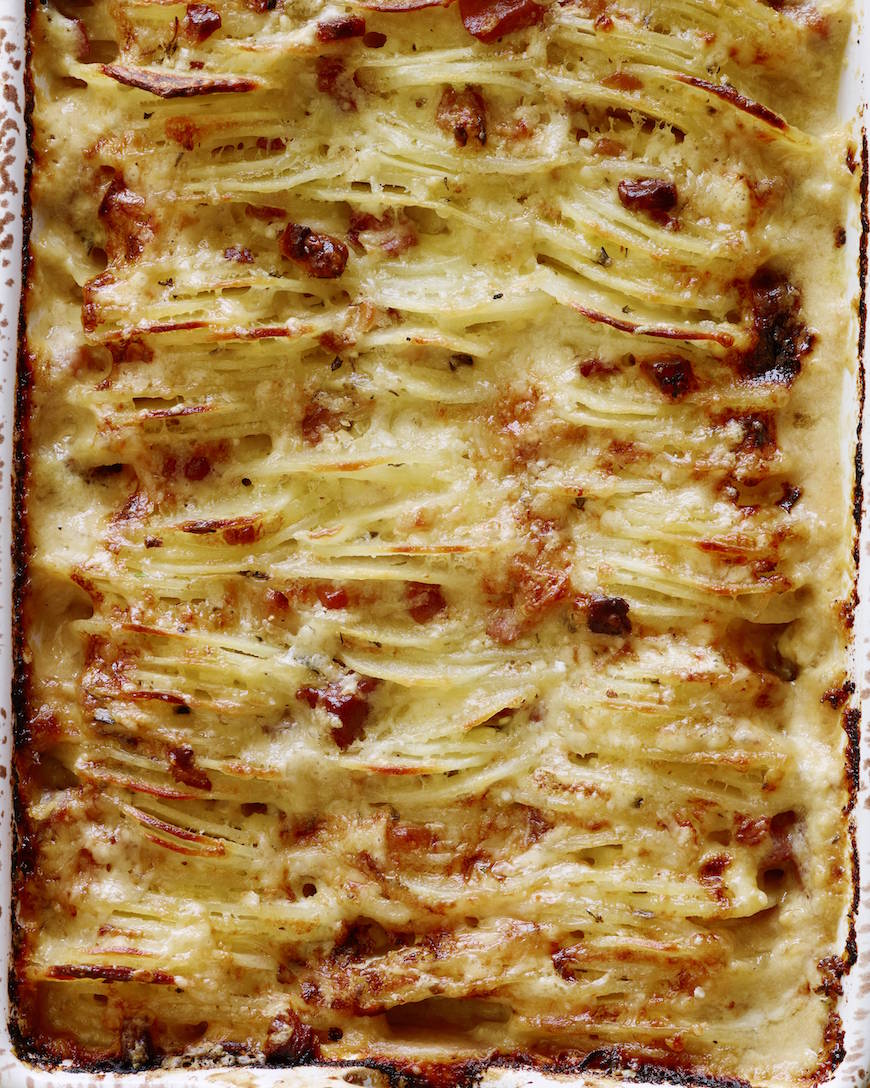 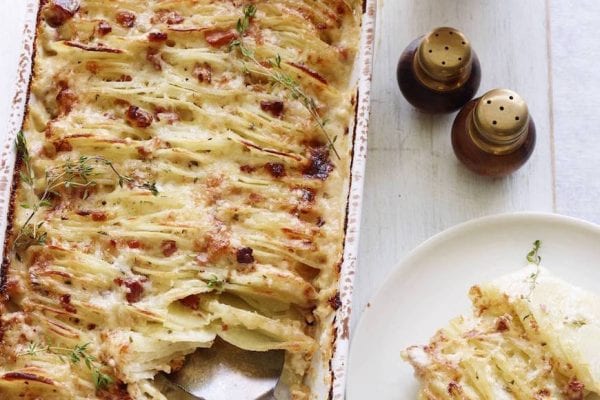