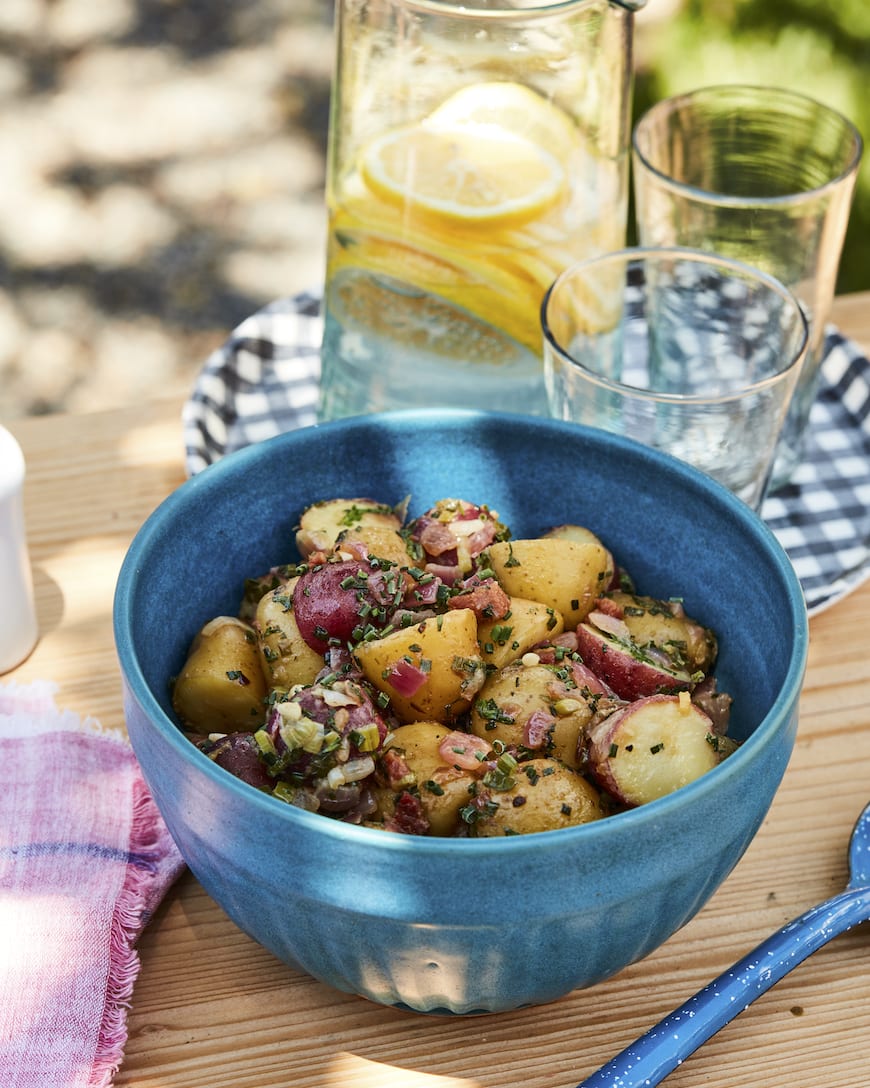 German Potato Salad is in my blood (literally my Grandparents are German!) It runs through my veins – and it’s EVERYTHING you need for summer cook-outs this year!

What is German Potato Salad?

German Potato Salad at its core, is a side dish made with boiled potatoes and other various delicious ingredients.  Think bacon, herbs, garlic, onions, etc.  According to my Omi (that’s grandma in German) Potato Salad originated in Germany, and she has been kind enough to share the family recipe with us.

Now that we know what the Potato Salad basics are, and where it came from I would like to make a confession.  I’m partial to a vinaigrette based potato salad, vs the traditional mayo based American Potato Salads. I think it partially has something to do with my German roots and the tangy/acidic combo of the vinegar and potatoes.  It’s also much healthier than boiled potatoes covered in mayo and lasts longer sitting out at a BBQ.

The simple answer is a timeless traditional recipe that has been passed down through my family over the past 100 years! My Omi and my Omi’s Omi have been making the most incredible potato salad loaded with herbs, bacon and a simple vinaigrette since I can remember. It’s literal perfection and it’s hard not to eat it before throwing it on the table for a dinner party.

I love this zesty potato salad so much that I’ve been known to make a double batch because my snacking is that INTENSE!

If you’re lucky enough to have any of the bacon and herb mixture with the vinaigrette leftover after polishing off the potatoes… drizzle it on just about anything for an extra punch of flavor. Or slather it on some grilled bread. Use it as a sauce base of pizza. It should never be wasted!

So there you have it, the ultimate German Potato Salad Recipe. Use it as a side dish alongside some grilled steak or chicken and it’s a winner! Serve it warm, serve it at room temp or serve it as leftovers chilled. You truly can’t go wrong any way. 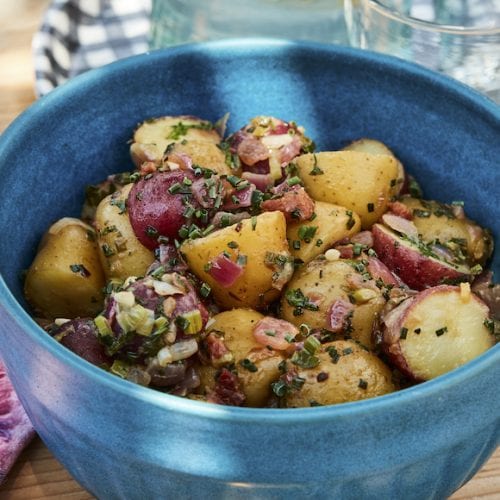