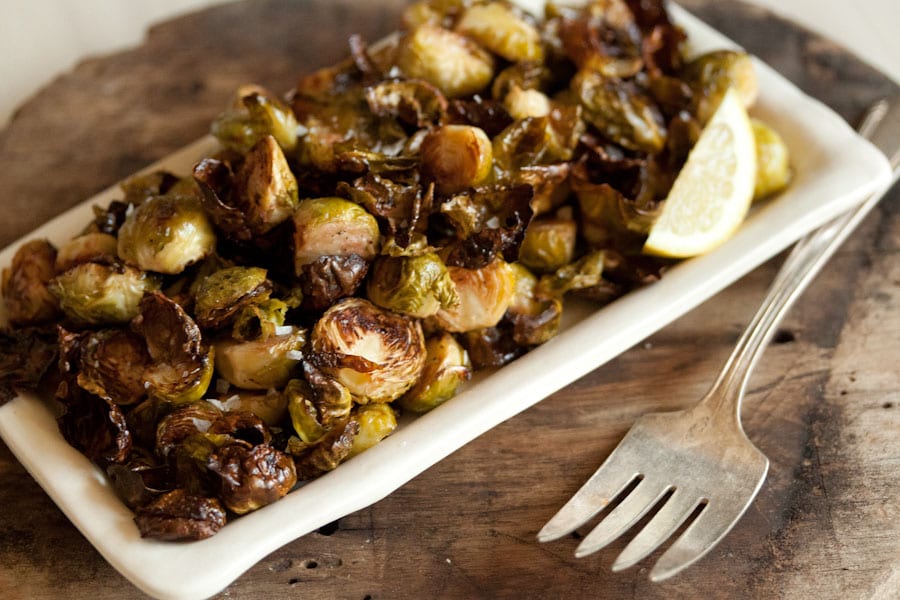 I am a HUGE Brussels Sprouts fan. You could almost call me a fanatic. I literally jump at the chance to order or makes these delicious little morsels all the time. Last year for Thanksgiving I was in Chicago with a bunch of my extended family. I announced that I was going to be make Brussels Sprouts for one of the many side dishes and my Uncle just about freaked out. At first I was totally offended and then came to terms with the fact that most people probably haven’t ever had life changing Brussels Sprouts. (And that’s totally because they haven’t ever eaten mine) So off I went to the store and bought a bazillion Brussels to make for dinner. You see, there is never such thing as too many Brussels Sprouts in my house, because given the the chance, I would most definitely eat all of them. Off the roasted pan. With a squeeze of lemon. And a pinch of salt. omg I’m drooling. But usually I have to share, so I buy extra!

Well, it’s safe to say that my Uncle is now a total Brussels Sprouts convert. He fought be over the last spoonful at the dinner table which ultimately means my job there was complete. 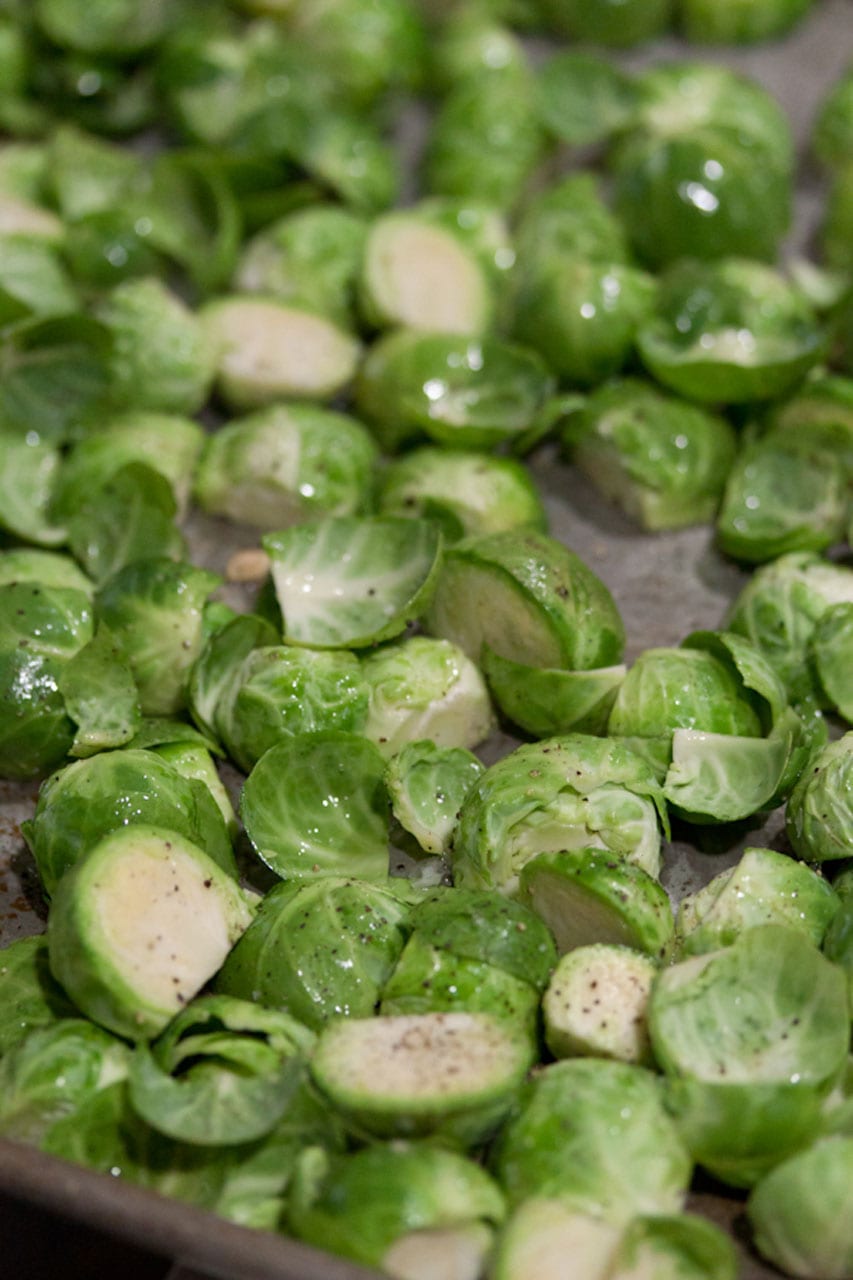 First you’re going to cut off the bottoms of each one, and then cut them in half. They all get piled onto a baking sheet with a quick drizzle of olive oil and some salt and pepper. Give them a good shake so they are all evenly coated and then spread them into one layer on the baking sheet.

Throw them into a 450 degree oven and let them start working their magic. 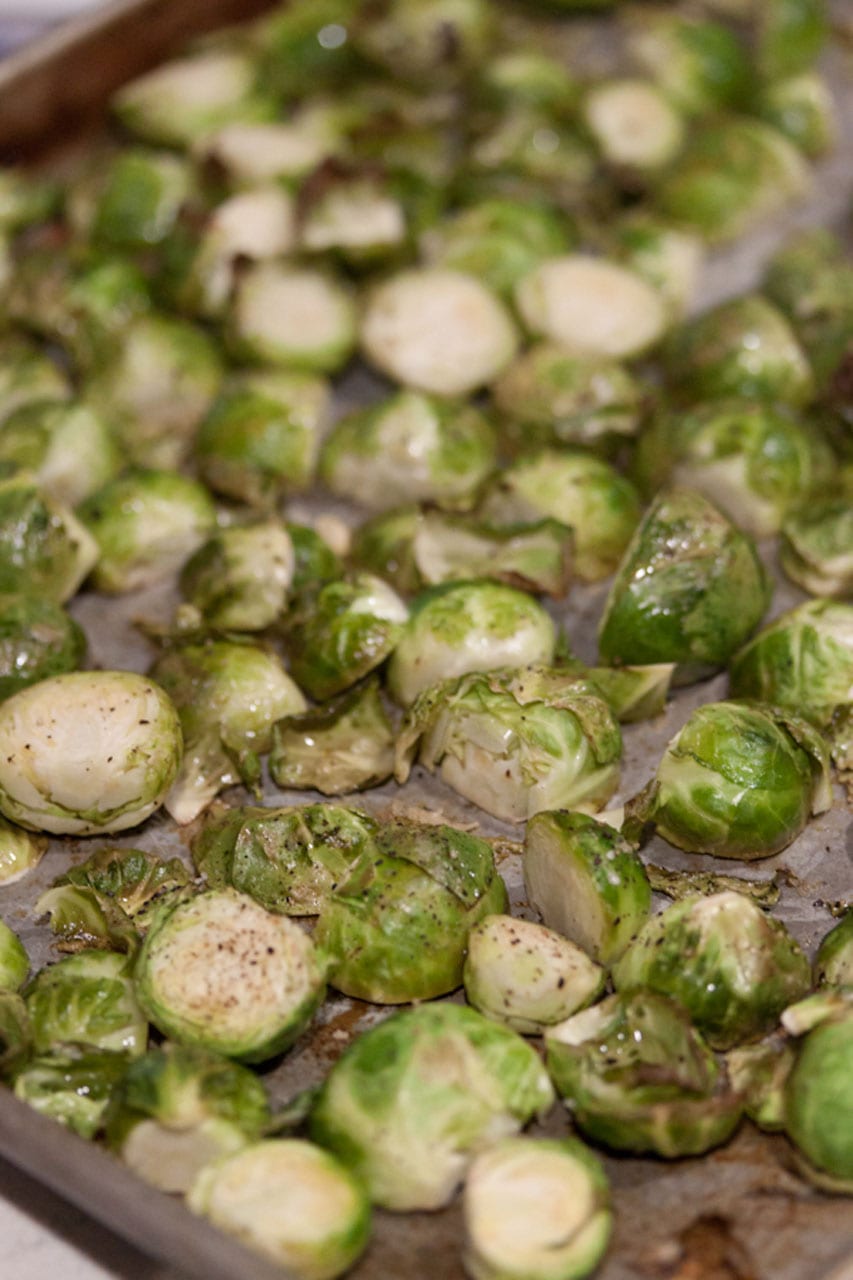 About 15 minutes until the roasting process, take the baking sheet out and give the Brussels a little shake or move them around with a wooden spoon. We just want to make sure that all the sides are getting nice and golden brown. Throw them back into the oven and pour yourself a glass of wine or something of the sorts and take a little break. 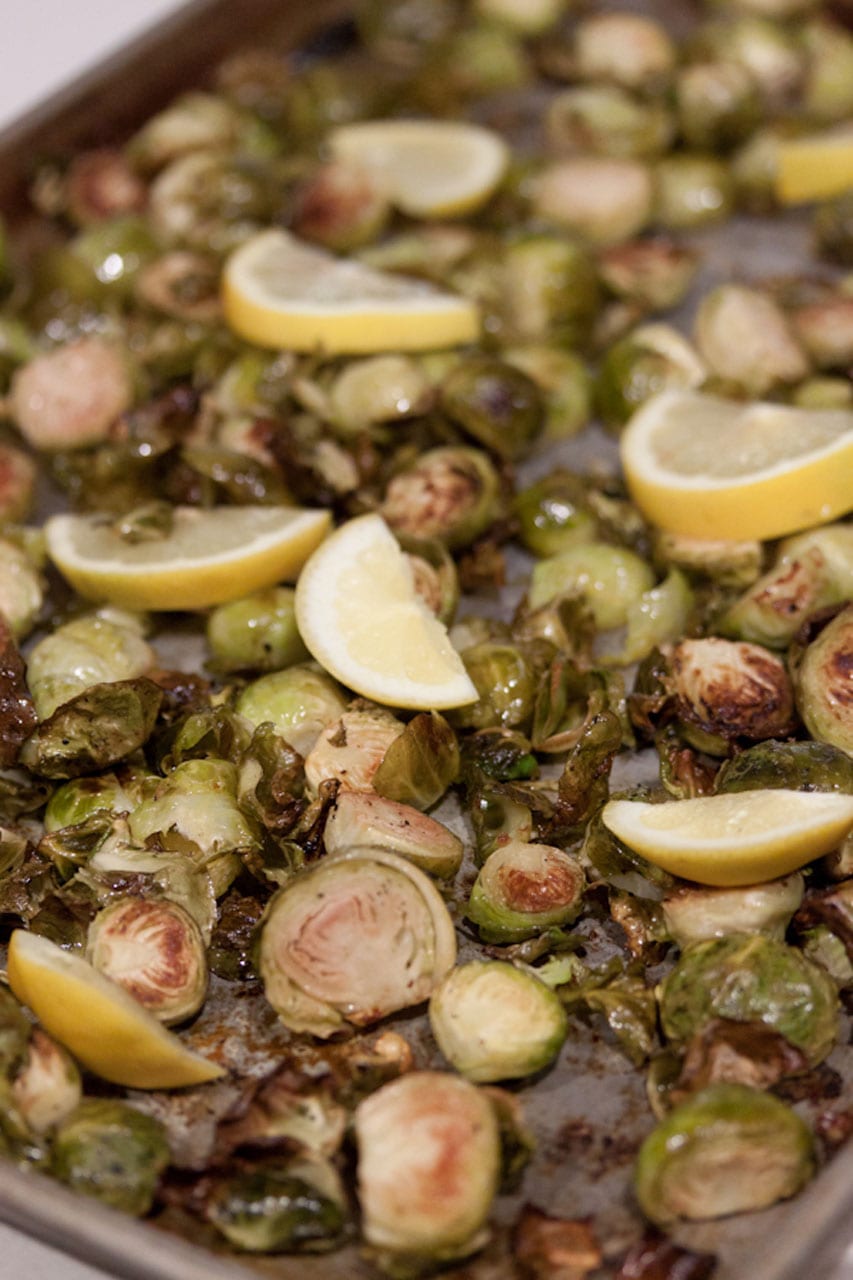 15 minutes later (that’s 30 minutes so far of roasting time) take the baking sheet out again and give them another mix around with the spoon. Squeeze the juice of an entire lemon on top of the Brussels and then chop up the lemon and throw it on top. Back into the oven they go for about 10 more minutes. (Notice all the beautiful brown bits that are starting to pop up) 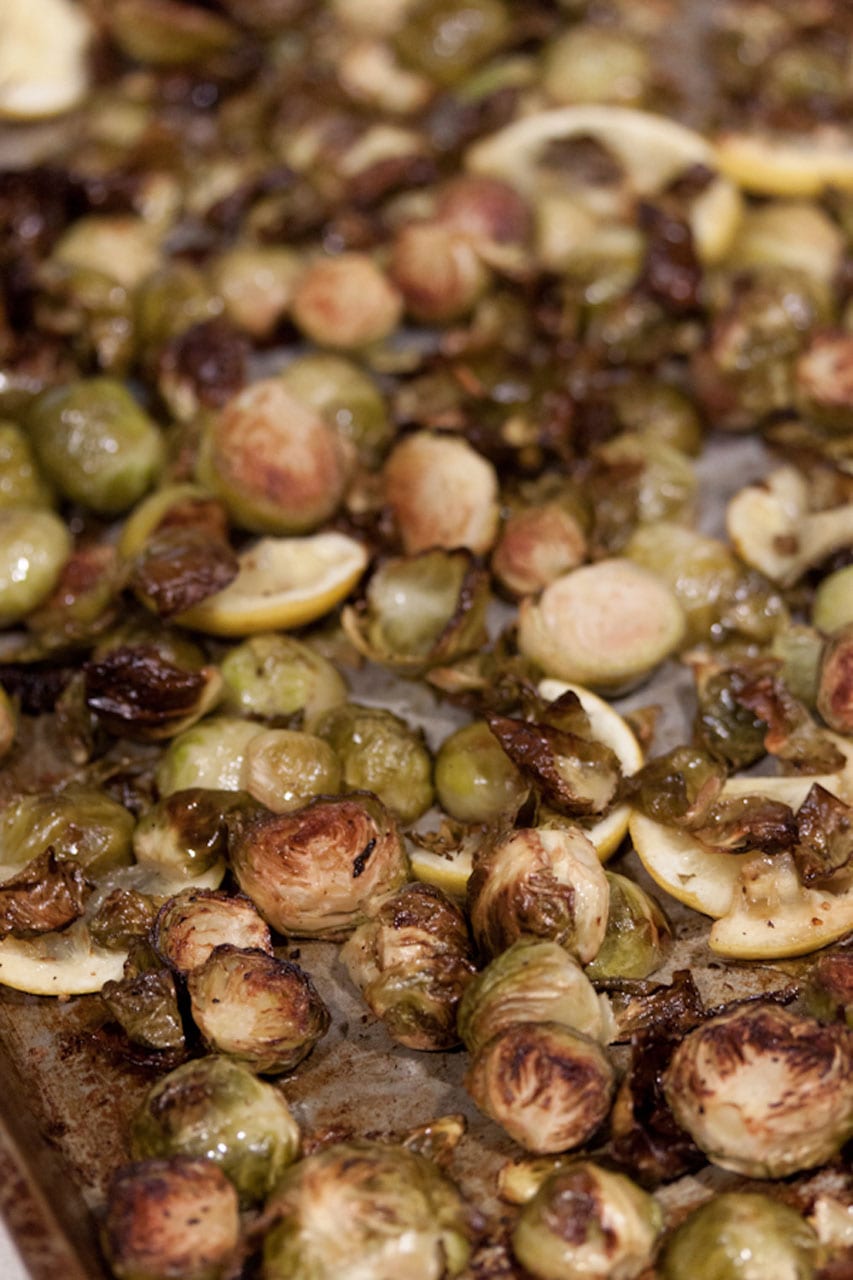 After about 40 minutes of roasting time your Brussels should look like this. Nice and brown and crispy! Give them a quick taste to see if you need a little bit more lemon juice… if you think so, go ahead and squeeze a little more on top. Season with a few pinches of kosher salt and pepper and then serve.

I promise these are going to be a huge hit! Now if you’ll excuse me, I need to go back an entire double batch of these and eat them all in one sitting. 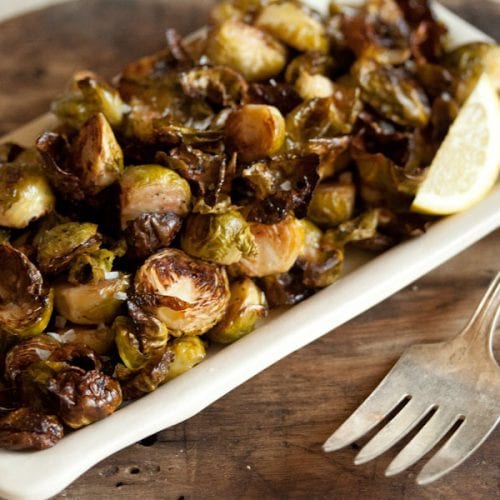