Vegetarian Paella is without a doubt the easiest way to cook for a crowd and keep things veggie based (and inexpensive!) Trust me, you need this and you can thank me later! 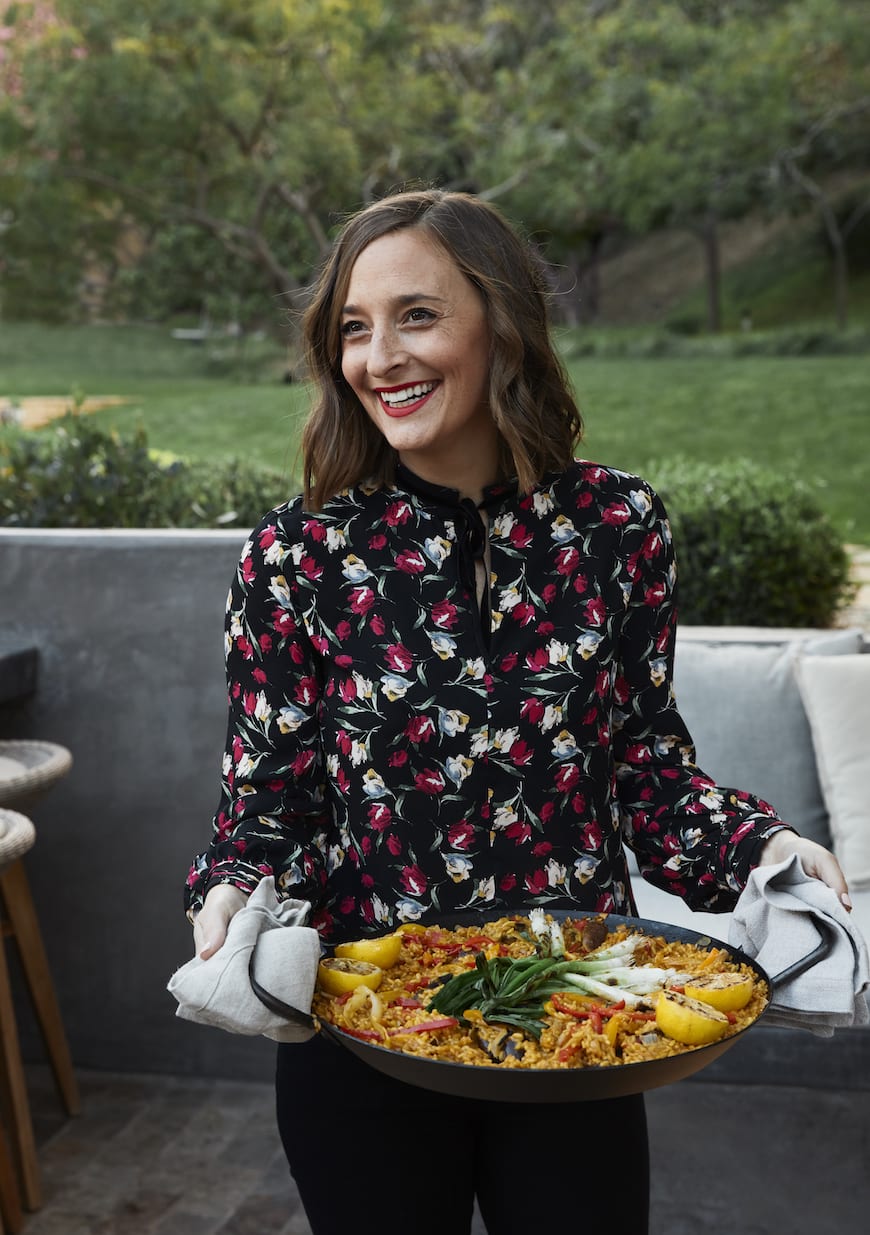 This stunned of a vegetarian paella popped up in the Paella Party menu that I put together! It’s the perfect way to feed a bunch of vegetarians AND meat lovers and it also happens to be dairy free / nut free / vegan etc! Check out the Paella Party details here for the full menu and lots of inspiration! 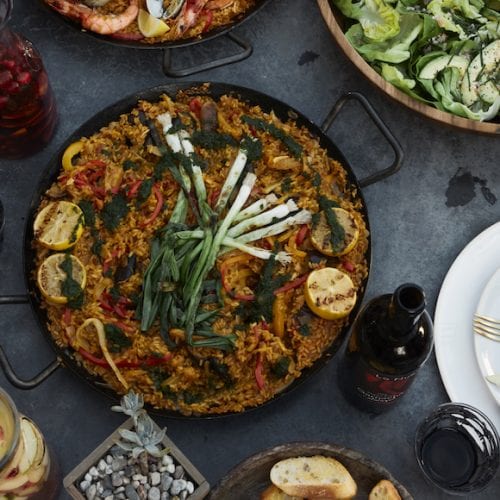