So, riddle me this… would you guys be okay if we made a joint decision that we should all eat grilled pizza for the rest of summer? Grilled BBQ Chicken Pizza is my current jam! 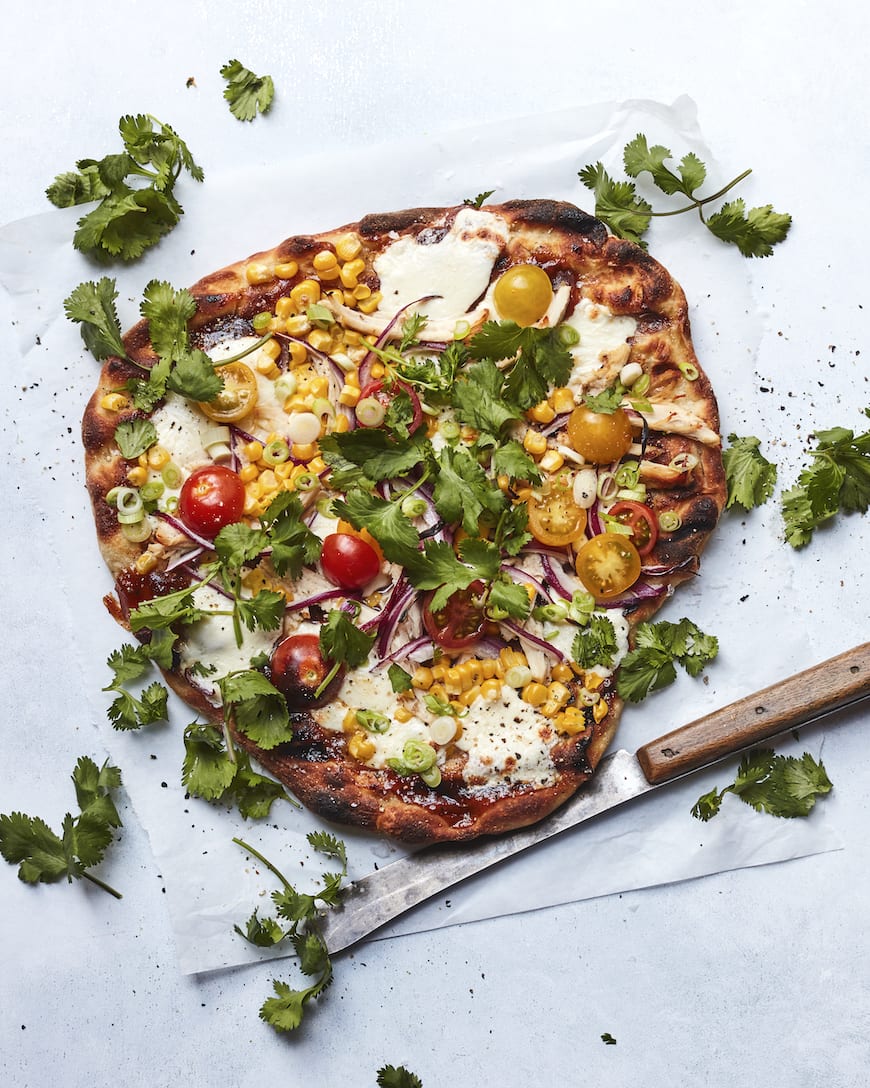 Please say yes. Grilled pizza for those of you who have yet to experience it is a game changer!

If you have a grill, preferably a charcoal grill, it’s beyond really simple. Step numero uno: roll out your dough and then give it a little brush with some olive oil. Next: gently transfer the dough onto the piping hot BBQ and let it cook for just a few moments on each side until there are grill marks and the dough starts to bubble. Lastly: take it off the grill (carefully), top it with whatever you want, and throw it back on for a hot second to melt the cheese. 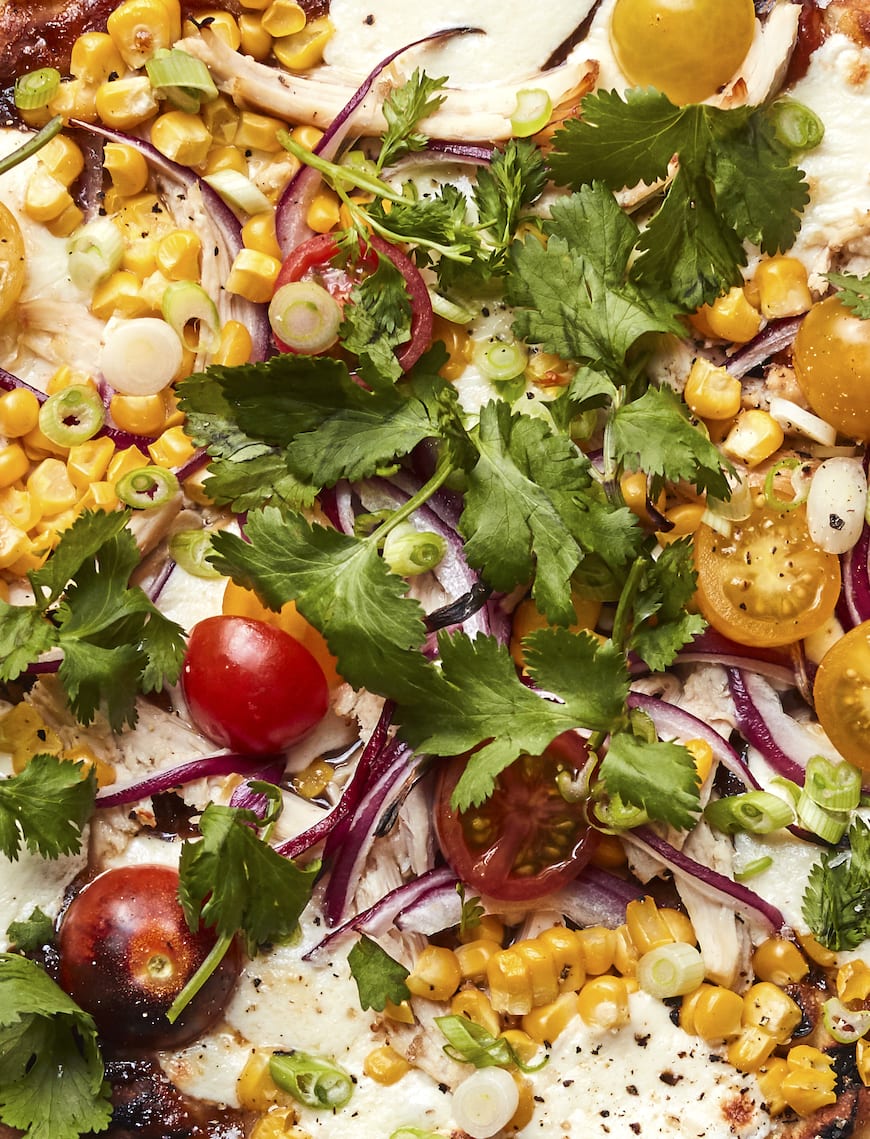 I’ve been keeping the ingredients on hand to make this Loaded BBQ Chicken Salad but things took a delicious turn when it became a Grilled BBQ Chicken Pizza instead. My only regret is having 2 friends over for an al fresco dinner. Because it meant no leftovers for me the next day. #fail 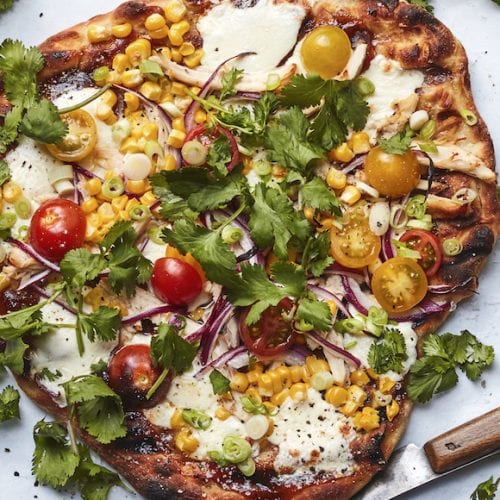 50 Incredible Fourth of July Recipes to Feed a Crowd