Well guys… this is it. We’re locked and loaded. Super Bowl Sunday is just days away and we’re ready to roll. We’ve got a menu to rival all menus and we’re only missing one thing…Nacho Loaded Potato Skins. 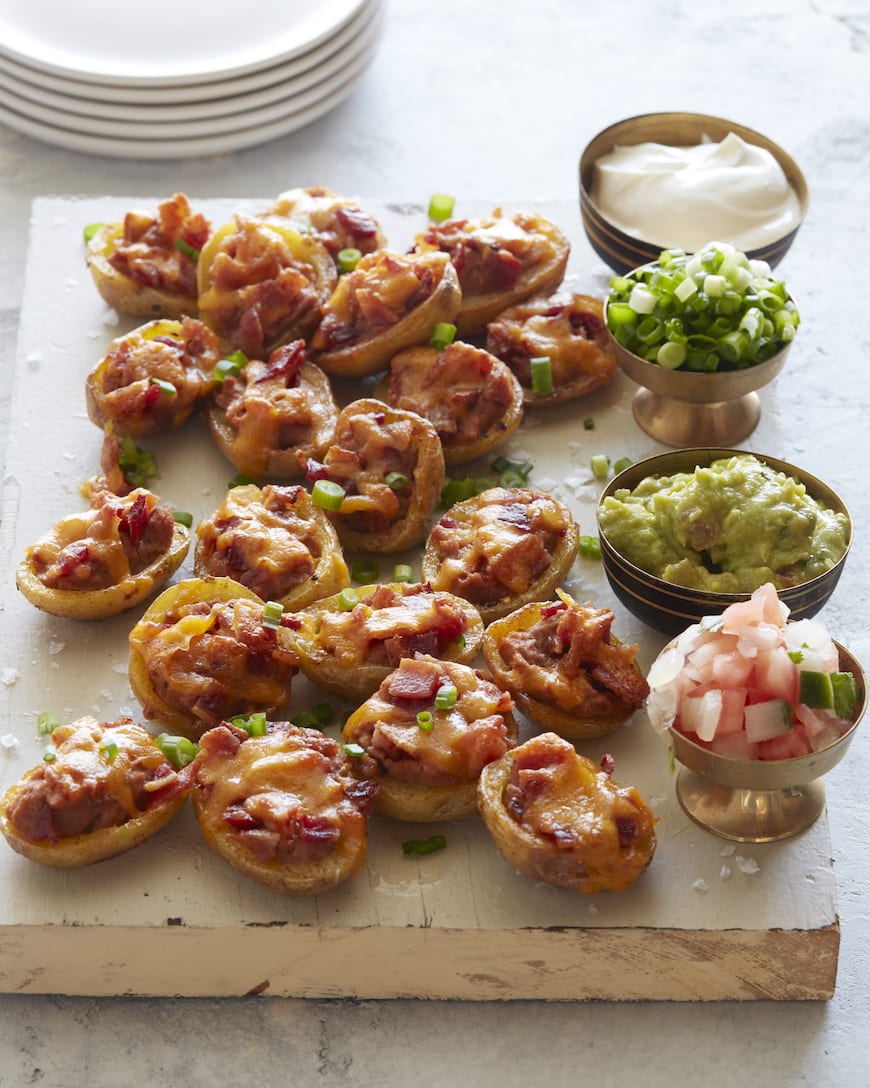 Nacho Loaded Potato Skins. I mean whaaaaaaat? What is happening. It’s basically the end all, be all to game day snack. Imagine a crispy potato skin stuffed with refried beans, bacon, topped with cheese, salsa, guacamole, and chives. Can you dig it? I mean, I ate all mine with sour cream on top too, because why not? 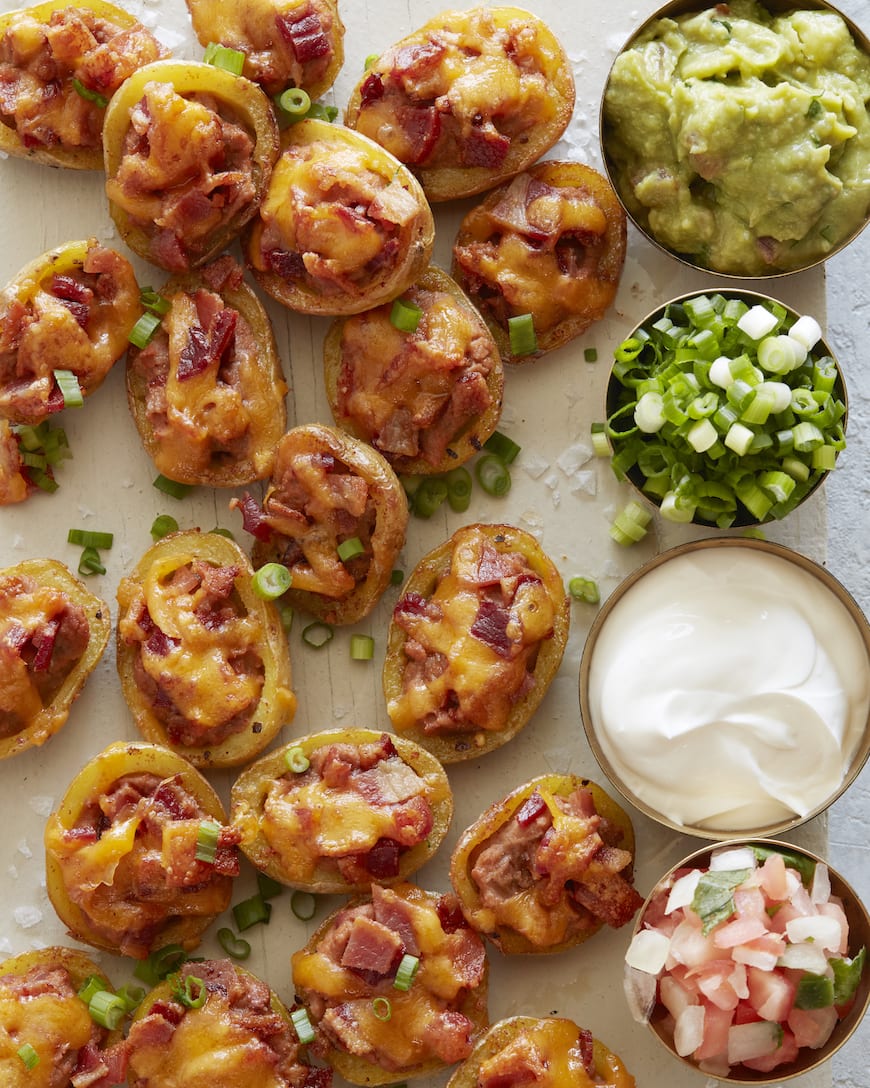 These are amazing. And you 100% have to serve them or bring them to your Super Bowl party on Sunday. People will be singing your praises all year long and finding any excuse to invite you over. People might even forget there is a football game on and just hang out around the table with these bites – or maybe that’s just me. Does it get any better than carbs, cheese, bacon and guacamole all rolled into one amazing potato skin? I think not. 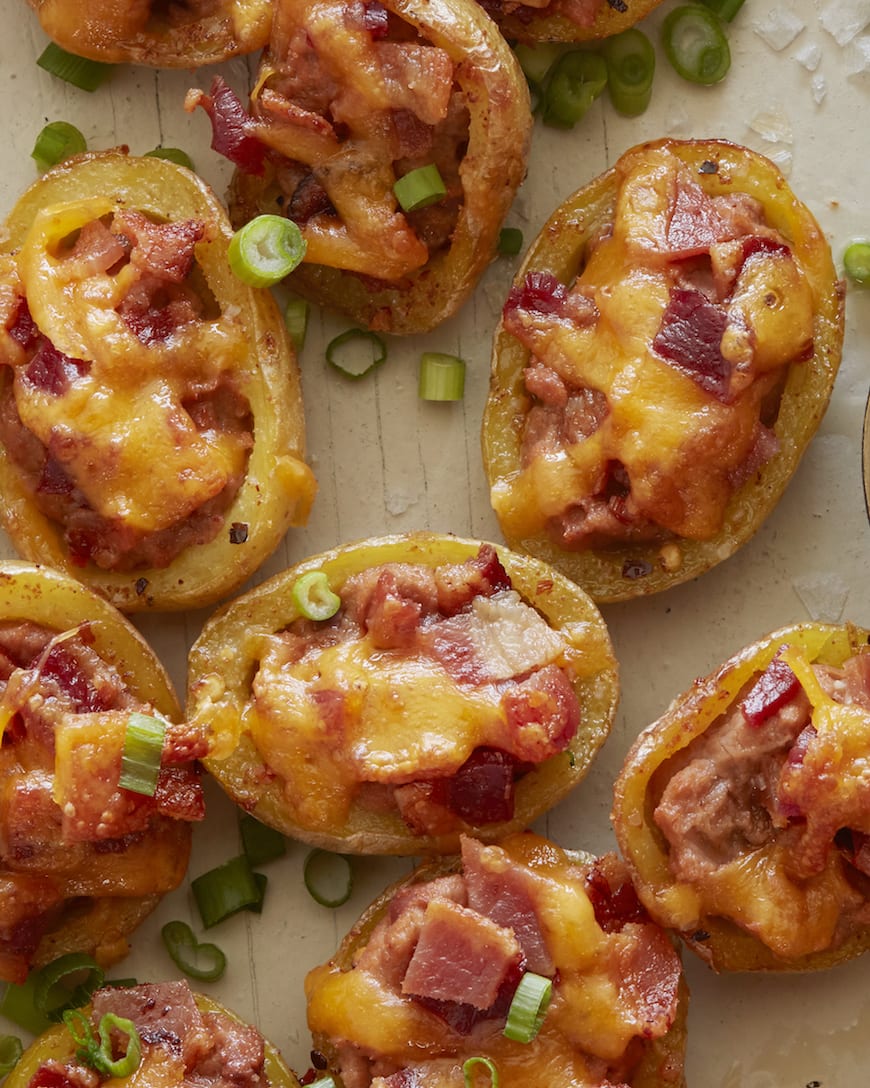 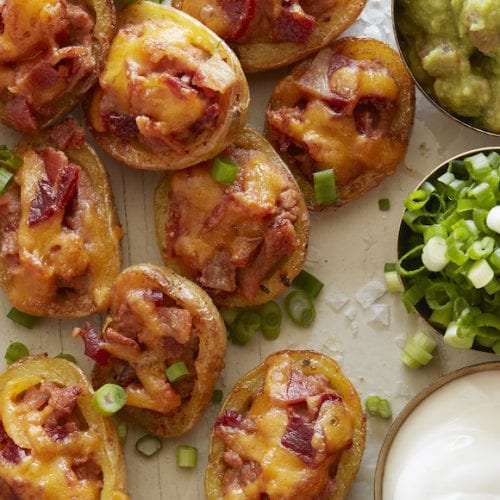