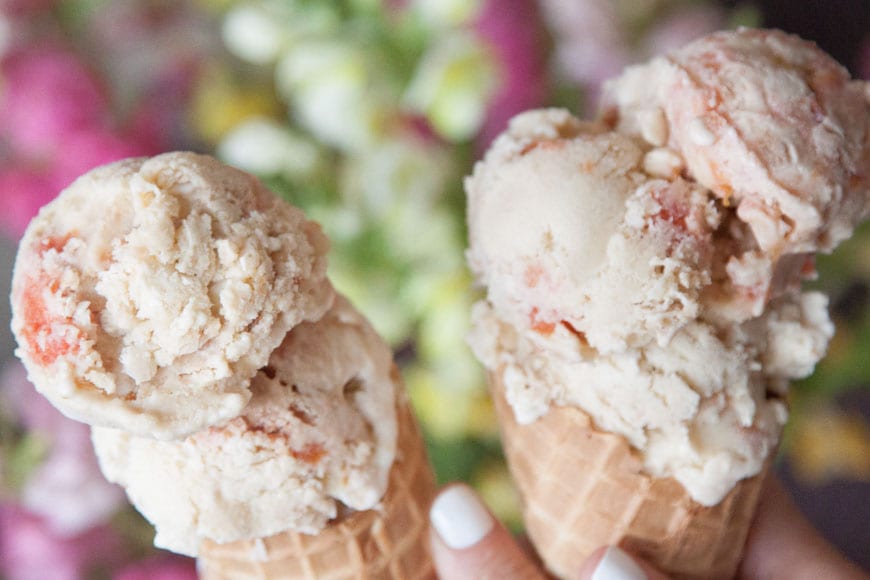 Peach Streusel Ice Cream is the name of the game. Let’s eat!

Did everyone have a fab 4th of July? I hope so 🙂 We had the best and most relaxing day! And naturally, I made ice cream. I’ve been working on a peach ice cream recipe for the last few weeks and ultimately decided that it would be best with a little streusel mixed in too. And a browned butter vanilla bean base. I mean why not right? It is summer after all. 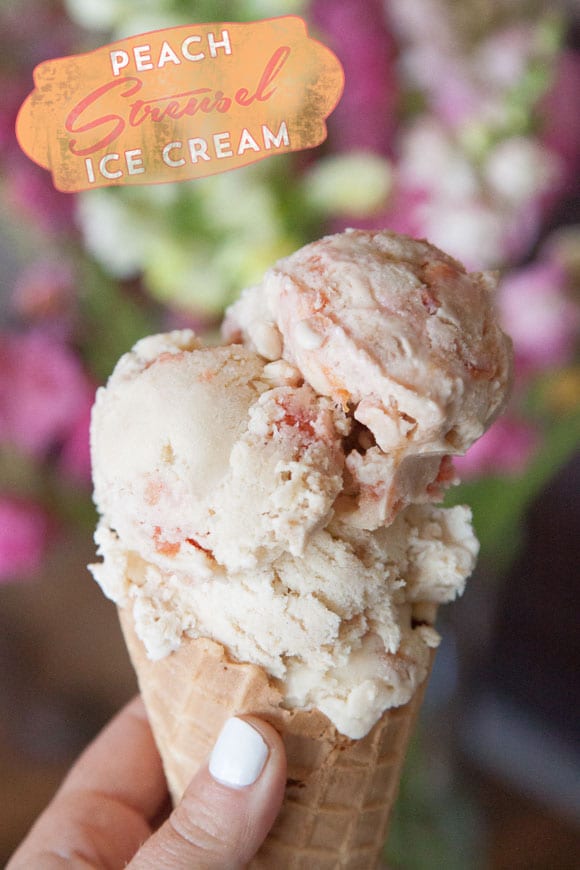 And summer clearly calls for Peach Streusel Ice Cream. And pretty painted finger and toe nails. And copious amounts of time out by the pool sipping on something refreshing. And having boatloads of fun at all times. Just saying. I’m looking out for you guys. I want your summer to be extraordinary and spectacular.

You know what  was really fun? Eating this. You know what was not fun? Shooting this pic! Man, ice cream is hard. It melts. What’s up with that? Don’t the ice cream gods know that in order to take a decent pic of ice cream you need at least a few moments with the ice cream before it starts to fall all over your hands, arms and eventually the freshly washed floor. Sheesh. Good thing I have a cat who clearly loves dairy products and will lick up any little ice cream spills that might occur in my house.

With some help from the hubby, I eventually got a pic and then we promptly stuffed our faces with what was left of the delicious frozen treat.

I had a few heaping spoonfuls of the caramelized peaches and saved them for tonight to serve warm over some more vanilla bean ice cream. Ice cream calories on holidays don’t count. My mom even told me so. And I’ve declared tonight and the rest of the weekend a holiday, even though some people had to go back to work today. So let’s just continue with our non-caloric ice cream intake and have a ball shall we? 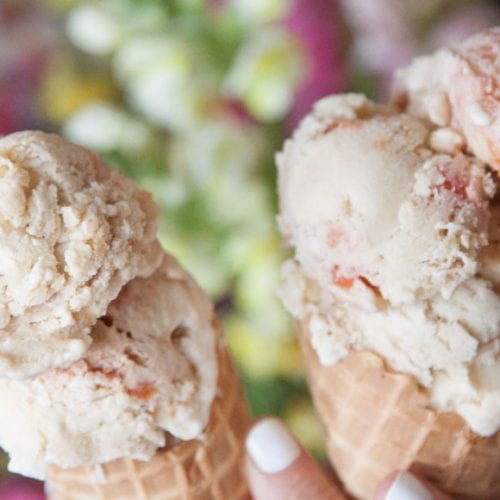 For the Ice Cream

For the Caramelized Peaches:

For the Ice Cream

For the Caramelized Peaches: