Bonjour from France!! I’ve been galavanting around France with my parents and sister for the last week on our surprise vacation!! Clearly I was WAY off on my original idea of going to Africa!

We were in Paris for the beginning part of the week, and then made our way down to the Dordogne region and now we are currently up in Colmar sipping on some fabulous Alsatian wine! In a few days we will head over to the Champagne district for a little pre-birthday bubbly for moi! And then it’s back over to Paris for Roland Garros and a quick trip to Giverny before we head back to the states!

Here’s the breakdown of the clues I posted a few weeks back! 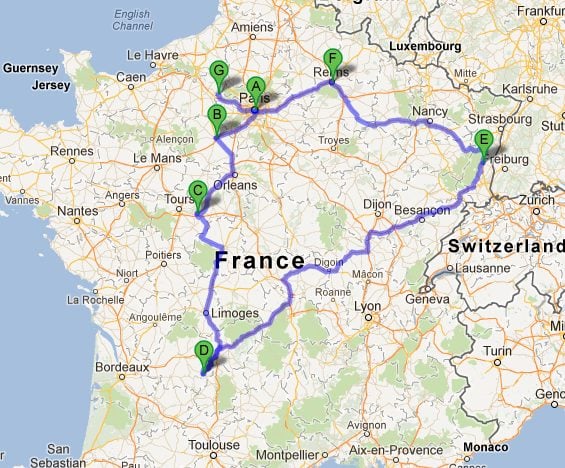 1. Where only buffalo would roam

Dad: If you do not turn off roaming on your phone in Europe you come home poor!! So, only buffalo would roam! This one was just to denote leaving the country . We were not quite into clue mode so this was not one of our best.

Gaby: Whaaaaat? Who even thinks of such things?

2 .When puppies take a little nap they always take their favorite bone, a part of the fun!

Gaby: Bone? Bone a part? Doesn’t that just scream lions and tigers and bears to you? It does it me? Clearly, I’m wrong. Go figure. Napoleon was kinda cool. Big tomb. Little dude. 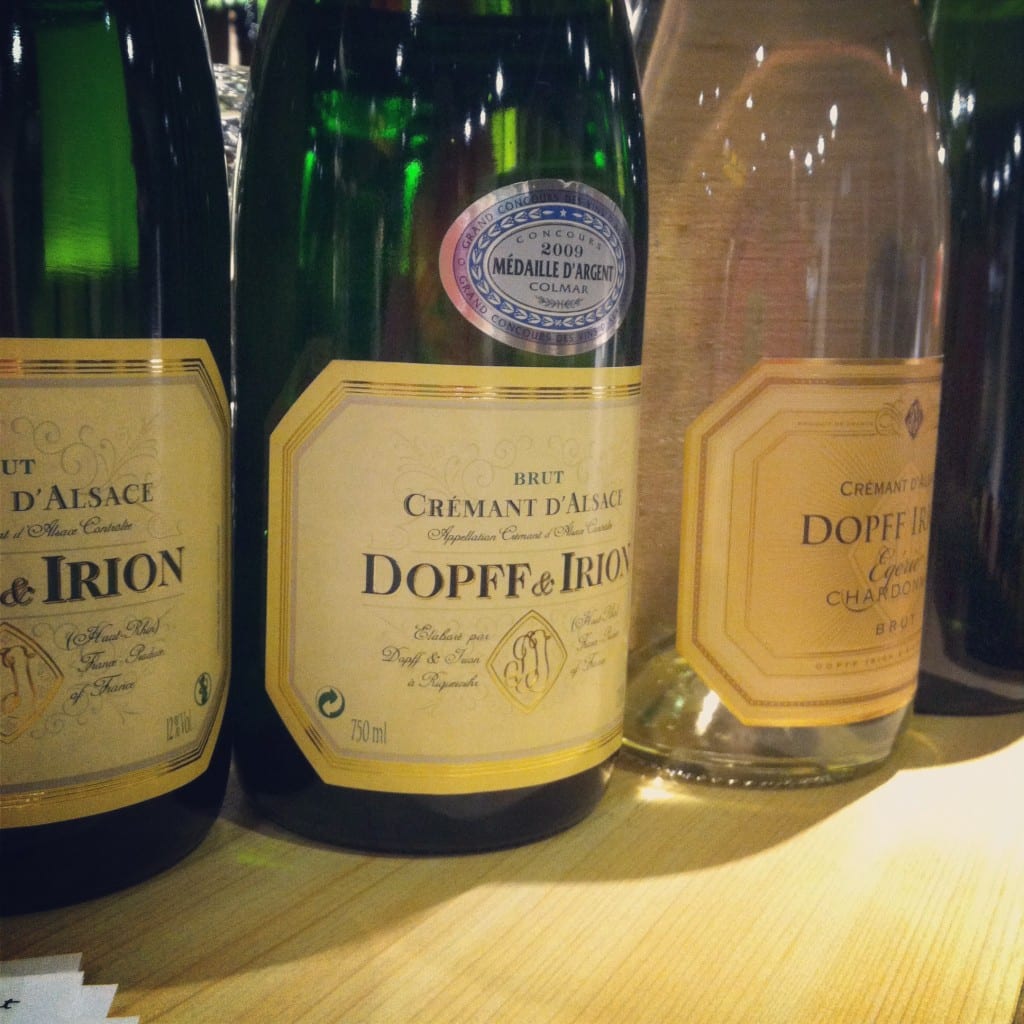 Dad: For wine experts, the Alsace area (Al says) is the place for a glass of wine. Really, this one was hard? – You can tell by now that we like to play with words.

Gaby: Didn’t even know the Alsace region existed until last week. Clearly I didn’t do well in my geography classes. 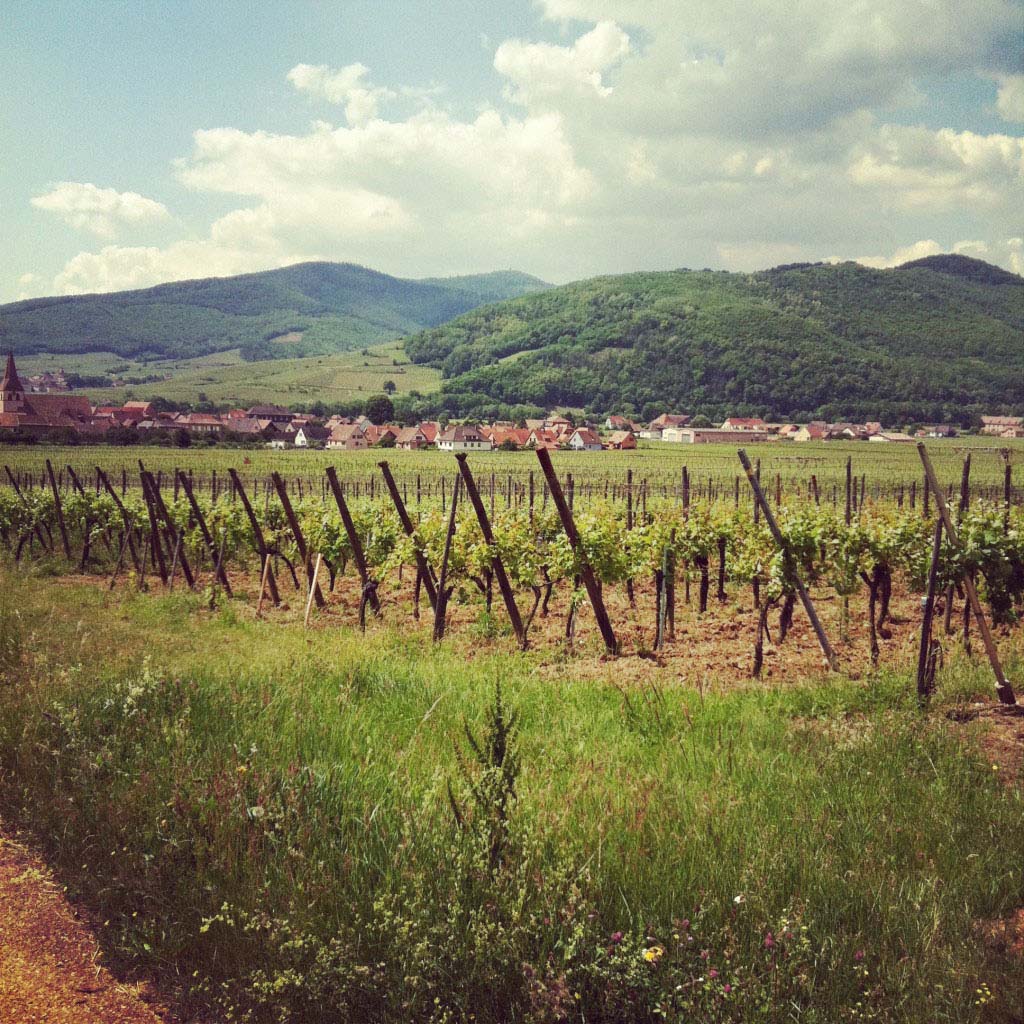 4. Towering above the river, and such beautiful scenes to behold. Away from the dust and dirt in the west. What a day it will be, or two or three……

Dad: Ok, towering: the Eiffel for sure – next to the Seine river, and to the west are the clay courts (dust and dirt) of Roland Garros where we will spend two days at the French Open Tennis Tournament.

Gaby: Somehow my sister figured this one out?!?! How does that happen? I’m older. And clearly smarter. Either way, I’m jazzed to go to the open! And get a tan. 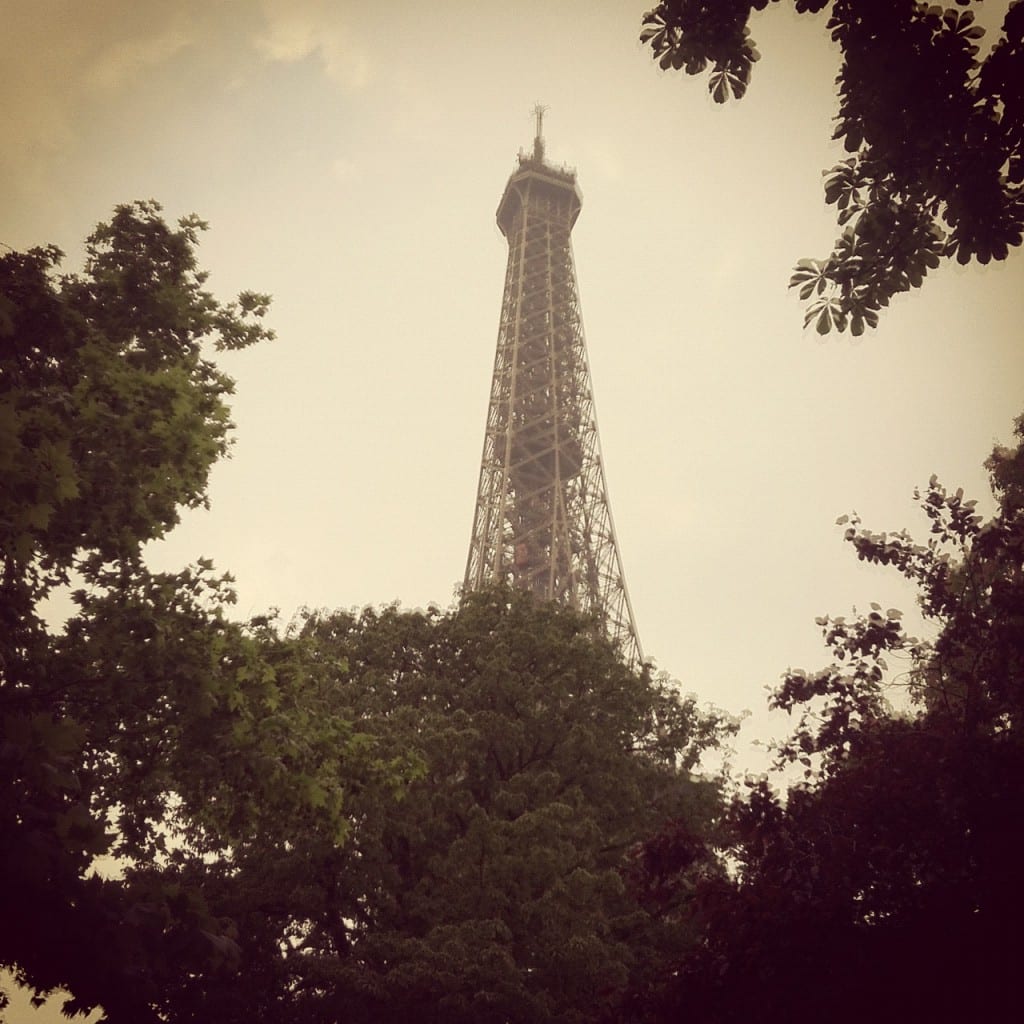 5. Beautiful she is, yet such a hard name. Could she be the place, so bubbly and warm, or just a stop on the way?

Dad: This was one of those 3am wake up clues, couldn’t find the pen, and was sure I would forget it in the morning!! “Hard” name – Iceland, has lots of hot springs (bubbly and warm) as one of their attractive features. This was our stopover to Paris on our way from Seattle – “just a stop on the way” – not  bad eh???

Dad: Most of you were pulled in by the last line, thinking oui, oui, oui (not wee wee wee)- but that actually was an afterthought, but clearly a good one! I did think it might draw some into the France motif ! This one was for the world famous Sarlat Market in the Dordogne valley area of France.  Strawberries and walnuts are their rage, with truffles (piggy!) in the winter their other fame.

Gaby: Sarlot might have been one of the coolest places I’ve ever been to. And the market. Omg you guys would have died. It was cooler than the Santa Monica farmers market and the Portland farmers market times a billion. Everything was ah-mazing.

Dad: My other daughter had/has this nice friend in High School named Ernie (I liked his parents as well), so another famous destination for us to tour in France outside Paris is Giverny (Give Ernie) – home of Monet. Definitely like to play with words!

8. Paddling the river, there’s a dog in the middle – hope it can swim!

Dad: We planned a canoe trip on the Dordogne (dog in the middle of the word) river- sweet clue isn’t it!! Pisser, when we arrived they had just released the dam upstream so the river was running so fast there was no canoeing. I still wanted to go, but was voted down by my wife and both Gaby and Anya (wimps). They had to remind me of our life threatening river adventure of the past, which I had purposefully forgotten! We did the trip by car – great little cities from the 1600’s, but we weren’t as wet as on the river.

Gaby: YOU GUYS. This is how I figured out the trip!! After a glass of wine or two one day in LA (yes, I fully support a glass of wine with lunch every once in a while) I was thinking about the Dordogne clue. And I was like what? Dog in the middle? Why is there a dog in the middle? And then it literally just dawned on me. The word dog is in the middle of the name of a river!! Hello. Genius. So then I left it up to the trusty Ctrl + F function on my computer to look up all the rivers in the world with the word dog in the middle. And then…. I cross referenced it with what was going on this week… the French Open… and voila!

Thank goodness we figured this out a few days ahead of time… because I was ready to pack 10 pairs of lululemons and a bunch of t-shirts for my african safari. That would have been interesting in Paris. And severely damaging to my credit card.