I’ve gotta be honest with you guys – I’m upset that I’m not in Italy right now. ALL of my friends are there and I’m having major FOMO. But seeing as how I am on lock down for the next few weeks as I finish writing my next cookbook, I thought I’d bring a little bit of Italy to me with this Antipasti Burrata Panzanella! 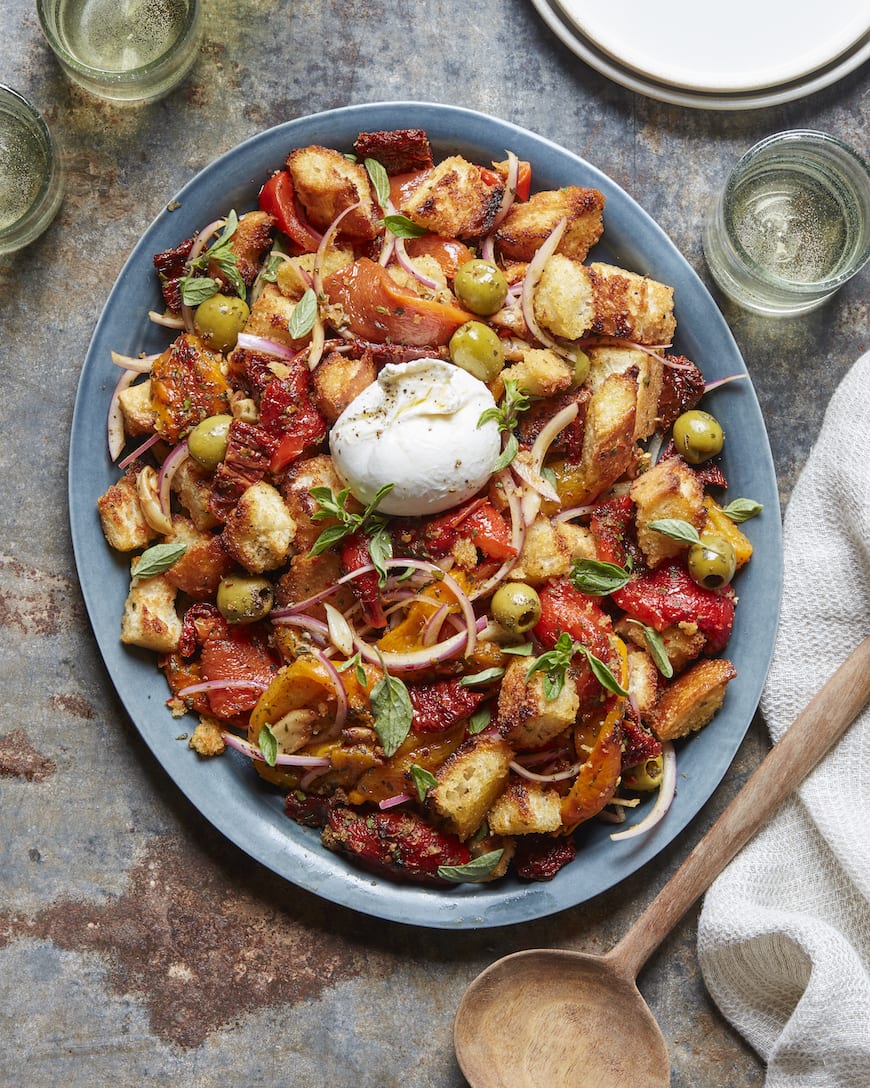 Let’s break it down shall we. We’ve got 3 words that individually are music to my ears. Antipasti Burrata Panzanella. But string them all together and it’s game over. We’ve got all my fav Antipasti things like the Delallo Sun Dried Tomatoes, Delallo Roasted Garlic Cloves and obviously the Delallo Castelvetrano Olives! 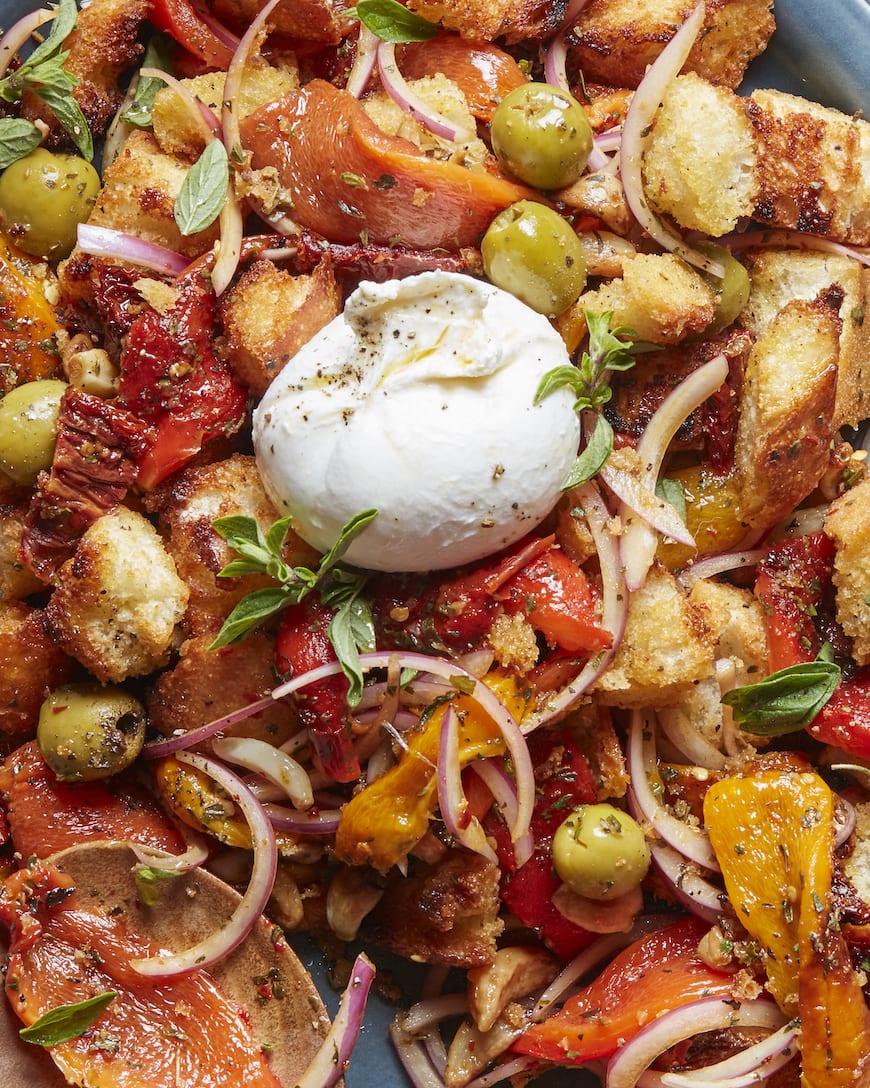 Then we’ve got Burrata. I mean, do we even need any more words to describe that – nope. 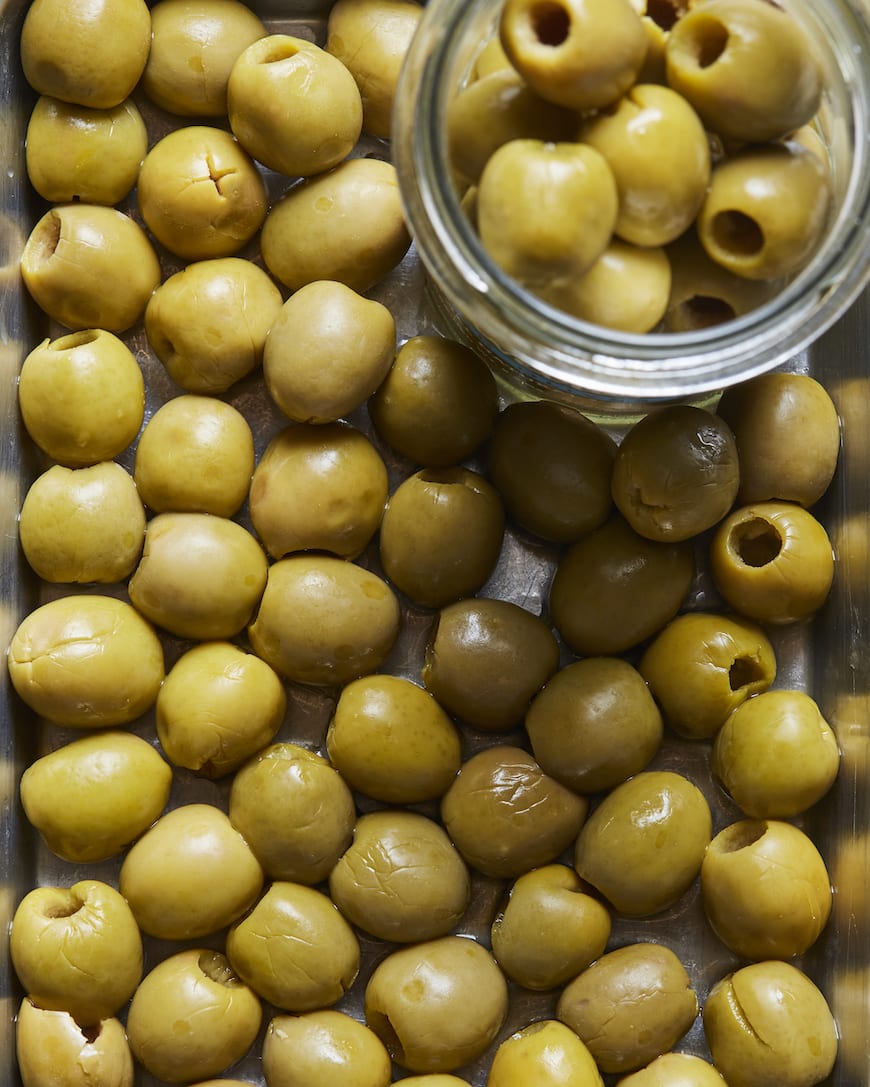 And then we’ve got the panzanella. Those crispy croutons that my dreams are made of. Fold it all together and you’ve got a salad that will double as an appetizer. You could even set it out with toothpicks and let people demolish it before the main course. No one can say no to this one!! xx 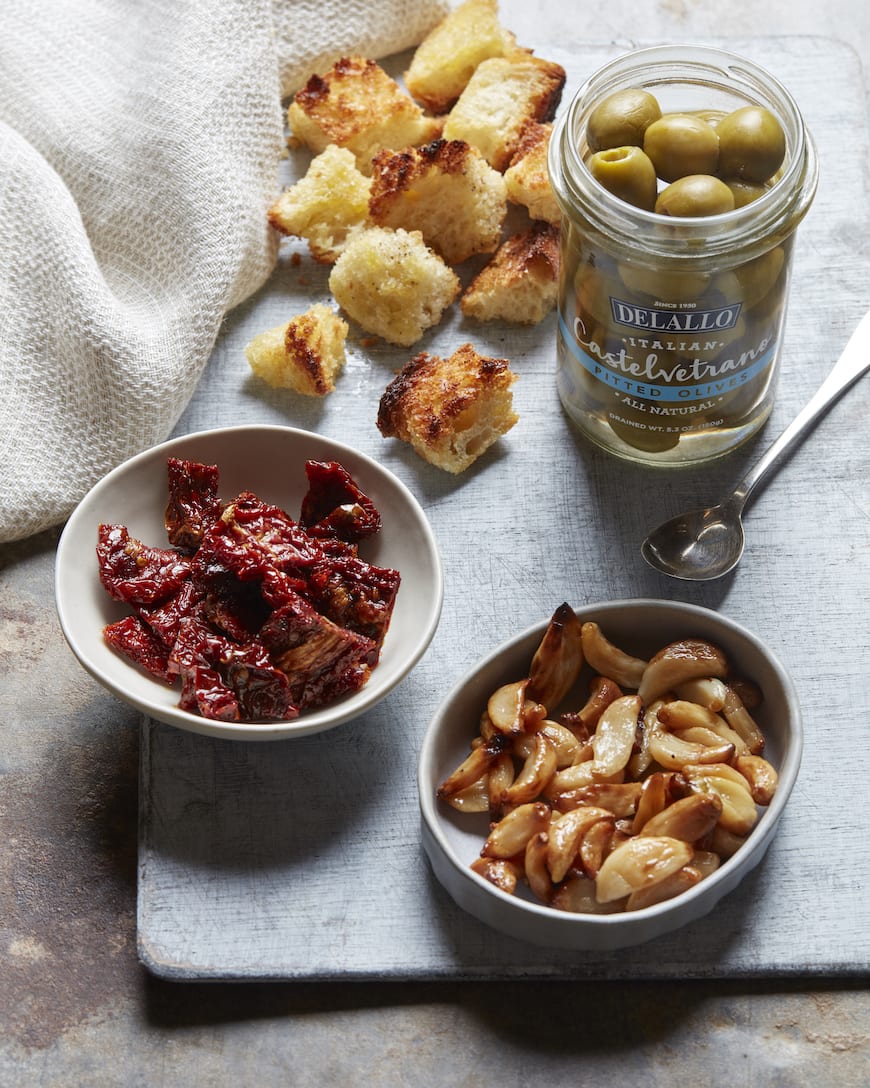 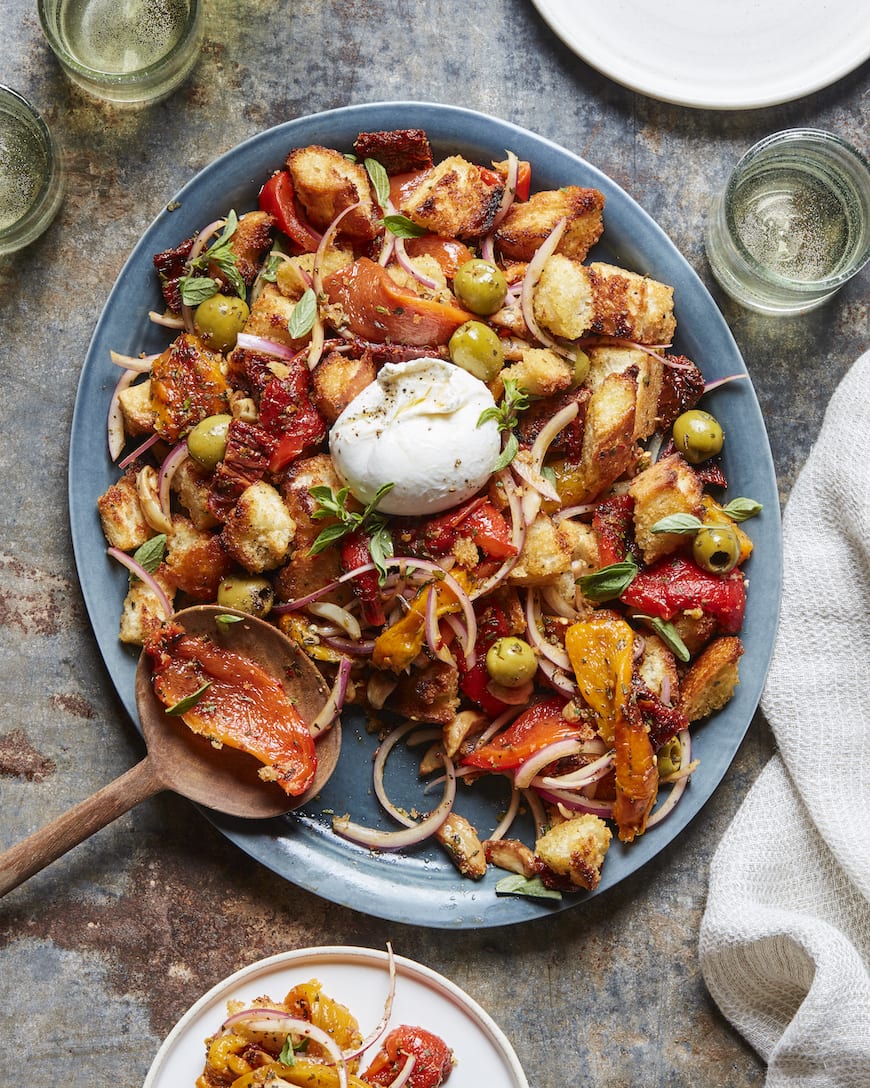 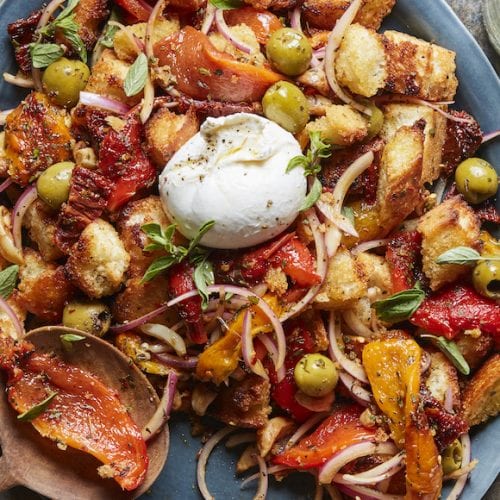 ** This post is brought to you by Delallo.  All content, ideas, and words are my own. Thanks for supporting the sponsors that allow me to create new and special content like this for What’s Gaby Cooking**