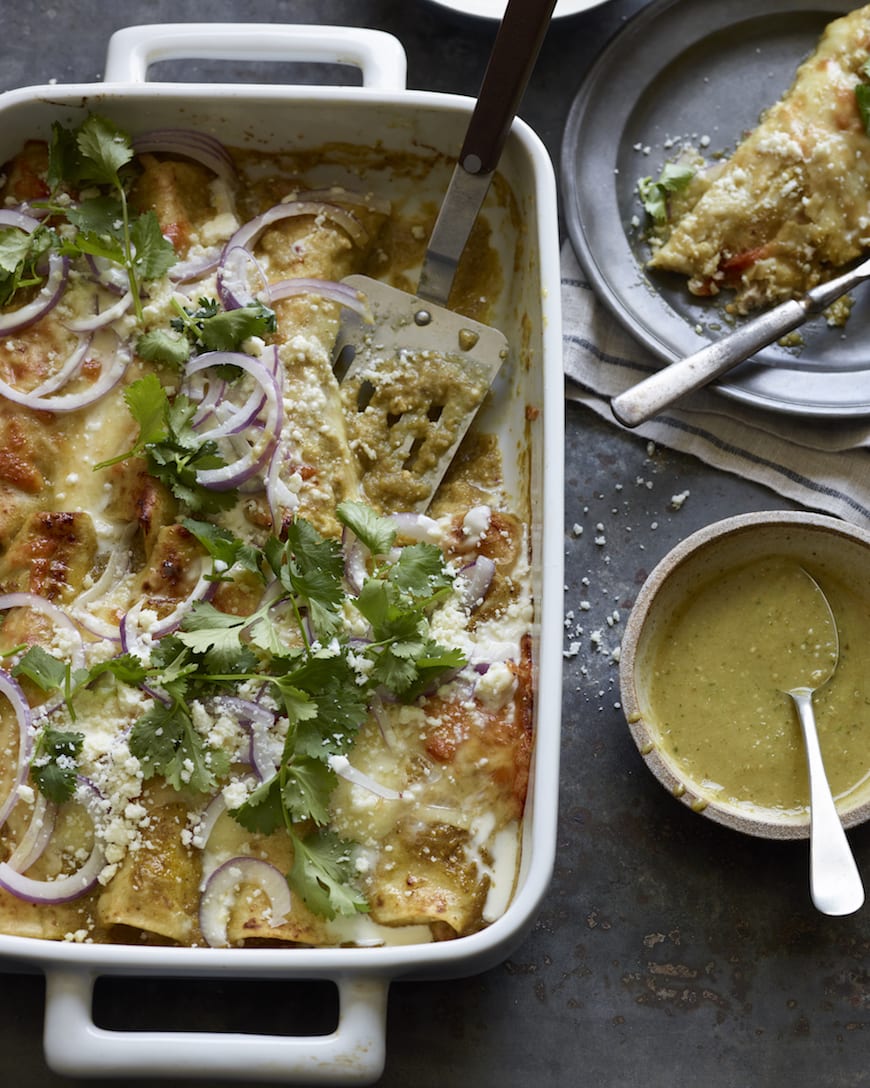 Just based on my actions the last few weeks, I think it’s safe to say my new life goal is to order enchiladas every single time I see them on a menu. I’ve just been on an enchilada kick. And it’s all been part of some recent research and development on what makes the absolute perfect enchilada – and THIS IS IT. Chicken Enchiladas Verdes are by definition perfect.

The enchilada sauce is tangy and savory and smoky and only slightly spicy. The enchiladas are loaded with rotisserie chicken plus some spices and are wrapped in a flour tortilla. Now let’s just stop for a hot second, this might be up for debate, the whole flour vs. corn tortilla situation, but I’ve tested these various ways and the flour wins every time. It rolls better. It doesn’t fall apart or crack when baking. And it’s just downright delicious. So there, now that that’s out of the way, let’s get back to the good stuff. Once the sauce is made, the enchiladas are stuffed, sprinkled with, not 1, but 2 kinds of cheese and baked, all that’s left is to top them with some slivered red onions, crema and some cilantro. In one word… perfection. Now go make these Enchiladas Verdes and come back and tell me if they in fact rocked your world! 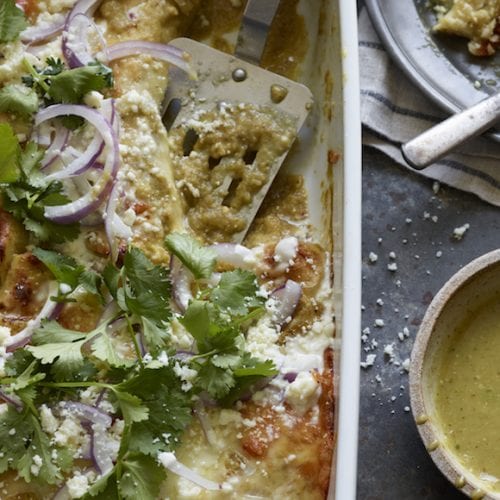