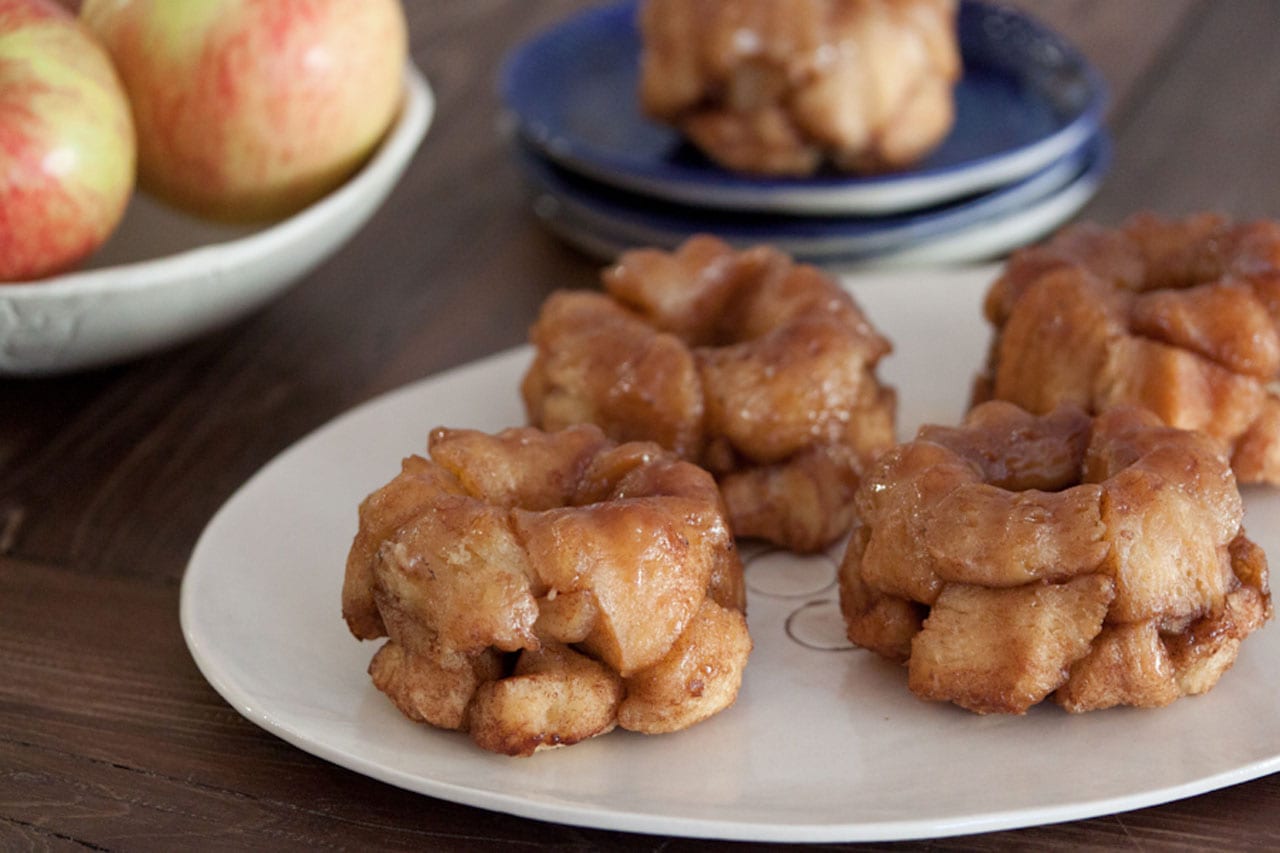 This Cinnamon Apple Monkey Bread rocks my socks. It’s almost like getting a serving of fruit too, since you know there are apples in it and all. I whipped some of these up at work the other day, and again for some friends when they came over for dinner, and it’s just kinda awesome. Not to mention crazy easy and tasty. You just need to make it. And then take one of the little mini Cinnamon Apple Monkey Bread bundts and relax on the couch. It’s the right thing to do, trust me 🙂 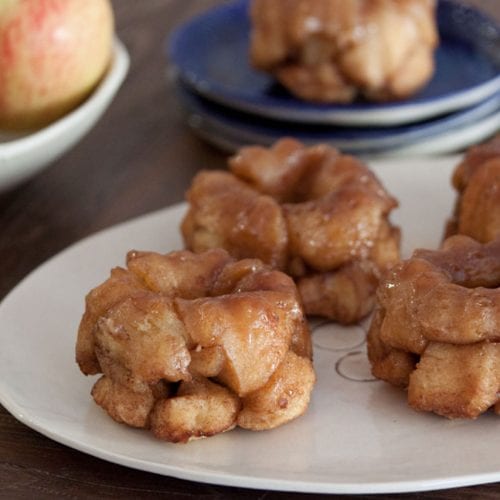