Greek Chicken and Potatoes is one of those comforting one-skillet meals that takes care of business on gloomy winter days. 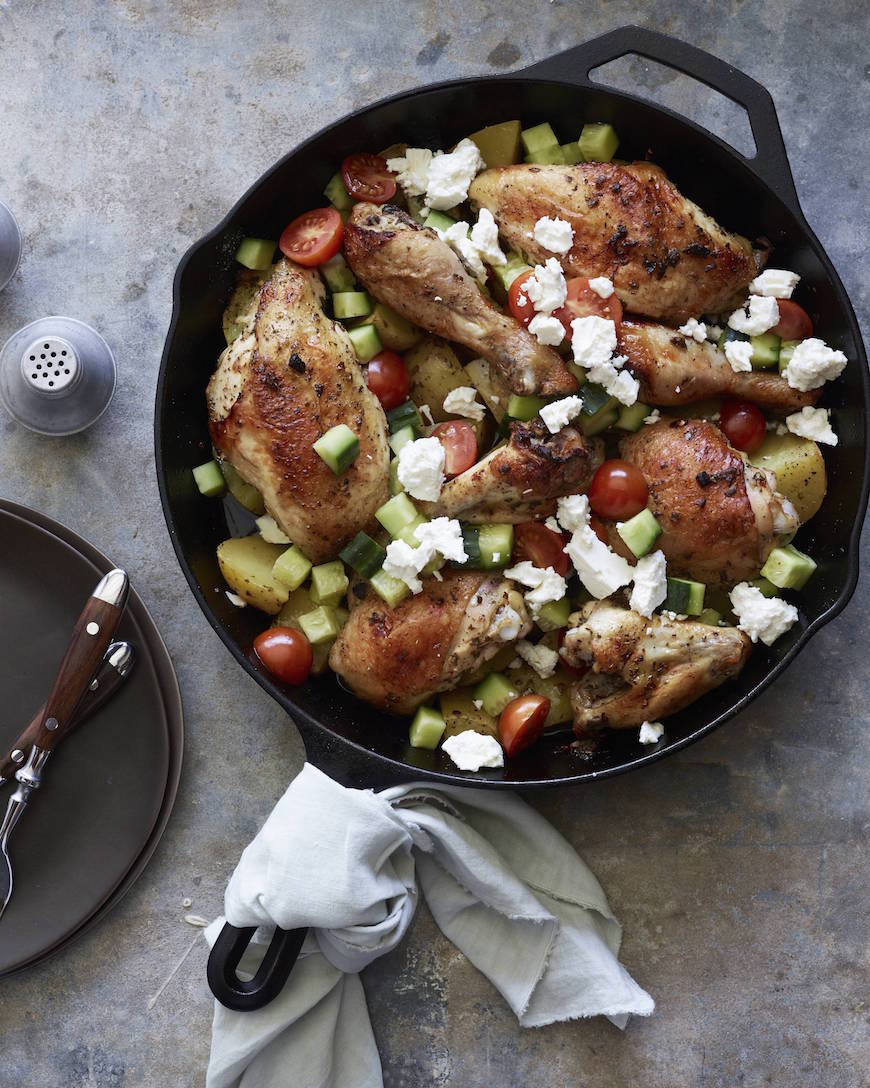 After spending the weekend in sunny Santa Barbara (and consuming more than my fair share of fish tacos) we came home yesterday to a serious torrential downpour. It was insane. So crazy that I had donned my pajamas by 2pm and didn’t move from the couch. It’s days like yesterday that call for a big ‘ol skillet of Greek Chicken and Potatoes. Everything gets piled into a big cast iron skillet, seasoned with a marinade so addicting you’ll want to drink it, and roasted until the chicken and the potatoes are golden, crispy and pure perfection!

Depending on how prepared I am, I’ll either top it with a big dollop of homemade tzatziki or sprinkle some chopped cucumbers, tomatoes and feta on top. Either topping gives it that extra layer of flavor and makes this the perfect dinner! 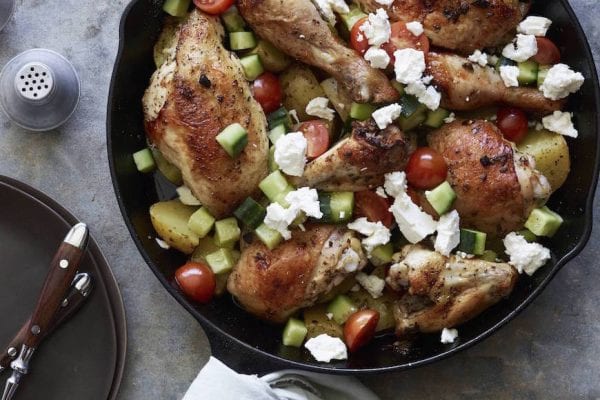