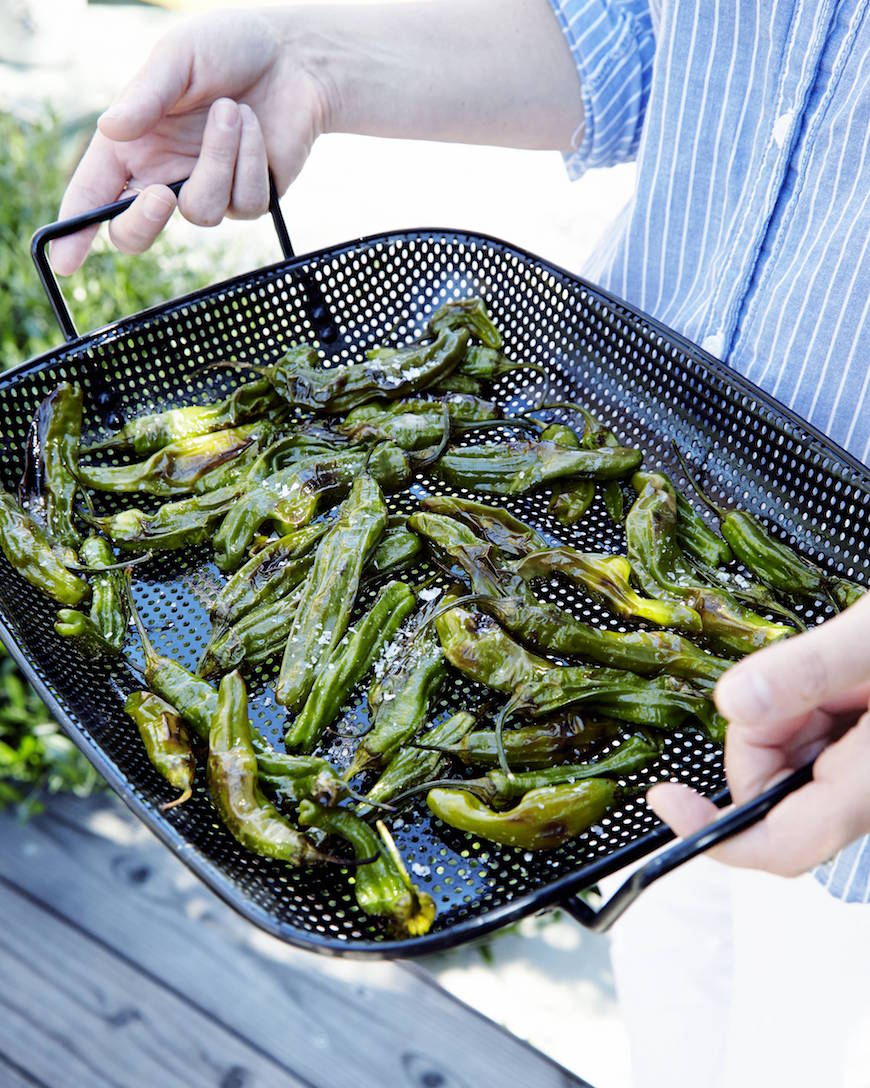 Shishito Peppers are similar to Padron Peppers but they are a bit skinnier and longer than the Padron. They are a bit smoky, some can be spicy, and when properly seasoned they are 100% addictive. I’d go so far as to put them on the same level as popcorn… once you start you just keep going and CAN’T BE STOPPED. Unless you get a really spicy one (about 1 in 10 is HOT) and then you just need a minute to cool off before you begin consuming them like a crazy person. It’s a fun game to play with adults to see who gets a the spicy one. I always secretly want it to be me because I love ’em!

Also… this is like the easiest appetizer of all times. Double or triple the recipe if you’re cooking for a crowd – they’ll disappear in a heartbeat.

FYI – the recipe below would work just as perfectly with Padron Peppers! Grill ’em over high heat. Char ’em until they are crispy. Douse them with some soy sauce. You can’t go wrong. PS – since I know you guys will ask – my killer Grill Pan can be found here! 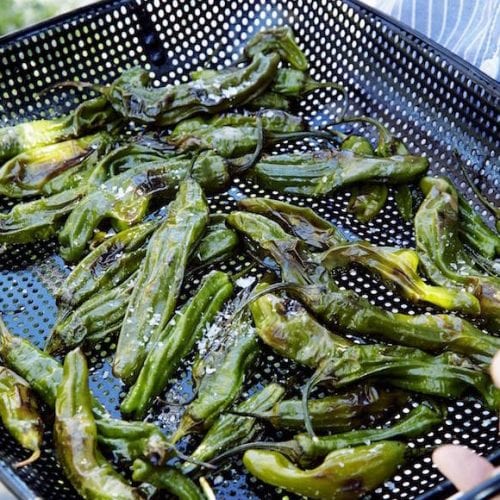