Who doesn’t love a churro!! I mean, nothing but fond memories of these beauties from my days as a kid at Disneyland! But I’ve now started making them on my own… because Homemade Churros are just the right thing to do!

While these are a great idea no matter what time of year – they were particularlly perfect as the finishing touch on my Paella Party menu! 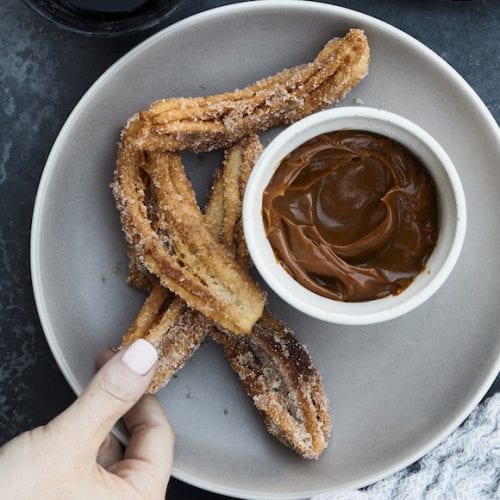 To make the churros:

To make the chocolate sauce:

To prep the Dulce de Leche