The holidays are in full swing and for me, that means getting to spend a little more time with my family which also means Honey BBQ Pulled Pork Burgers!! 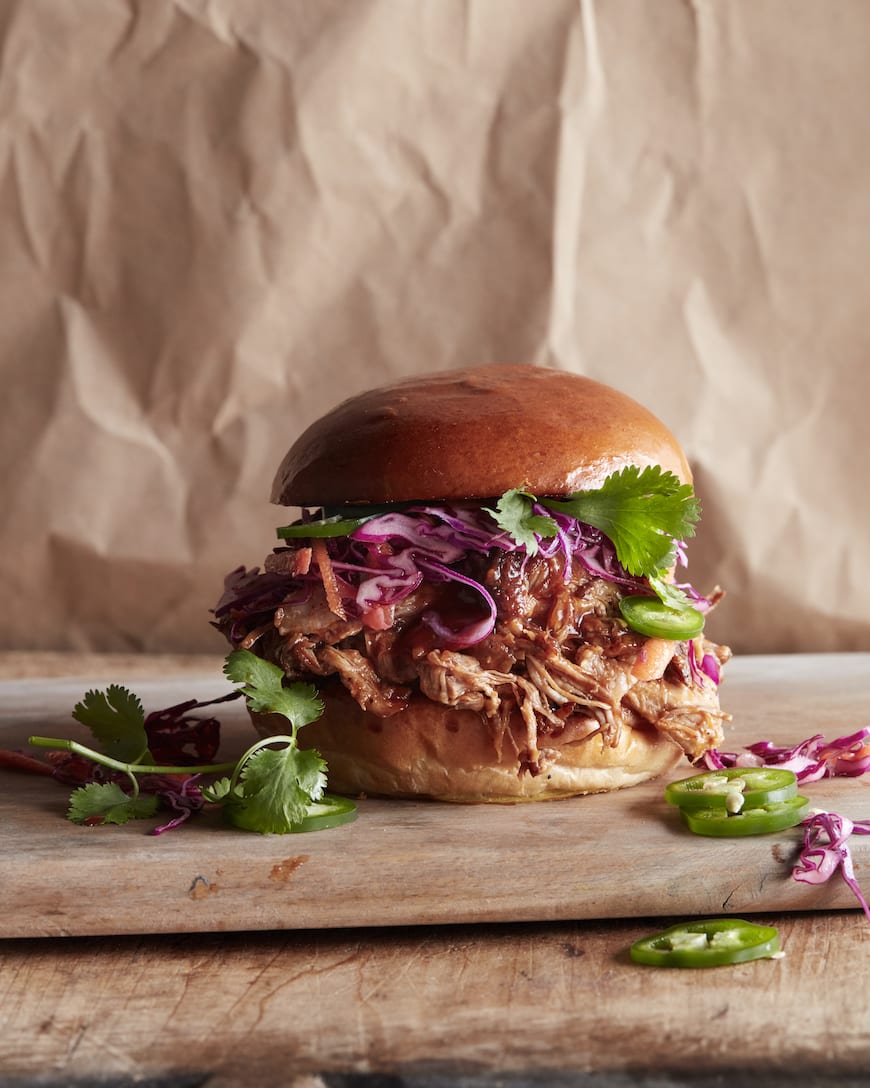 For those of you following along on snapchat, you already knew I spent Thanksgiving up in Seattle with my husband and parents. And for those of you who don’t do snapchat, well now you know!! Besides the obvious family time and Thanksgiving dinner, that trip also meant a GIANT football game during rivals week. The whole Dalkin family went to University of Michigan. That is until it was time for me to go to college and I decided it was too cold there so I broke tradition and hightailed it to California. That said, I’m still a Michigan fan by birth. And when Michigan is playing, everyone in the fam parks it on the couch for the game. While we BARELY lost the game this year, we also won because I made the most epic Honey BBQ Pulled Pork Burgers!! I mean, EPIC. They were ah-mazing and they’ll be happening for family gatherings and game day events for the foreseeable future. 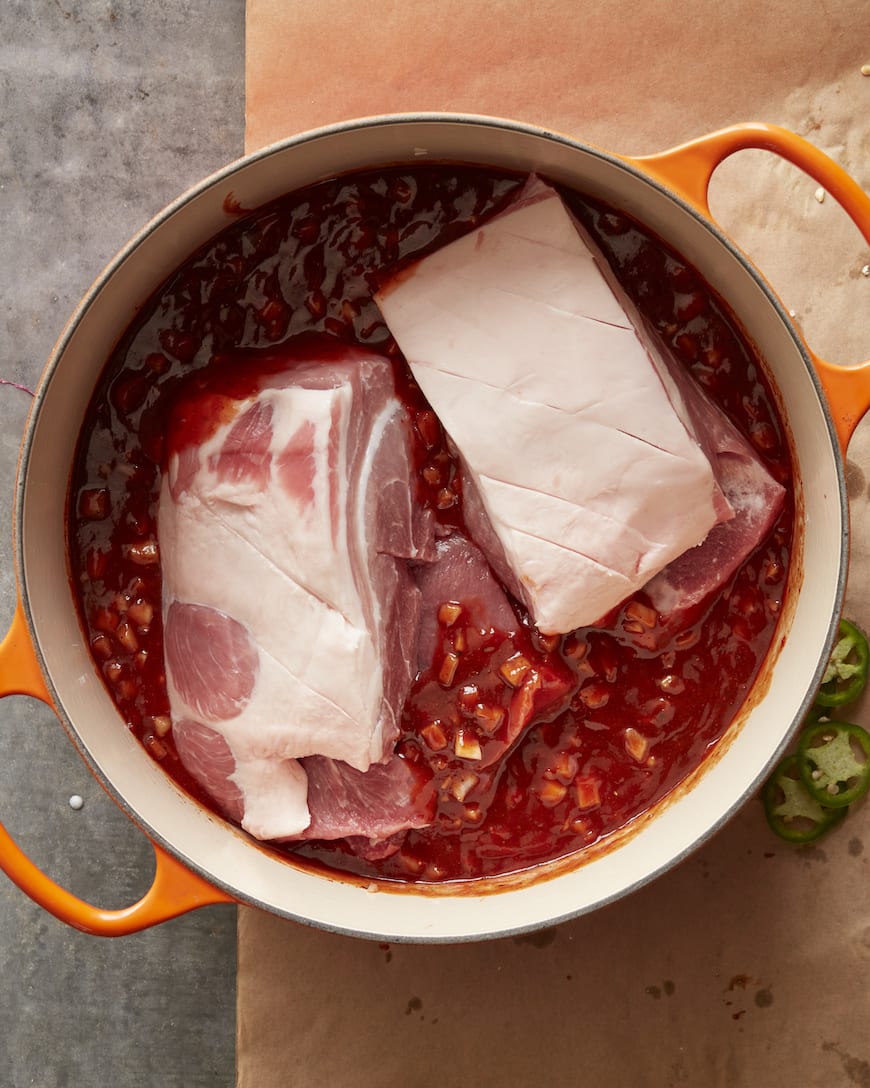 In case you forgot, I’m teaming up with the National Pork Board this season to bring you some of my favorite pork inspired recipes like this one! Remember that Ham and Cheese pasta from a few weeks back – it’s a game changer! And all of you posting pics of it on social media, when you make it at home, literally warms my heart! It’s an easy recipe that makes dinner a cinch. These Honey BBQ Pulled Pork Burgers take a bit longer but are equally as easy as my ham + cheese pasta. They take longer because we’re pulling out the slow cooker – but the prep time is basically equal to the simple ham+cheese pasta dish! Once the pork is cooked and shredded and ready to roll, it gets slathered on a brioche bun and topped with a red cabbage slaw which is the perfect complement to the pork. It’s perfect for cold winter days and I’ll be on repeat for ever and ever. 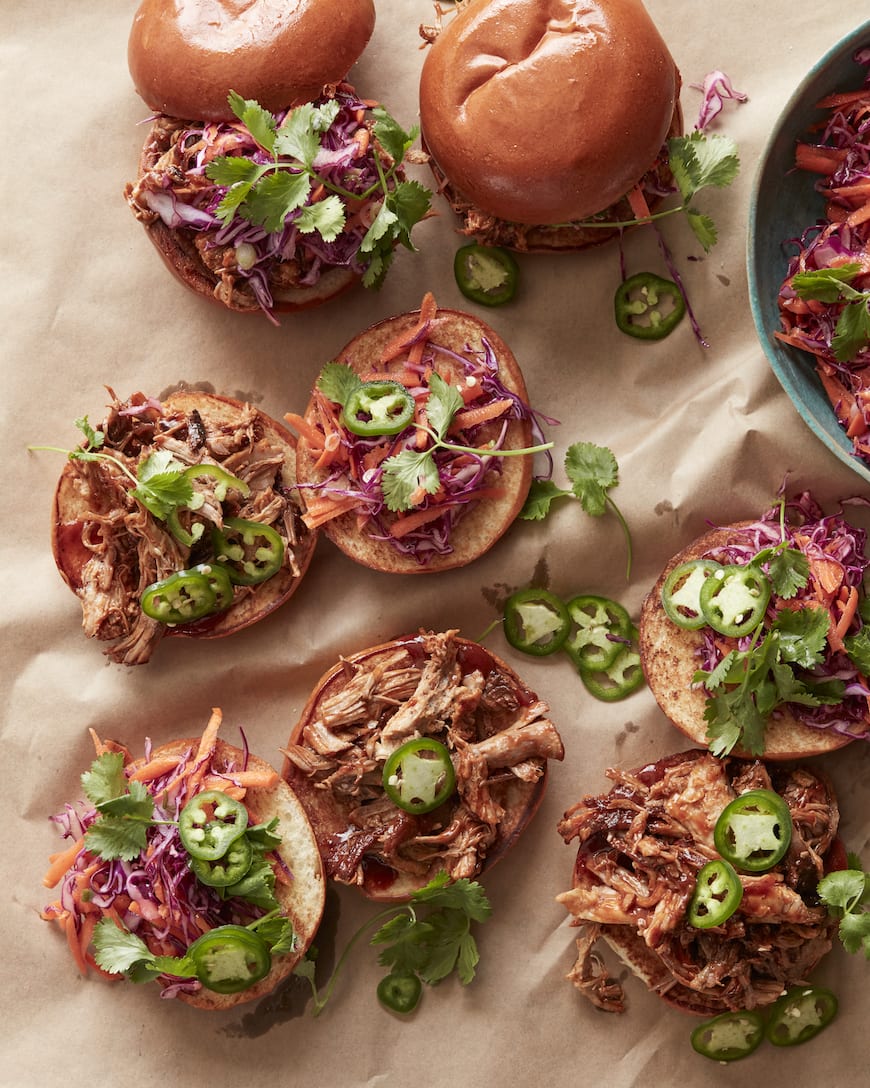 So if you’ve got pork on the brain, and need a recipe to feed a crowd… this is it!

PS!! This year the National Pork Board has a Pork Be inspired Facebook bot. Follow Pork Be inspired on Facebook and click “message” to talk to the Bot to discover new pork recipes. Plus, you can browse through even more recipes, tips and more at www.PorkBeinspired.com. You can also check out “Make It a Moment” videos, as well as fresh content from their other “Moment Makers,” (like me!) including Facebook Live recipe demos (coming on Wednesday!) 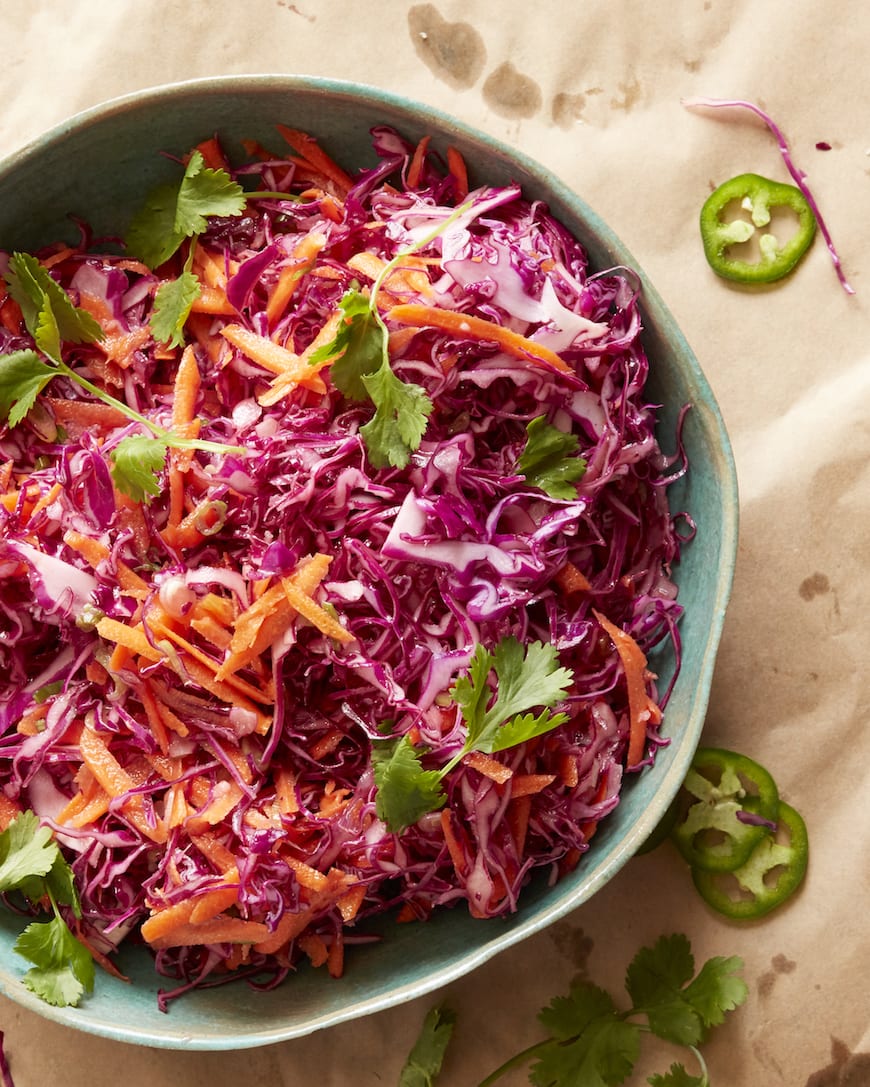 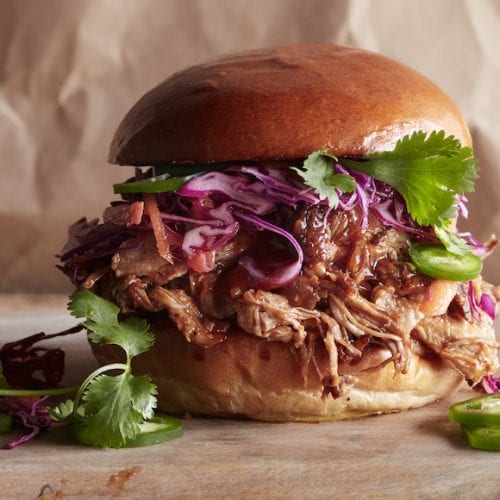 ** This post is brought to you by the National Pork Board. All content, ideas, and words are my own. Thanks for supporting the sponsors that allow me to create new and special content like this for What’s Gaby Cooking**