You heard that right… Penne with Five Cheeses. FIVE KINDS OF CHEESE GUYS. We’ve reached a new level of goals! 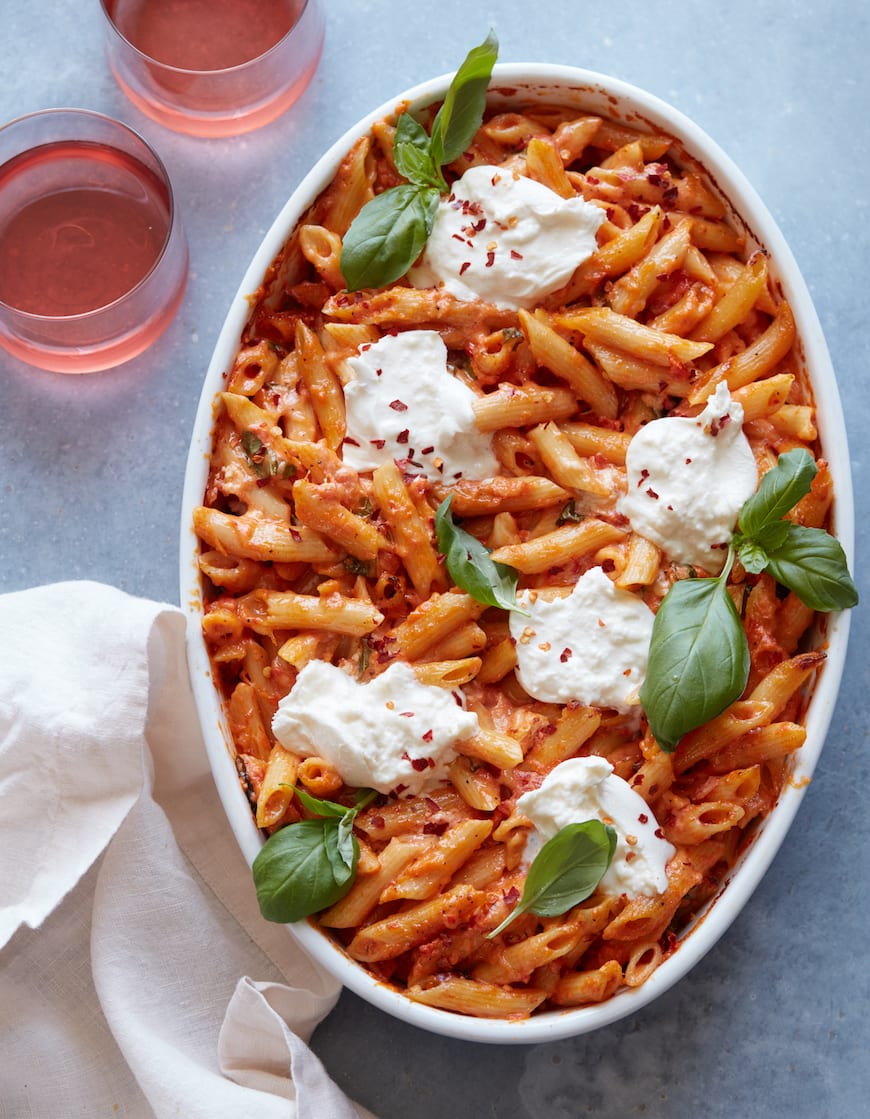 This Penne with Five Cheese situation is 1000% going to change your life. It’s loaded with mozzarella, Pecorino Romano, fontina, goat cheese, AND ricotta cheese.  There’s an optional 6th cheese because have you met me? It happens to be none other than our favorite… BURRATA!! So feel free to add it if you want 🙂 On top of all of that, there’s a creamy tomato sauce that you’ll be so into you’ll probably want to lick your bowl clean.

It’s decadent but not crazy heavy. It’s perfect for a crowd. It makes a TON of leftovers so hello leftover lunches for the week. Also the actual step by step of this recipe is really simple. Most everything is just combined in a bowl and you add some par-cooked pasta to the mixture and then bake until perfect. The pasta will continue to cook in the tomato sauce while baking and suck up ALL THAT FLAVOR.

Alright! Off you go. Penne with Five Cheeses HERE WE COME. 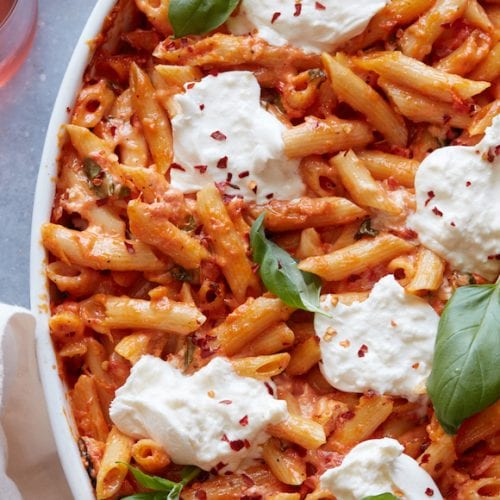