It’s Friday! I’m ready for the weekend! Margaritas are on tap for the next few days and it’s time for another easy entertaining recipe…Shrimp Fajitas!! 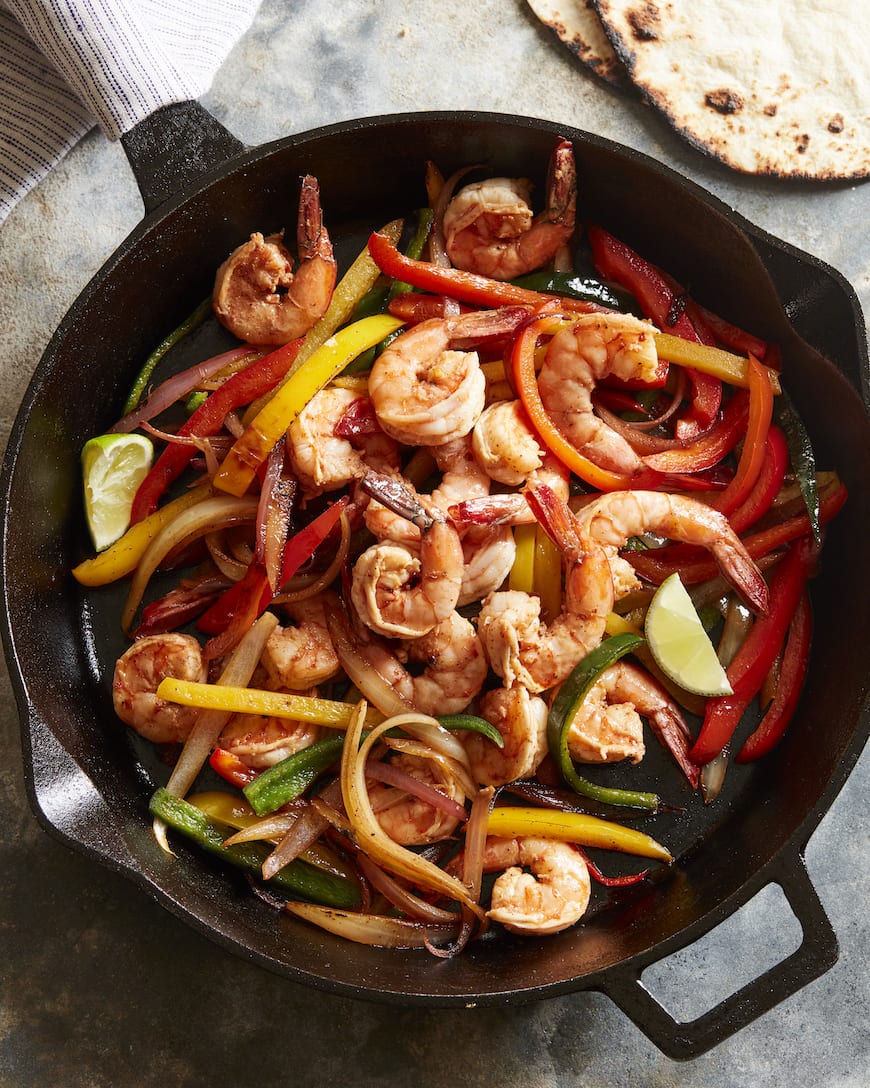 It’s 20 minute or less meal, it’s loaded with shrimp, tons of peppers including my favorite smoky poblano and then all the toppings! You can either serve it up over a salad, with rice and beans, wrapped in a tortilla… you name it. Def add some salsa of your choosing, perhaps some guacamole, and sprinkle on a little cheese if you’re feeling jazzy. The result is a perfectly seasoned meal that will 100% make the whole family happy!! 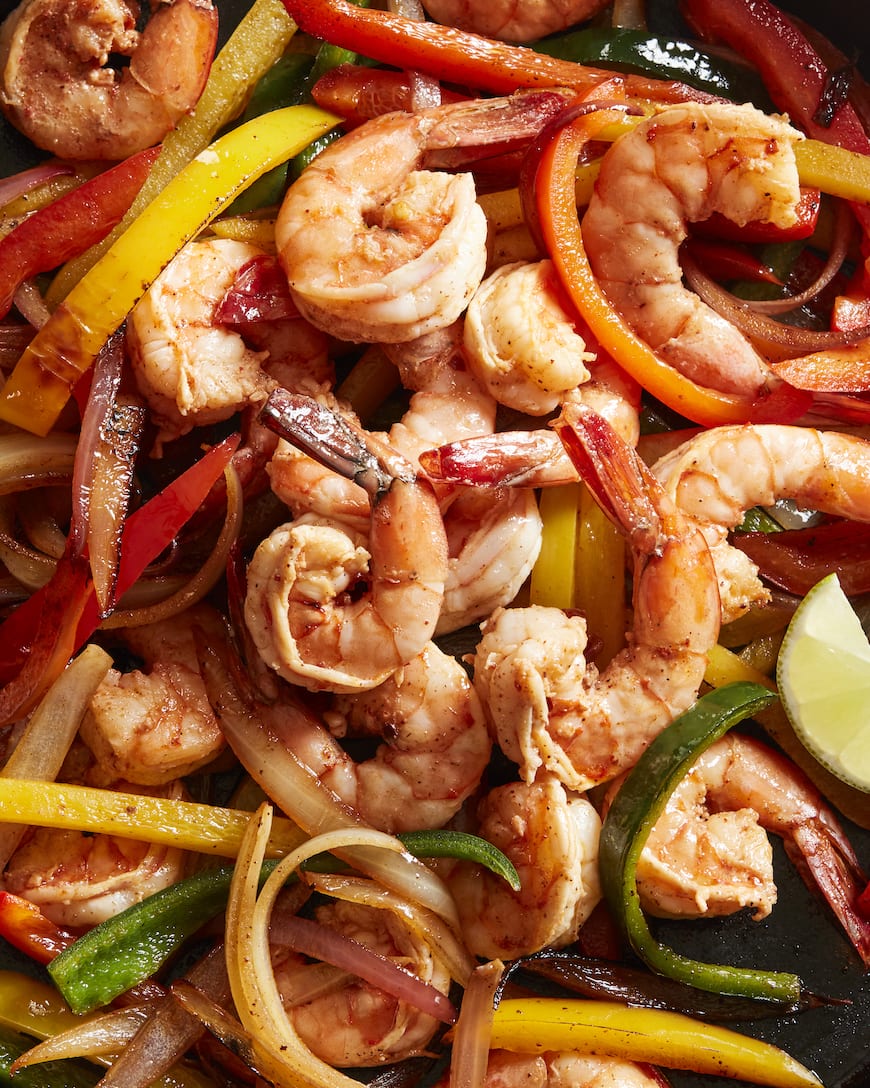 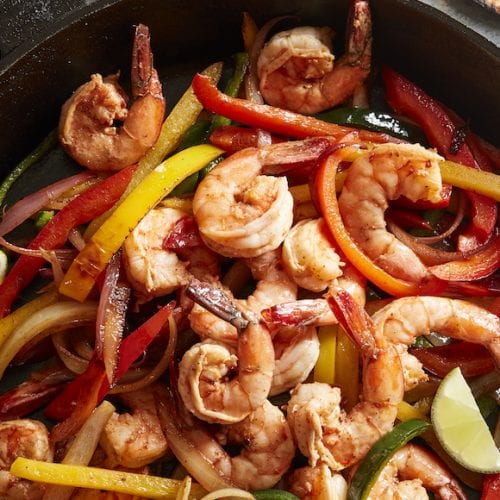