Pasta salads are the name of the game this summer – I’m calling it now! It’s the year of the pasta salad. And this Sesame Noodle Salad is beyond! 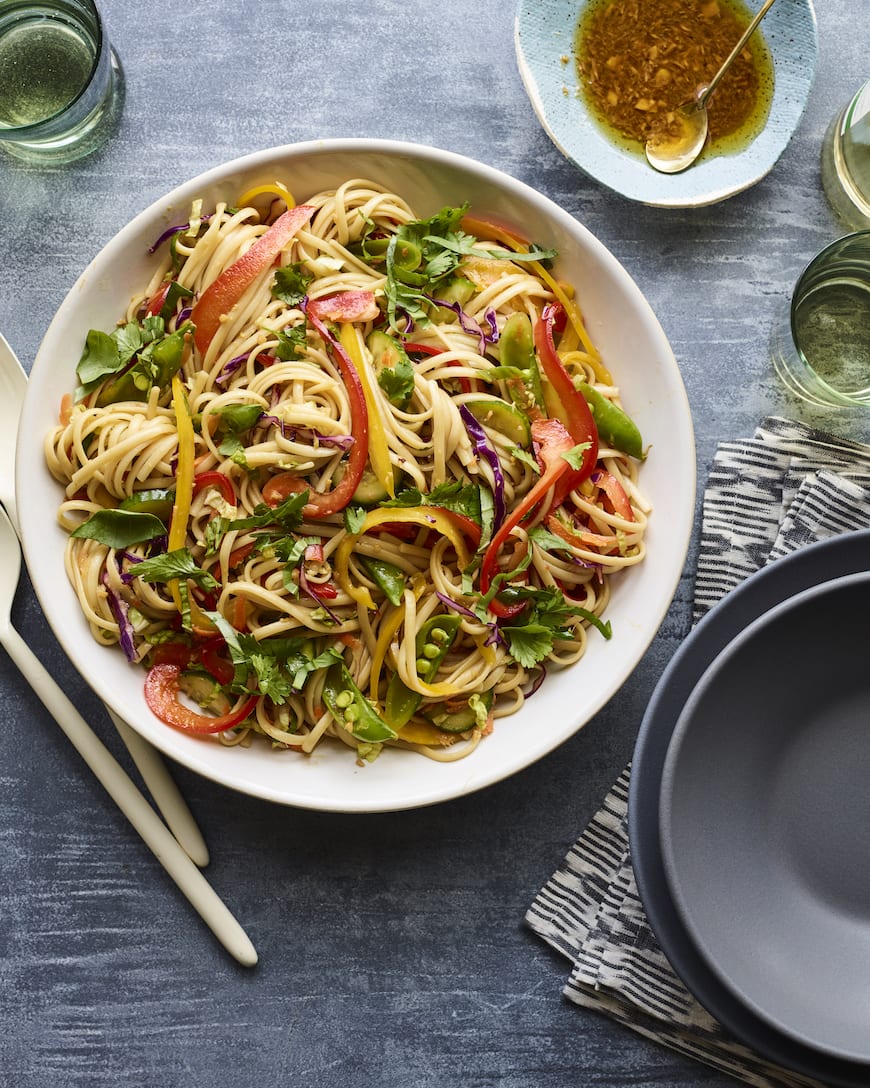 Who knows if it will really be a summer of pasta salads. But I have carbs on the brain. Remember that Asian Chicken Slaw we made a while back? Welp, I’ve turned it into a Sesame Noodle Salad to compliment my Bo Ssam Dinner party because when you’re cooking for a crowd you need plenty of side dish options! And who doesn’t love a pasta salad! 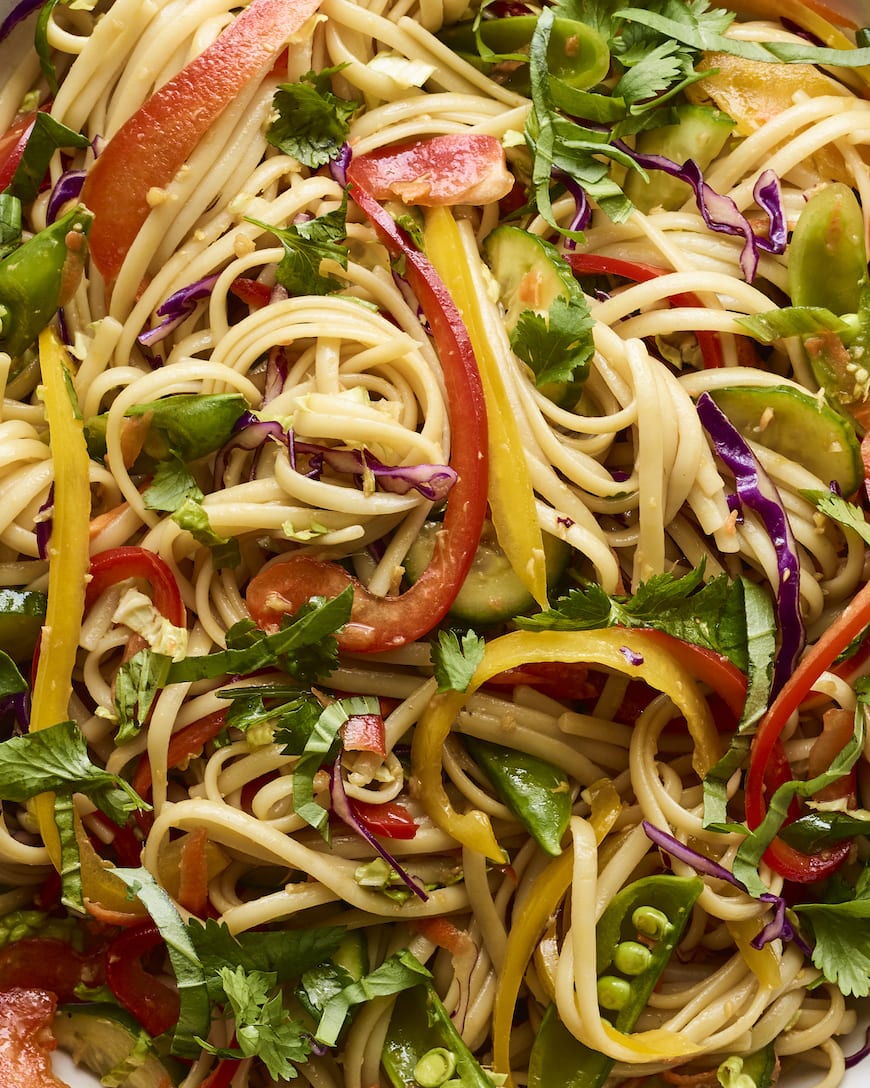 This one feeds a LOT of people – which is exactly as I intended it – because if you are lucky enough to have any leftovers that means you have lunch the following day. And you could even throw in some rotisserie chicken for some protein if that’s your thing! So whip it up a few times. And promise me one of those times will be for the Bo Ssam party.

I can guarantee you won’t be disappointed! 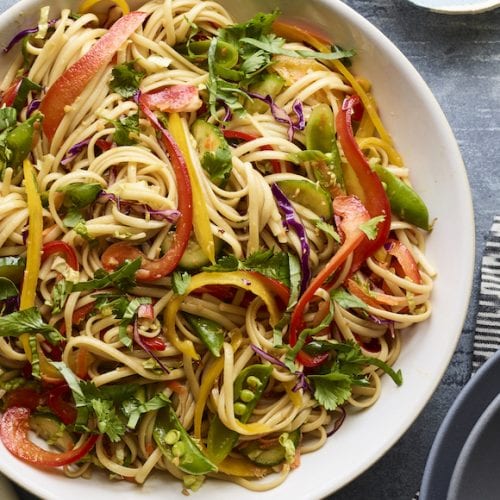