It’s my most favorite day of the year behind my birthday!!! Surprise vacation has officially started and my dad is here for his annual guest post to break it down… take it away dad! 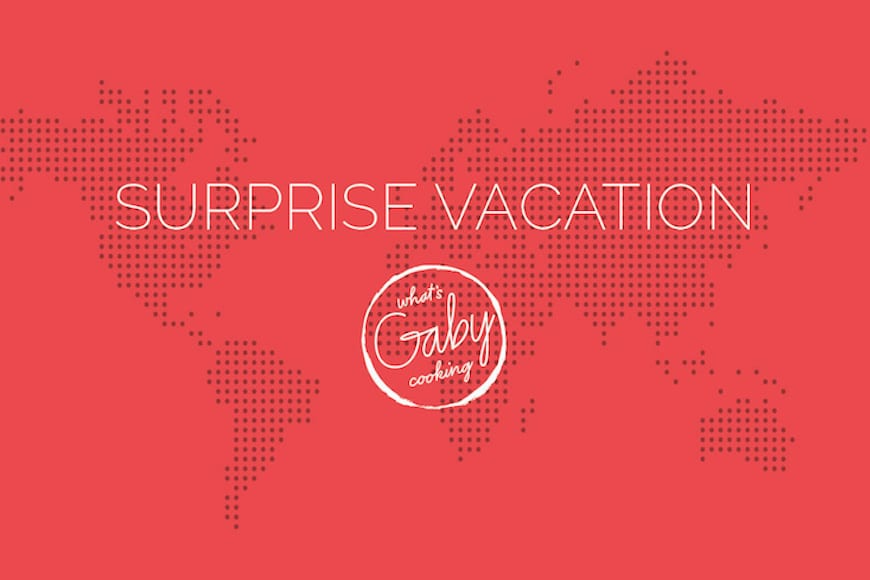 Good Morning Puzzlers!! Some great work this year, and although there were some lucky correct guesses :), here is how to put it all together!

If it’s not a plate, then of course it is a BOWL. Freud’s first name was Sigmund, and when young we called him Sigi, thus: Sigi’s Bowl – one of the run’s on Bald Mountain in Sun Valley

Clue #2 – People of median income in Napa can afford Bose headphones, or close to it.

I knew this one was too easy, should have raised the bar higher, but had to have some pity on all you puzzlers!!!! It was meant to put you in the right State – Idaho! Bose is Boise, Napa is Nampa and Median is Meridian. The “close to” was meant is spelling and location – thus the correct names and all which are fairly close to: Sun Valley!!!

Sailors could get this one. When in an emergency out on a boat (on the water of course) you make a “Mayday” call for help. Once again, not a glass but a BOWL!!!! Mayday Bowl – another named run on Bald Mountain in Sun Valley

Clue #4 – Like Fonzie in Happy days, hair gel and a comb, rushing to the Diner.

I am very proud of this awesome clue. You have to first understand we are skiing in order to get the meaning, and of course have seen Happy Days in the remote past. Henry Winkler was Fonzie – and his hair was always perfect with that hair gel and the ever present comb. We call that “well groomed”, and when in a rush you “run” – thus the solution to this one is: Well Groomed Run – just what most of the family likes to ski on!!!!

Perfection when it comes to clues – so proud I am 🙂

This one all is based on the “sp” at the end. So Check – the neighbors refers to actually Czech – whose neighbors are Poland. Their “names” frequently end in “ski”, so if you flip around Poland and Ski you get: Ski Poles – MAGNIFICENT!!!!!

Nice work by several of you on this one. I though this ad from the past would stump you all more, but alas I was wrong. The Jane Russell bra was to Lift and Separate. Sitting peacefully requires a chair, thus: Chair Lift – piece of cake!!

The craze dance for a line of women in France during the 1800’s was the Can Can. Thus: Can Can – another name of a run in Ski Valley

Clue #8 – Fancy morning song of the sixties, but a bit different.

Another A+ effort on my part for this one, and again nobody disappointed me by getting this one right!! In the 1960’s one of the most famous songs was by Andy Williams, and was the title song for the movie Breakfast at Tiffanys (thus a “fancy morning”). The name of the song: Moon River – and a bit different than Moon River is: SUN VALLEY

Thank you all for your great ideas, guesses, frustrations and comments – I loved it!! Now we’re gearing up for skiing, and of course next years clues!!! Happy New Year to all of you, it’s off to the Slopes!!!!!!!!