It’s my most favorite time of the year!! SURPRISE VACATION is just 2 months away and it’s time to put on your detective hats! 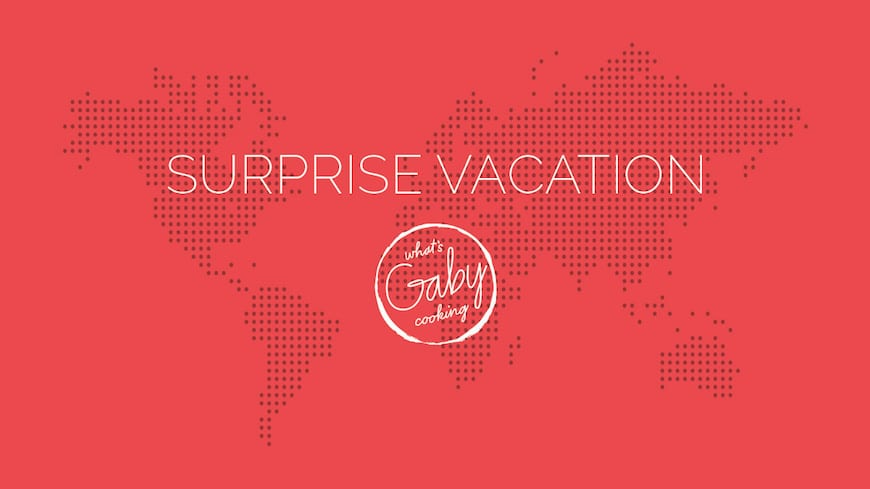 For those of you who are new here – let’s start at the beginning. Surprise vacation has been a longstanding Dalkin family tradition since we were kids. It started when I was 9, my sister was 6, and my parents would throw us birthday parties. Now that I’ve thrown a party or two, I know how much work they can be, PLUS add in some screaming and crying children, ummmmm NO. So my parents decided to do away with the birthday parties and instead they’d plan a surprise vacation for us each year.

So what’s a surprise vacation you ask? IT’S A SURPRISE. And it’s basically the highlight of my life. I even like it more than my birthday/birth month which is really saying a lot. I’m obsessed. They plan a vacation for us and we get somewhere in the realm of 8-10 clues each year and we have to figure out where we are going. Some years we’ve figured it out, others we’re totally surprised. One thing is always certain…. I’m always wrong. My sister sometimes figures it out, my husband has been known to do the same… but I’m always, without fail, 100% wrong. I think it’s because I’ve always had this burning desire to go on safari in Africa and no matter what clues my parents send over I somehow make them fit into an African safari. BUT… that’s no longer the case seeing as how we just got back from an epic adventure through Africa earlier this year. So what I’m saying is that MAYBE THIS YEAR I HAVE A CHANCE!!

ANYWAYS… since we were kids, we’ve been getting everyone involved. My tennis coach, friends of friends, parents, professors, you guys!! I mean, it’s basically a puzzle for anyone I know. So I’ll be sharing the clues here as they roll in (roughly one a week) and I’ll just continue to update this post so you don’t have to search high and low for the latest clues. Ready… Clue’s are officially rolling in:

Clue #2 – People of median income in Napa can afford Bose headphones, or close to it.

Clue #4 – Like Fonzie in Happy days, hair gel and a comb, rushing to the Diner.

Clue #8 – Fancy morning song of the sixties, but a bit different.

LET’S SOLVE IT THIS YEAR!! Any guesses… comment below!

A bit of inside scoop:

We’re leaving the day after Christmas and we’re gone for about 7 days. That includes travel time. And like I said earlier, we just did an epic 2 week adventure through Africa so my instinct is that we’re not criss-crossing the globe again this year.

Here are our surprise trips from the past so we can cross those off the list as we think of ways to decipher the clues.