There are 2 very important things we need to talk about today. The first is this Taco Pizza. But before we get into that, I have a serious confession… 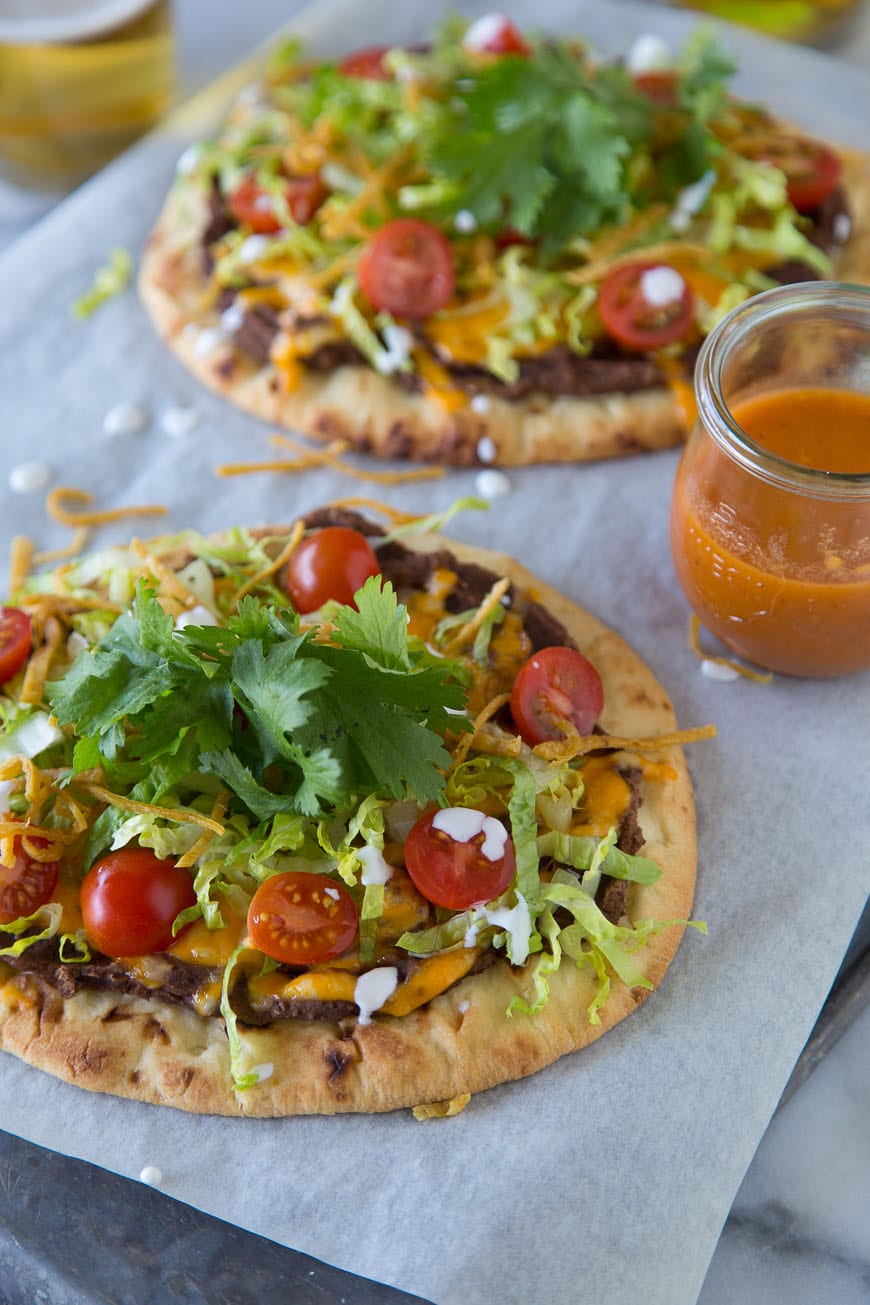 We caved. We got HBO and started watching True Detective. We’re 2 episodes in and I’m hooked. (go figure. I know you’re all shocked as this is coming from the girl who polished off 3 seasons of game of thrones on iTunes on my last 2 trips) Here’s the real kicker… since Thomas actually wanted to watch the show with me… and because he obviously doesn’t trust me, he put a parental control on the TV so I can’t binge watch it while he’s out of town this weekend. WHAT. RUDE. I’m not even sure how to continue living. He just took things to a whole new level and I’m very confused on whether to be offended or laugh because he knows me too well.

Whatever, life goes on. And what he doesn’t know (I can watch it on my iPad without him finding out) won’t hurt him.

Whew. So glad I got that off my chest! Thanks for being there for me guys! Okay, let’s move on to this Taco Pizza.

Made on top of a store-bought piece of naan, these pizzas are going to rock your world. Make them immediately.

For the Tortilla Strips