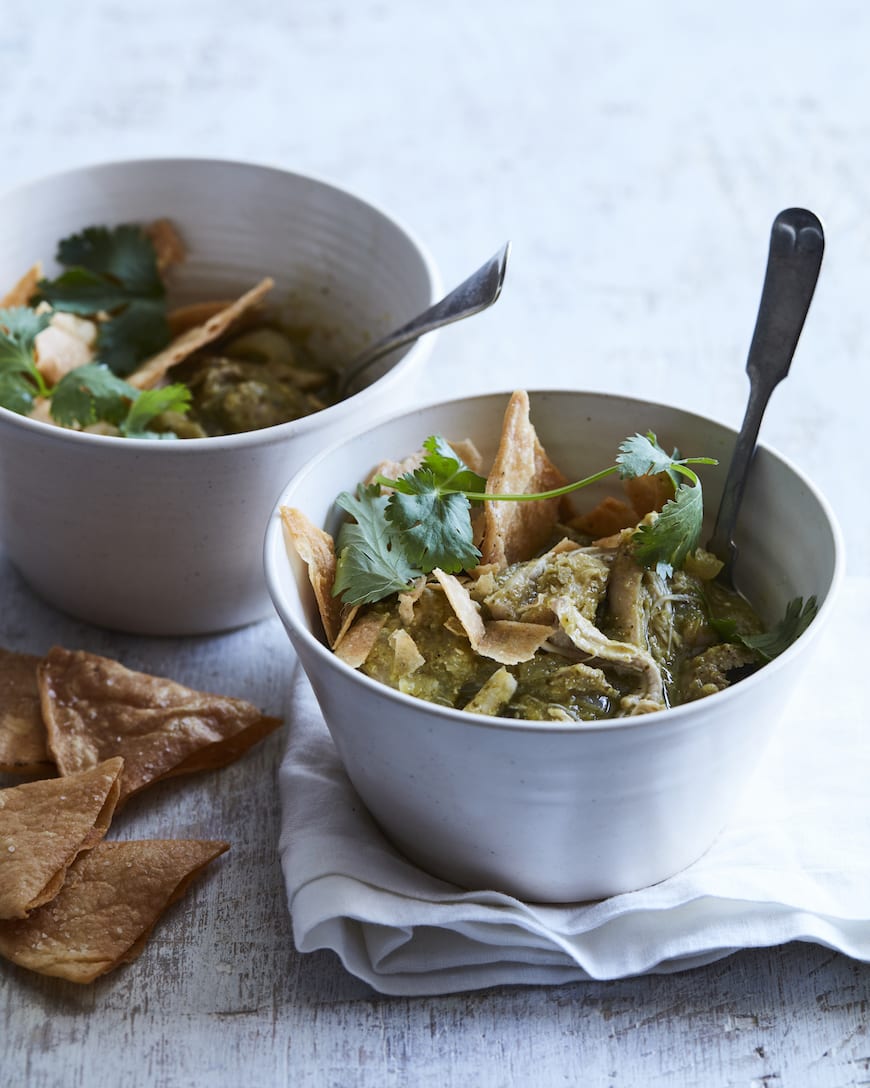 Chicken Chili Verde was a HIT when we were kids growing up in Tucson. I’d go over to my best friends house anytime this was on the menu. Literally it’s one of the easiest things to make and I can’t get enough. It’s especially perfect because it’s feels freezing in LA right now and I know that means it’s even colder in the rest of the country. It’s 100% healthy if you leave out the chips and just serve it on it’s own as a soup/chili/stew. Trust me, you’re going to want this one on regular rotation for the next few months. It’s that good.

The cooking method is similar to how we make my Mexican shredded chicken. And it also has the most delicious peppery base with poblanos and other assorted peppers that are easy to come by at the grocery store! Ugh, literally can’t get enough!

A word about the peppers in this recipe:

Poblano peppers are commonly mislabeled at the grocery store – sometimes they are called Pasilla peppers. They are dark green and shiny. And while they have a little bit of smokiness to them, they are not spicy once cooked!

Anaheim peppers are light green and not spicy at all! If you can’t find them in the produce section, I’ve seen them a time or two in the canned food aisle and you could easily substitute the canned peppers in this recipe. No need to roast them if you’re using canned.

Jalapeño pepper – I think we all know what these are. If you want to majorly cut down on spice, just use half. But this recipe isn’t super spicy as is!! But just a heads up if you’re making it for say, a 3 year old, maybe omit the jalapeño. 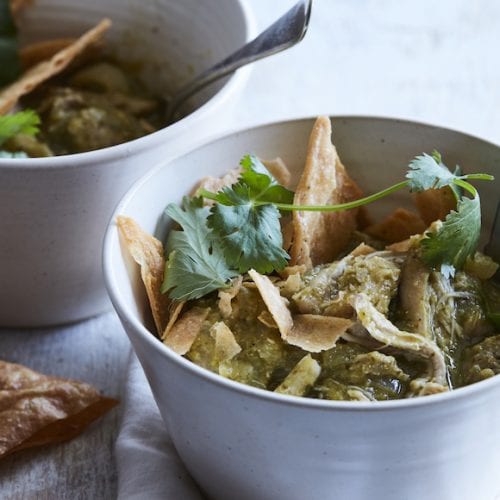