Raise your hand if you have a weakness for all things Ben and Jerry related! I sure do. And one of my biggest weakness is Chunky Monkey. 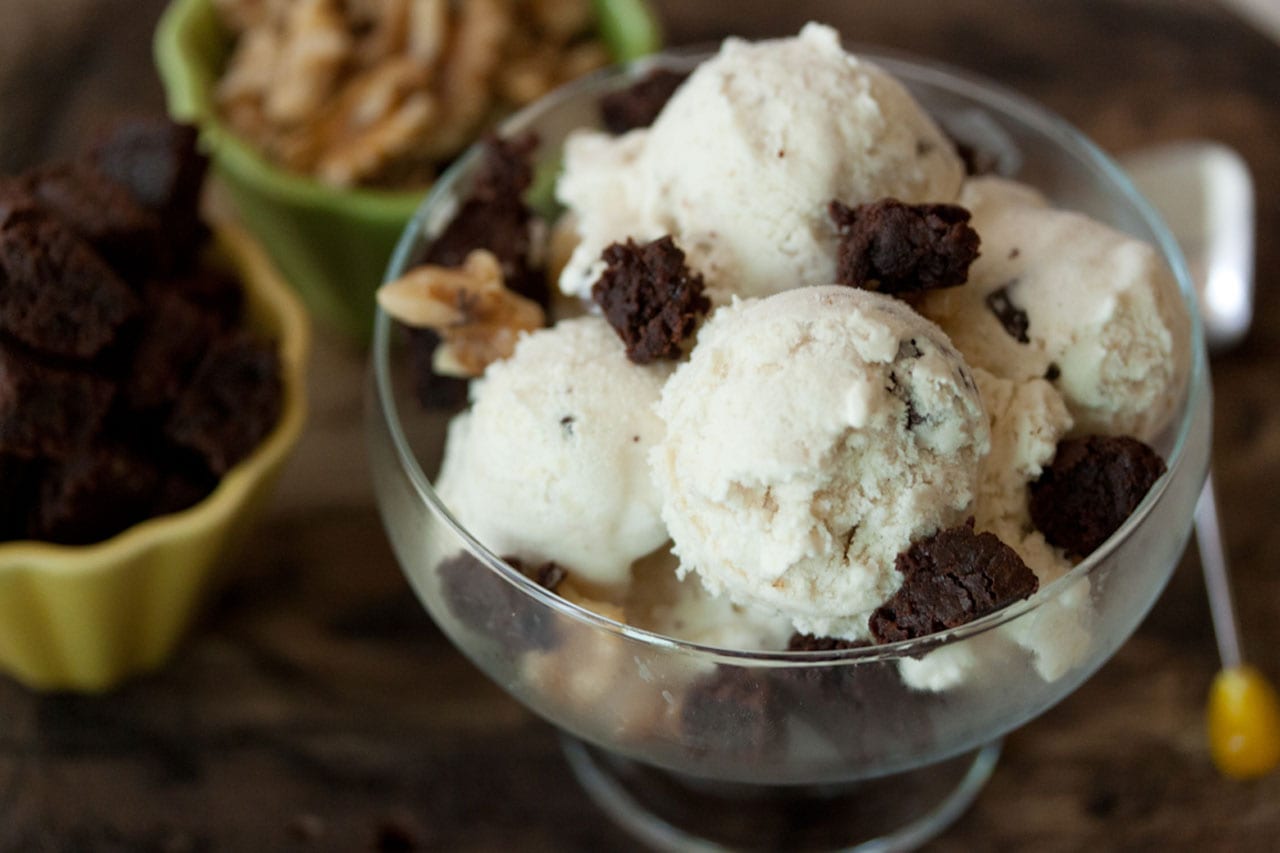 There is seriously nothing better than curling up on the couch after a long day, watching the Real Housewives of New Jersey, Beverly Hills, New York or whatever else is on Bravo TV, and eating some decadent ice cream. Am I right? 🙂

Well I thought it was high time I made my own version of chunky monkey and I seriously couldn’t even believe how easy it was. I decided that not only was I going to add the typical banana with chocolate chunks and walnuts, but it only made sense to crumble up some brownies into this bowl of amazingness. And you know who has the best brownie recipe out there – Elise from Simply Recipes. The brownies on her site are like the brownies to end all brownies. So go ahead and whip up a batch of those, let ’em cool, and the crumble them up and set aside. You might want to make a double batch if you’re like me. Because well, I ate half of the first batch before I even had a chance to throw them into my ice cream maker. I have issues. They are totally under control through. And my brownie addiction is just fine with me.

Ok so back to the Chunky Monkey. I didn’t realize that it was so easy. It’s 4 ingredients: super ripe bananas, sugar, heavy cream and lemon juice. Throw it all into a food processor, whirl that stuff around, throw it into your ice cream maker and call it a day. Seriously, couldn’t be easier huh?

So next time you have a craving for the Chunky Monkey – make it at home! You won’t be disappointed. 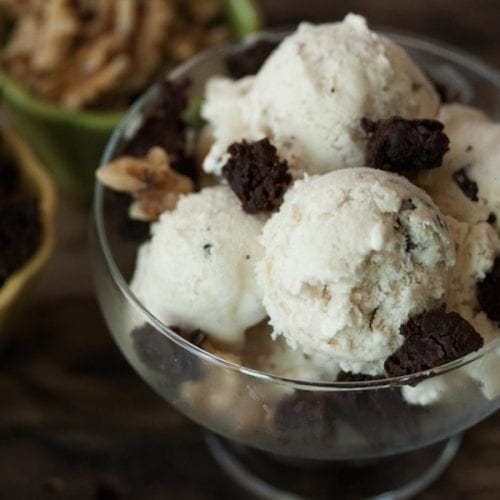