Have you ever made homemade naan? It’s quite possibly the easiest of all homemade breads plus it’s soft and buttery and you can use it for so many dinner ideas! 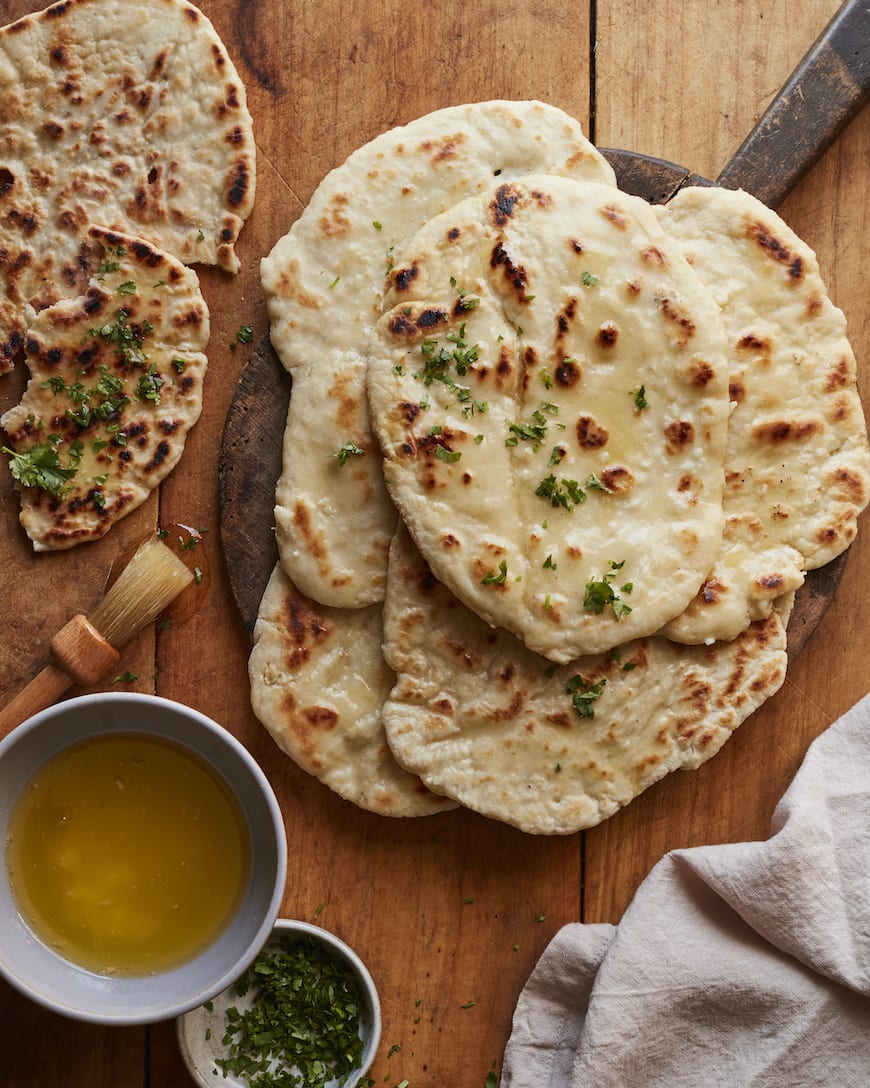 Making homemade bread is dangerous. Very dangerous. In fact the following recipe should come with a warning label. Do not make this while you are home alone because you are almost guaranteed to eat 6 large pieces of Homemade Naan all by yourself. Be advised. It’s bound it happen. I speak from experience 🙂

If you’re an avid WGC reader, you’re aware that I don’t make homemade bread frequently. It usually takes a while and who has time for that on a regular basis? Not me! Plus if you find a great bakery in your neighborhood you can literally show up as they take the bread out of the oven and snag a few loaves to take home. 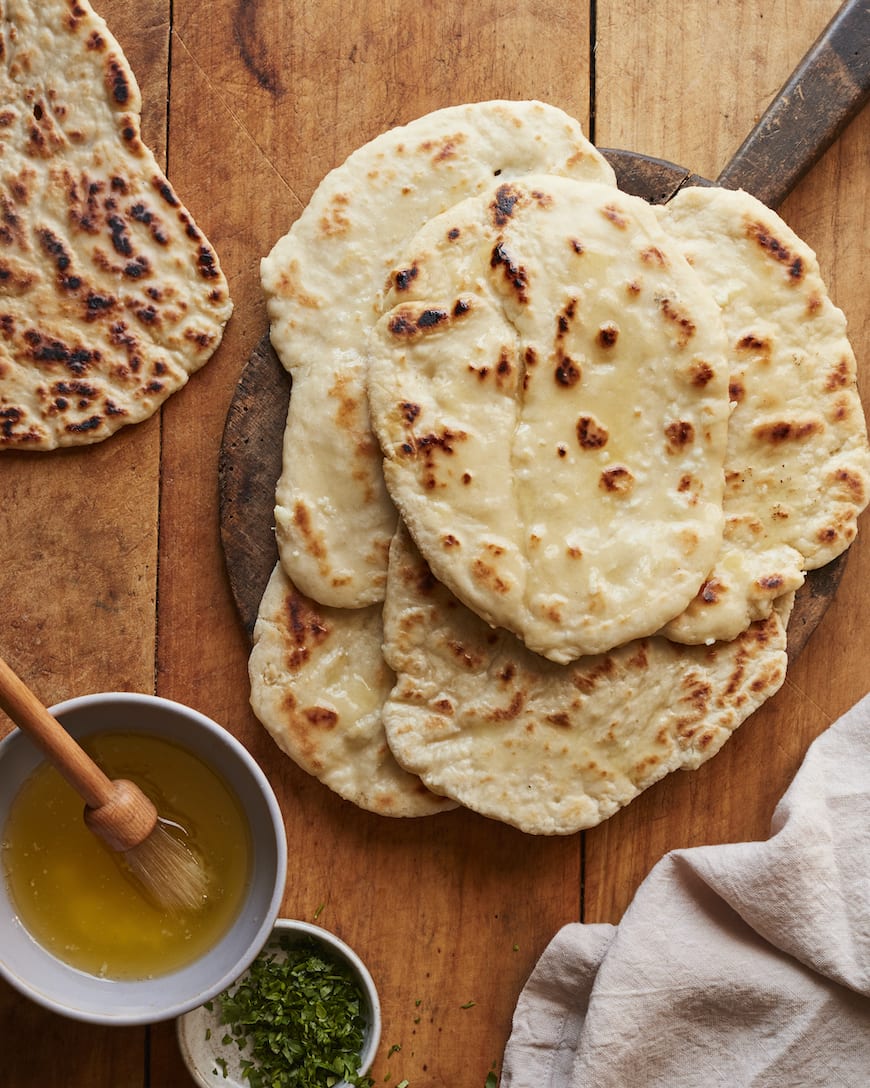 But homemade naan is a different story. You can’t get piping hot fresh naan from the market (or at least I haven’t found it yet) and fresh hot naan is a magical thing. Especially when slathered with homemade hummus or tzatziki. Even alone, it’s just brushed with melted garlic butter and sprinkled with salt and it’s perfection. Literally salivating as I write this. Trust me – you won’t want to miss this recipe! Make it for your next appetizer or snack! Or use it as a wrap and stuff it with some tzatziki drenched chicken, lettuce and tomatoes! You’re welcome. 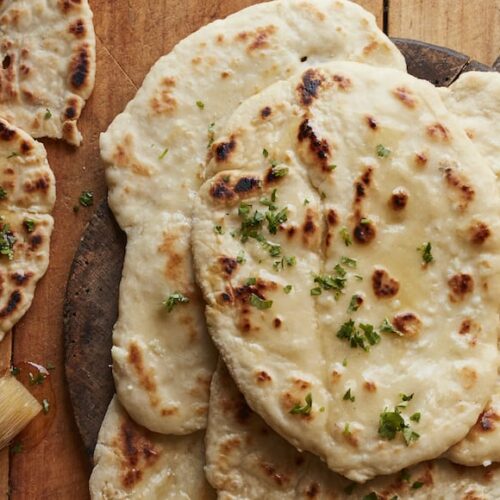