What to do when you decide to have 10 people over last minute and need super easy appetizers that are going to work for everyone? A Hummus Bar. Duh! 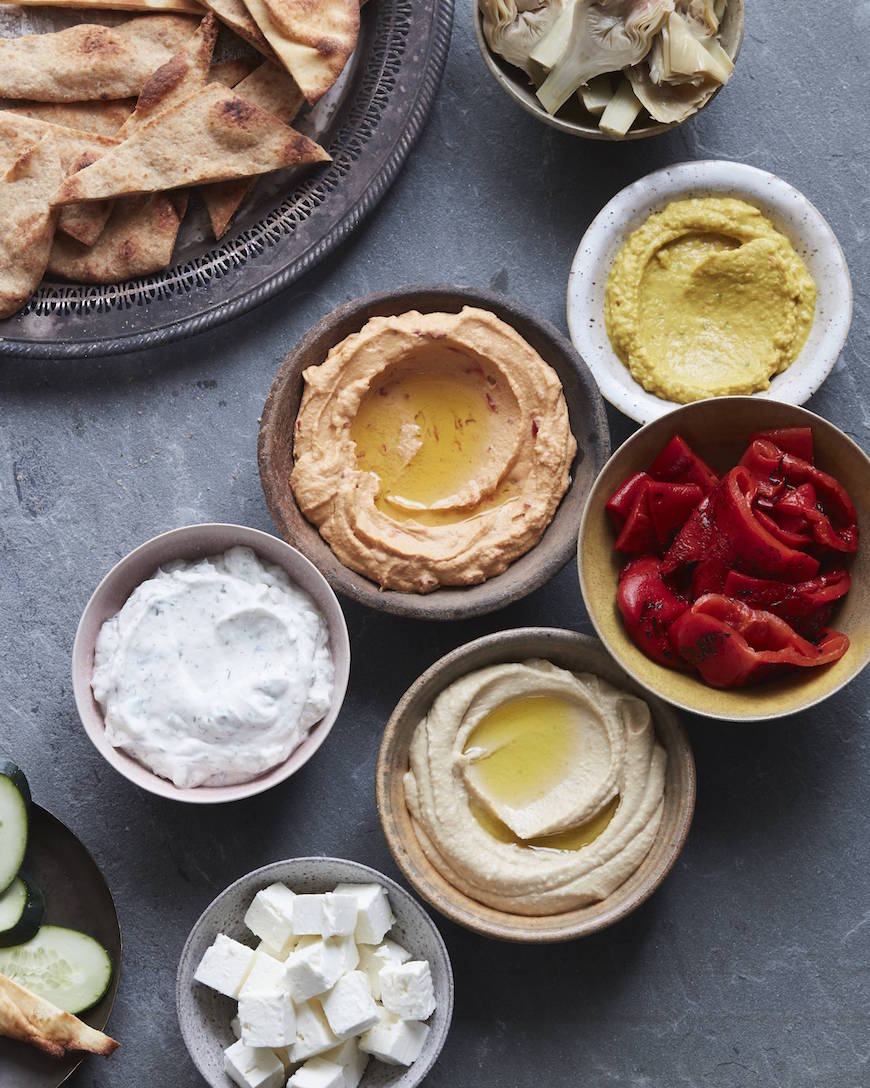 2-3 kinds of hummus, a big batch of tzatziki, some cubed feta, sliced cucumbers, roasted red peppers and artichokes all get scattered about on a large board and you’re almost done. Whip up some Stonefire naan wedges (recipe below) to complete the board and that’s it! 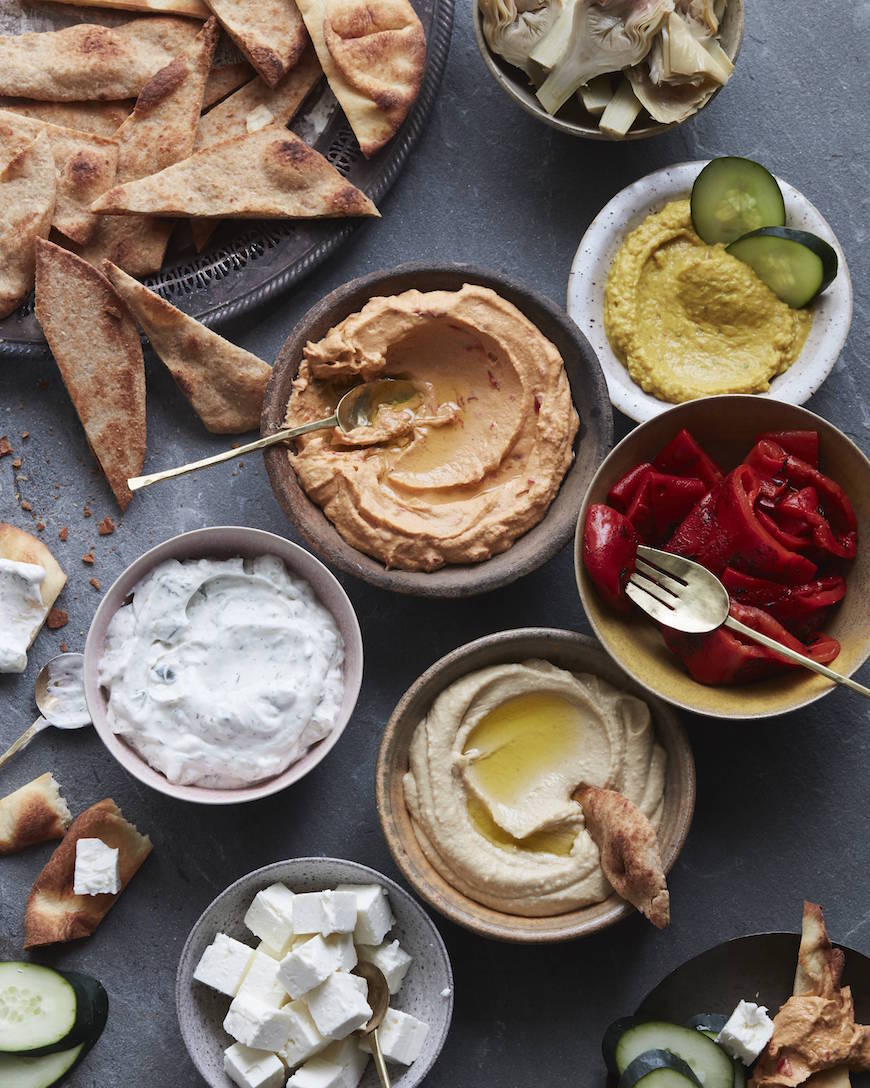 It’s basically a naan chip that you can use to scoop up a bit of hummus, a dollop of tzatziki, and some feta, some cucumbers and construct the perfect bite. The naan chips are seasoned with a super simple paprika salt mixture and some olive oil. If you’re anti turning the oven on, you could do the naan chips on the grill too! Just place them over indirect heat and grill for a few minutes on each side until crispy and medium dark grill marks appear! 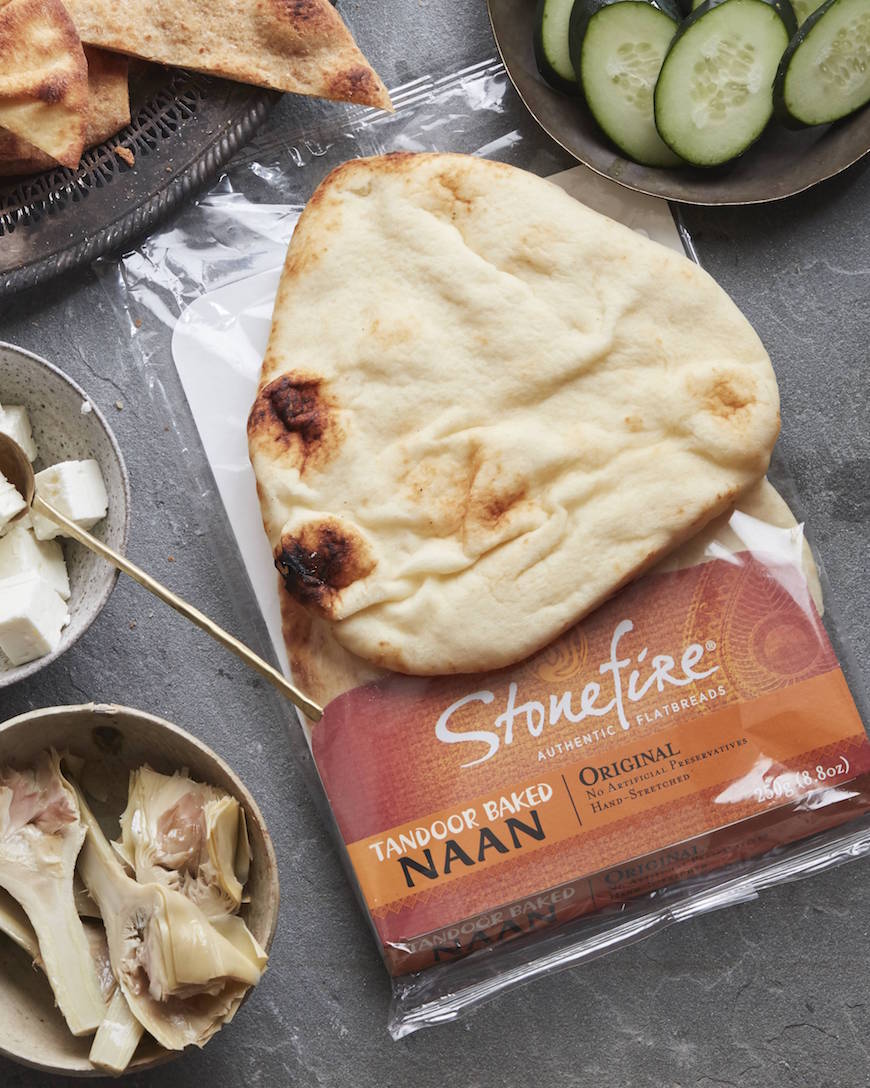 Then, all that’s left to do is GO TO TOWN! Hummus Bar – CHECK! 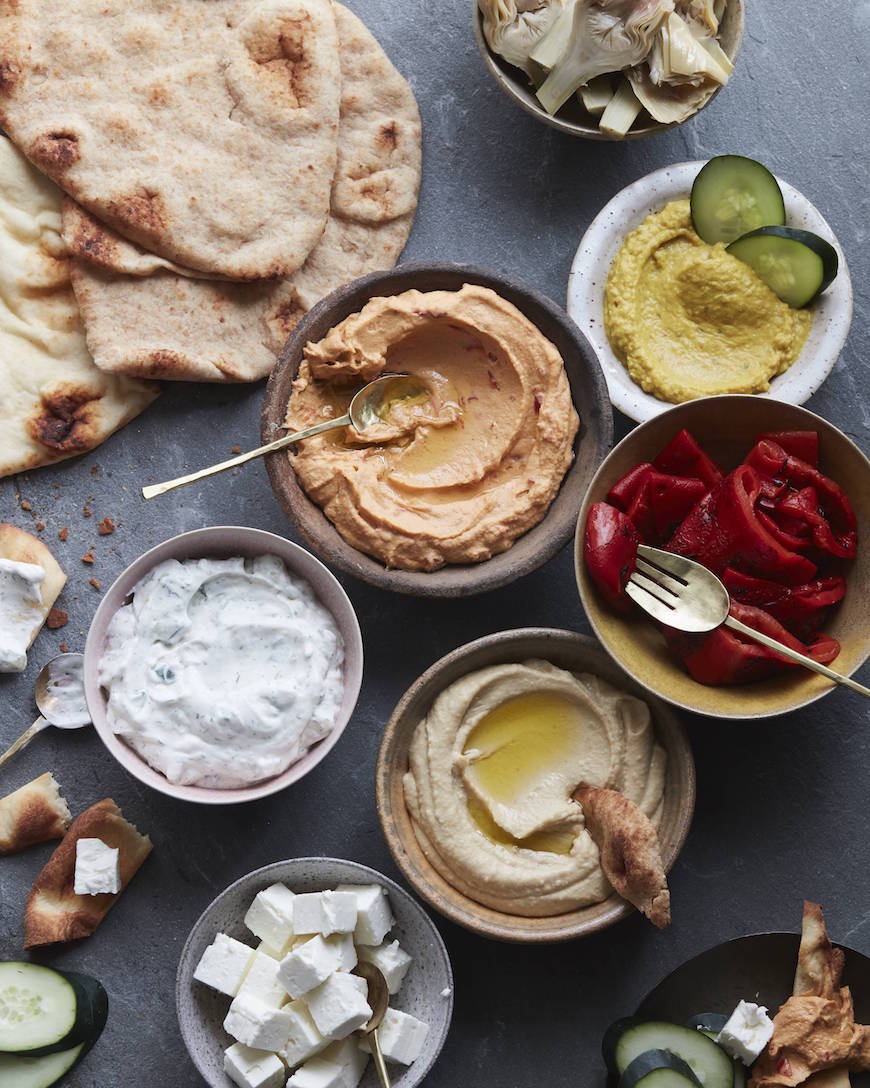 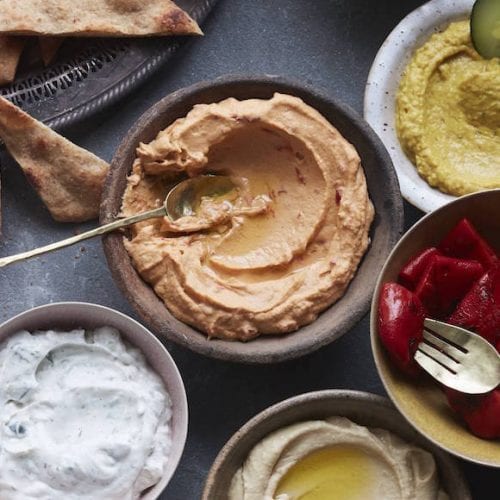 For the Naan Wedges

** This post is brought to you by Stonefire. All content, ideas, and words are my own. Thanks for supporting the sponsors that allow me to create new and special content like this for What’s Gaby Cooking**