I mean, tell me this isn’t the most gorgeous Seafood Paella you’ve ever seen. And guess what – it’s crazy easy to make! Plus it feeds a crowd! 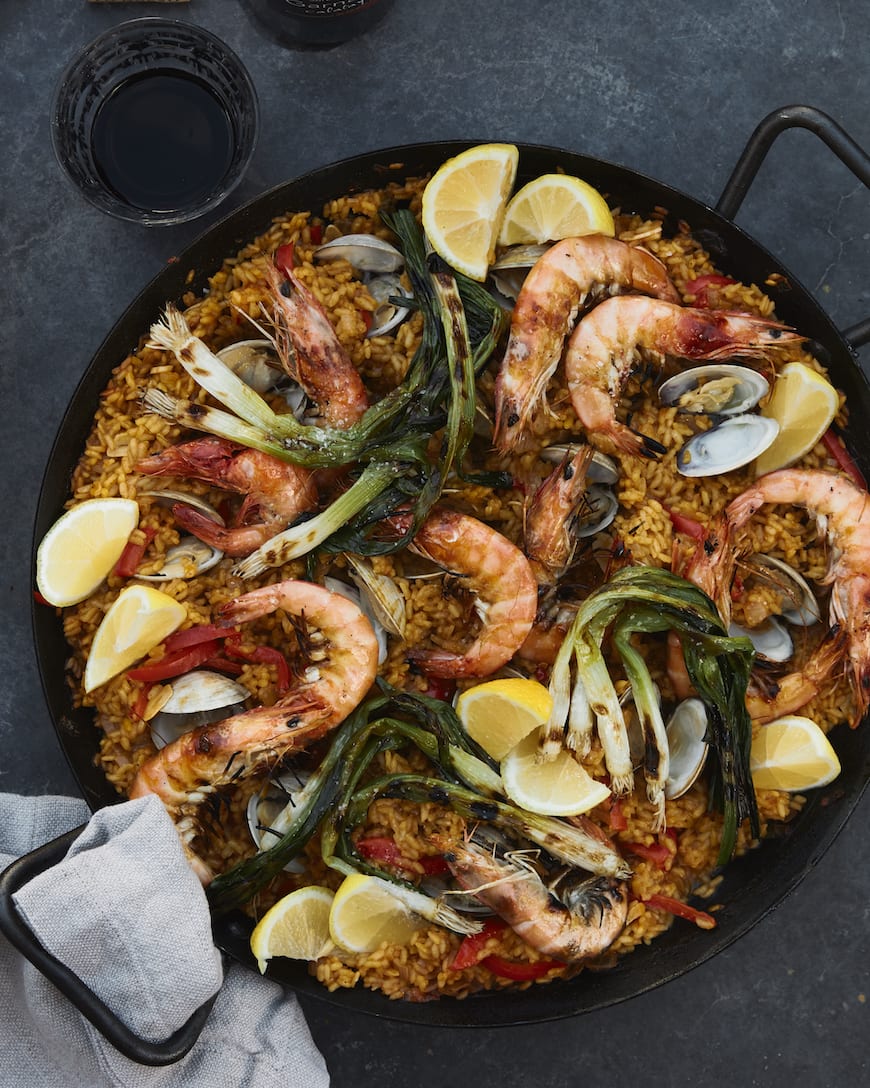 It doesn’t get much better than this! This seafood Paella is a game changer. It popped up on Paella Party menu that I put together! It’s the best way to feed a seafood loving crowd and BONUS – it doesn’t cost a fortune! However if you want to get fancy and add some lobster and crab, skies the limit!! Check out the Paella Party details here for the full menu and lots of inspiration! 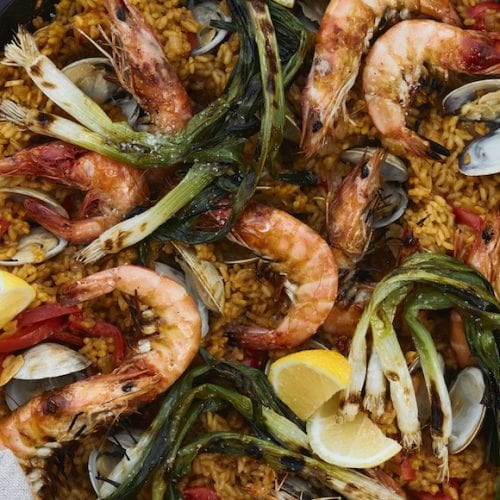