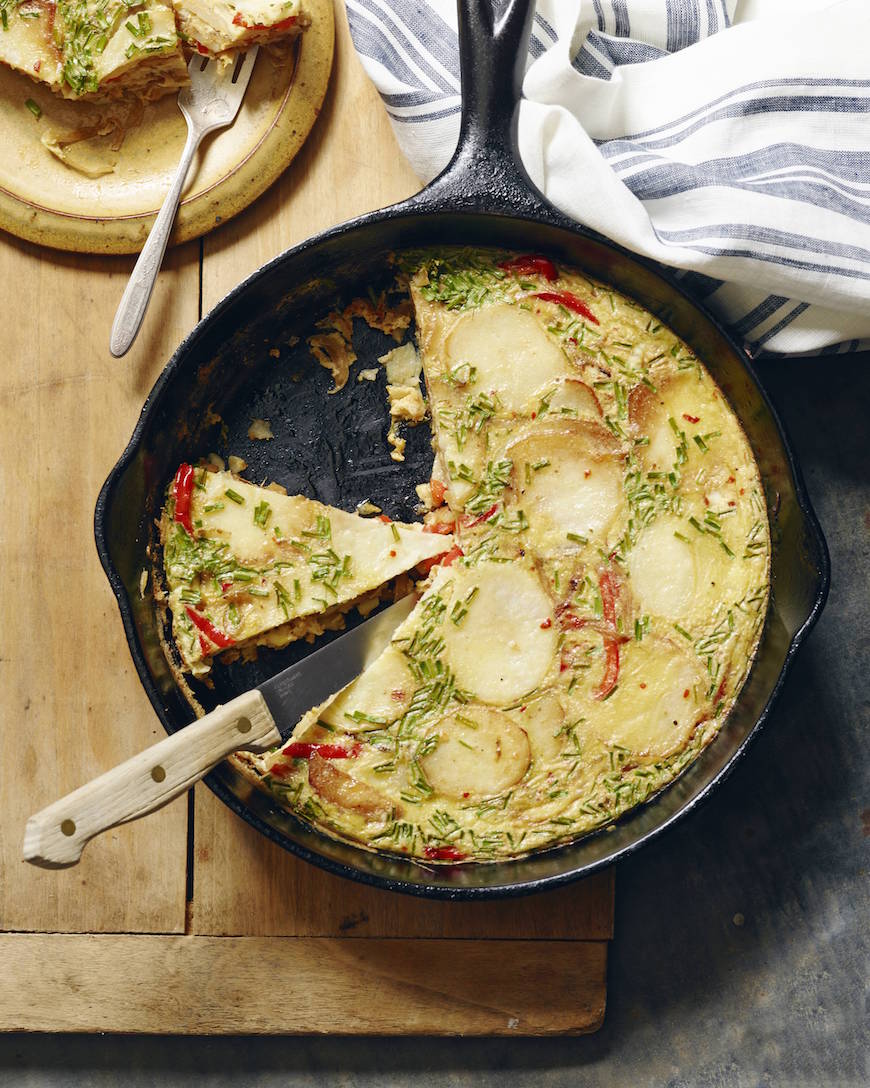 Okay so it’s not new, but it’s new to the site. Usually we’re talking tortillas that are involved in tacos or burritos – but today we’re getting crazy and talking breakfast for dinner style tortillas.

Did you guys know I almost wrote a cookbook called Breakfast for Dinner? I ended up passing on the deal because it wasn’t the right concept for my first cookbook – avocados are more my speed. Duh! That said, I LOVE a breakfast for dinner situation! It’s so easy and it occurs at least once a week in our house. It marries 2 of my favorite things – eggs and vegetables – and it’s baked until done. This one is extra jazzy as it uses some McCormick red pepper flakes, smoked on the stove for a richer flavor (which I now keep on hand at all times since making those smoky fries a few months back), and some ground cumin. Slice and serve, like a breakfast pie. 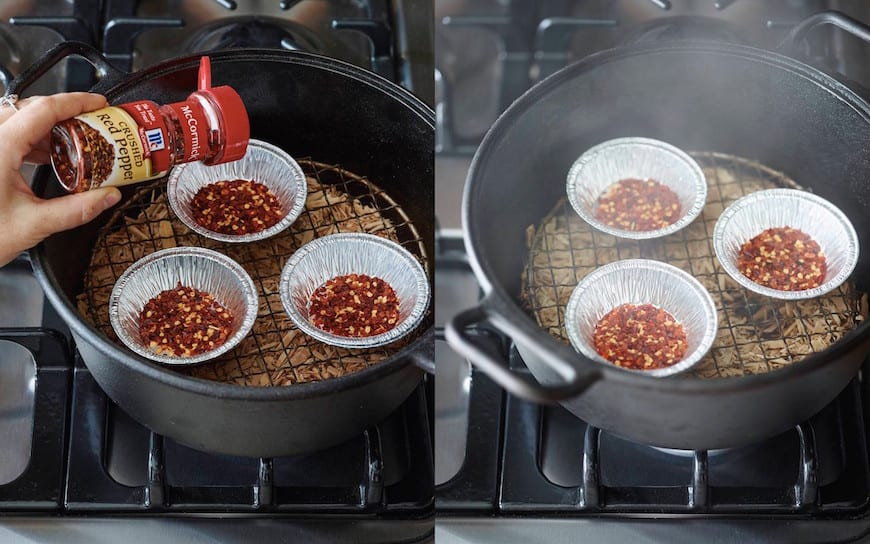 Best part about this recipe is that it’s great for breakfast, lunch, snacks or dinner. And it easily feeds a crowd. If you’re feeling a little fancy, throw together a little arugula salad with some olive oil, salt and pepper and then top the tortilla with some extra greens! 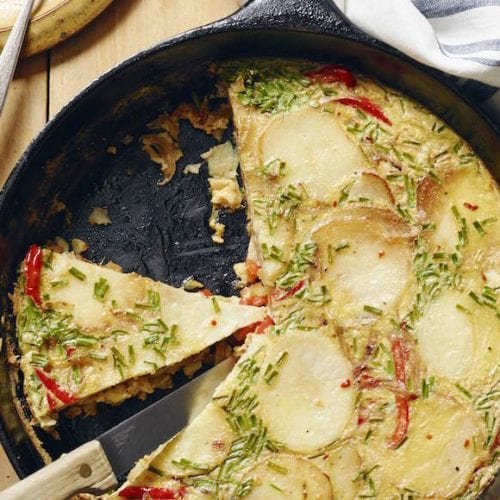