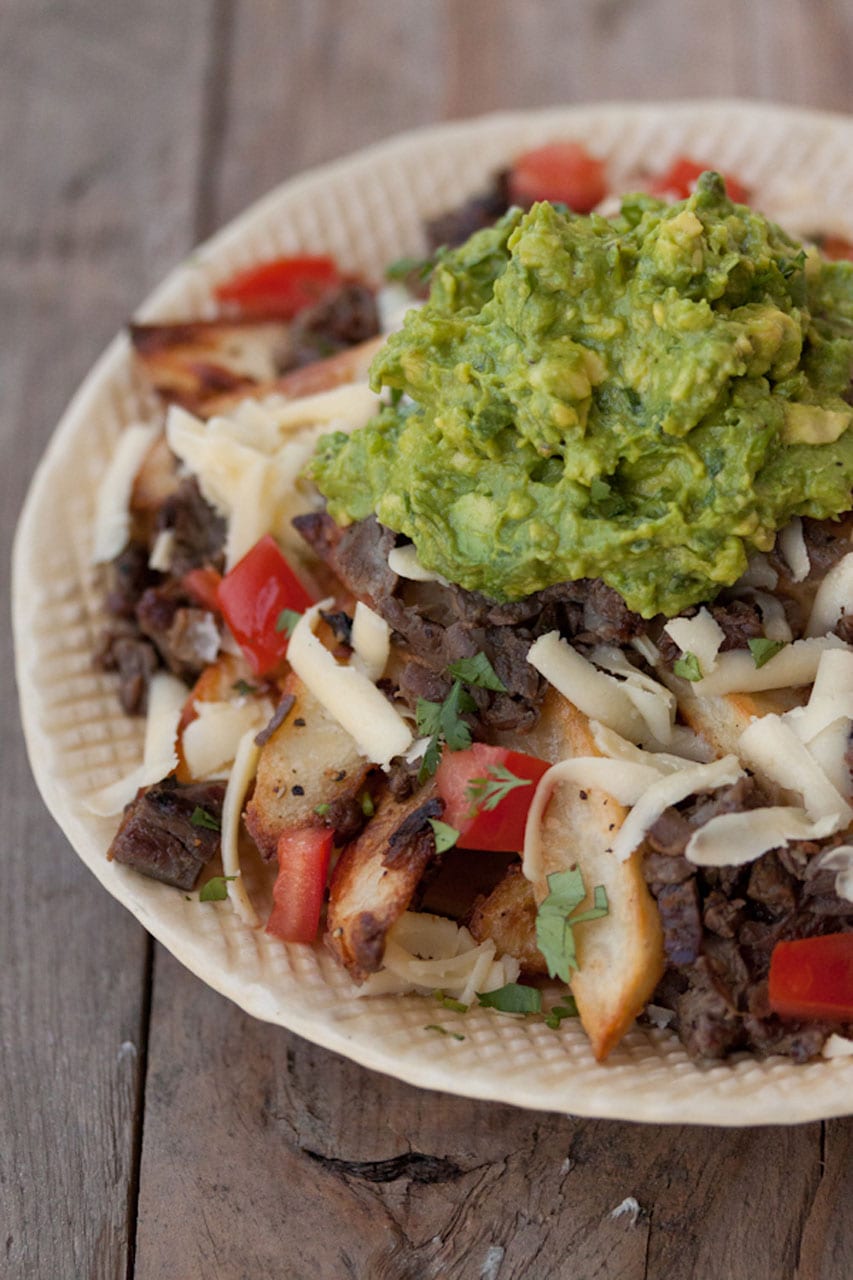 Drool. That’s basically what my boyfriend did when I surprised him with these Carne Asada Fries for lunch this past weekend. In fact, I can’t just say that was only him, I was pretty much freaking out the entire time I was making these and just pacing my kitchen while the fries baked because I was so excited to dig in. Just imagine, crispy steak fries, topped with layers of cheese, chopped Carne Asada, fresh homemade guacamole, and pico de gallo. I mean how can you not get excited about that? It’s pretty much my dream lunch. 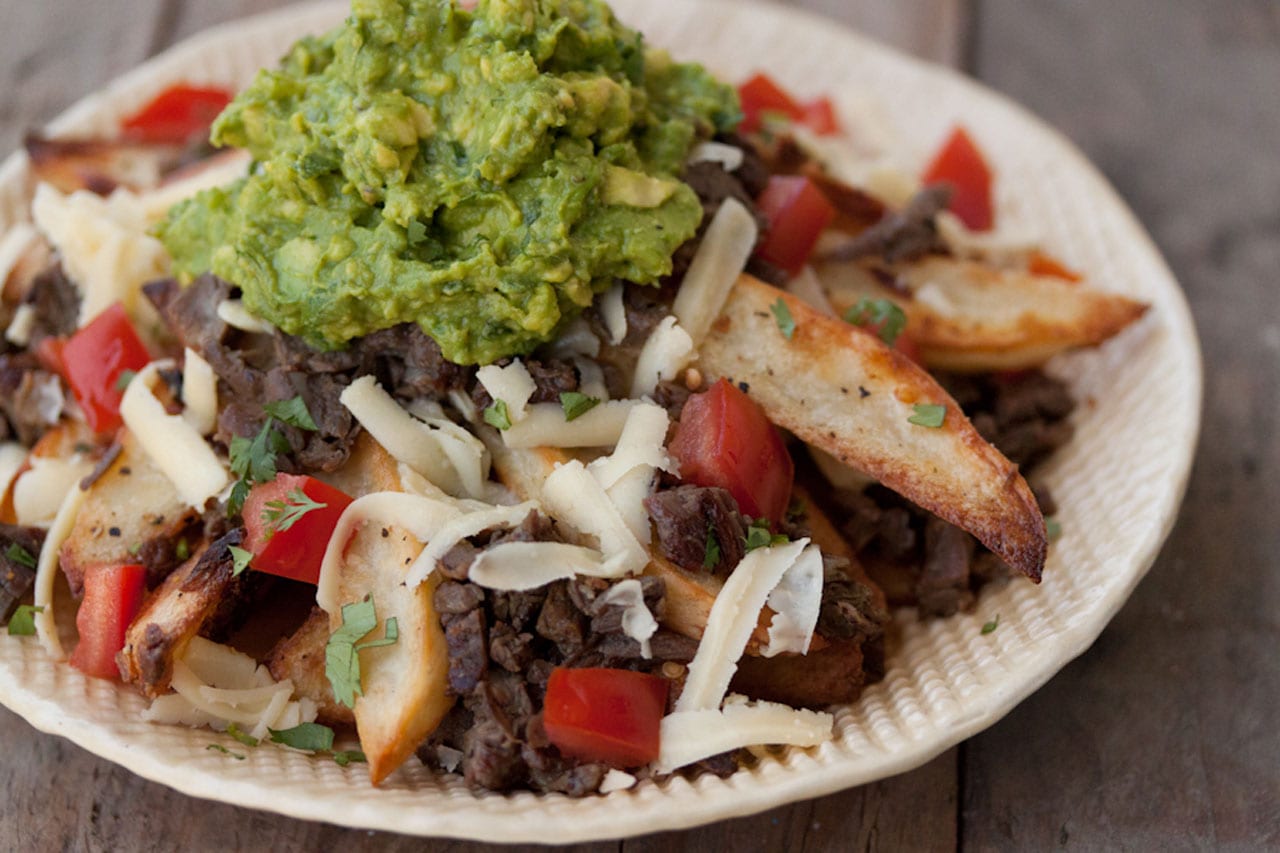 I had some leftover carne asada from a dinner party from the previous night and decided it would make a great topping for some loaded nachos. And pretty much the second I had that idea, I went to work. I baked off some steak fried that I seasoned with garlic salt, onion powder, pepper and a hint of cumin, Basically the fries were so tasty, I could have stopped there, but I didn’t. I topped the warm steak fries with a giant handful of Queso Quesadilla (you could easily use cheddar or pepperjack), a huge dollop of guacamole, spicy carne asada and then threw on some pico de gallo for good measure. It was pretty much my most favorite masterpiece to date. Kind of like my Irish Nachos but with more of a Southwestern twist!

It got a big thumbs up from my boyfriend, the token carnivore in our house, and I’ve been dreaming about this dish ever since. Pretty much I’m just going to start to keep carne asada on hand at all times in case a craving for these Carne Asada Fries arises! 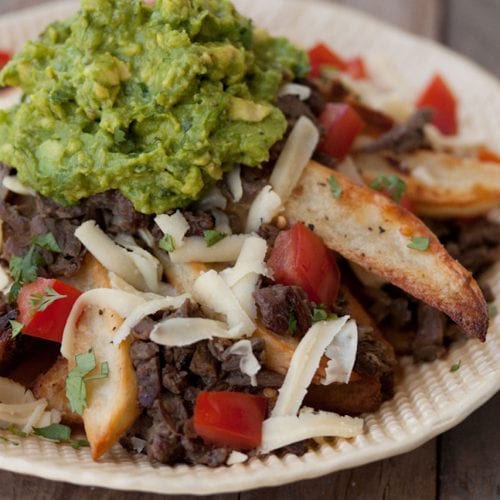 For the Carne Asada: