Skillet Nachos are my spirit animal! They make everything better and it’s an art form to craft the perfect nacho platter. It’s equal parts freshly fried chips, plenty of queso, some melted cheese to boot and tons of toppings like carne asada, guacamole. pico and more! 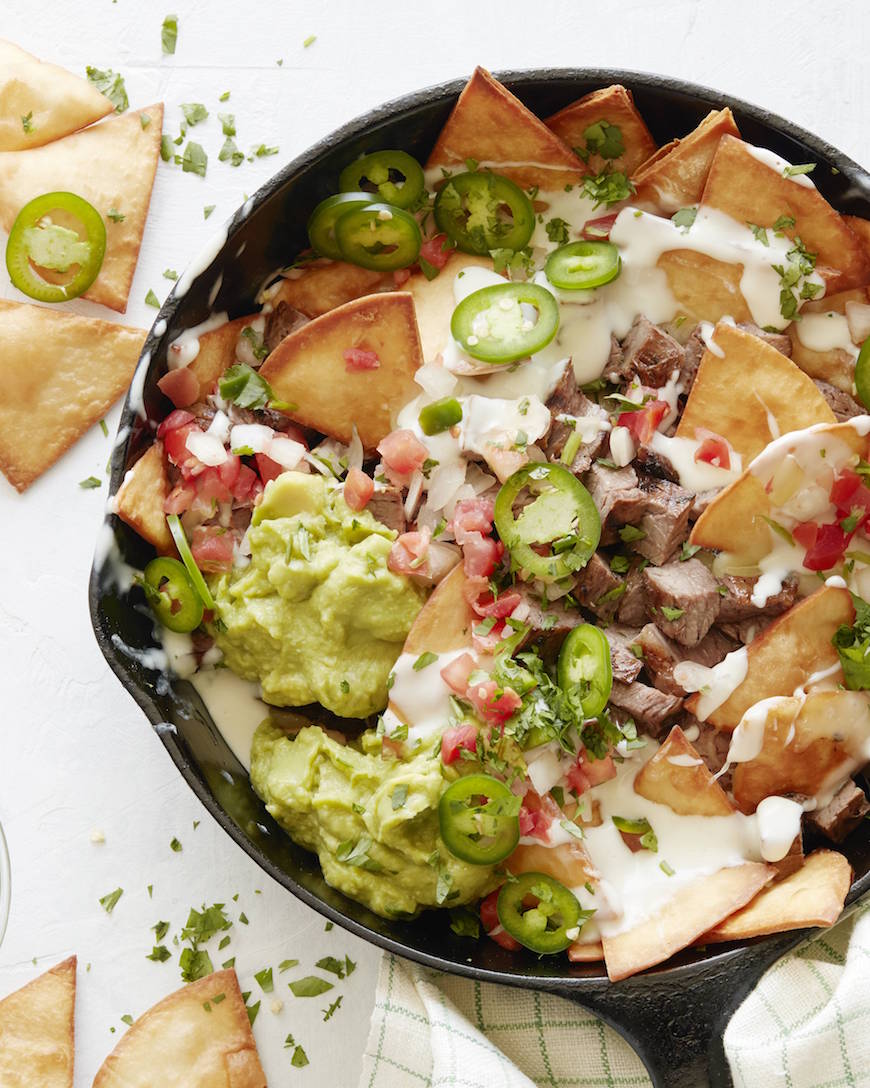 These carne asada skillet nachos are my life! They are perfect for your cinco de mayo celebrations and just about any other day of the week if you ask me! The ratio of chips to toppings is perfect too! 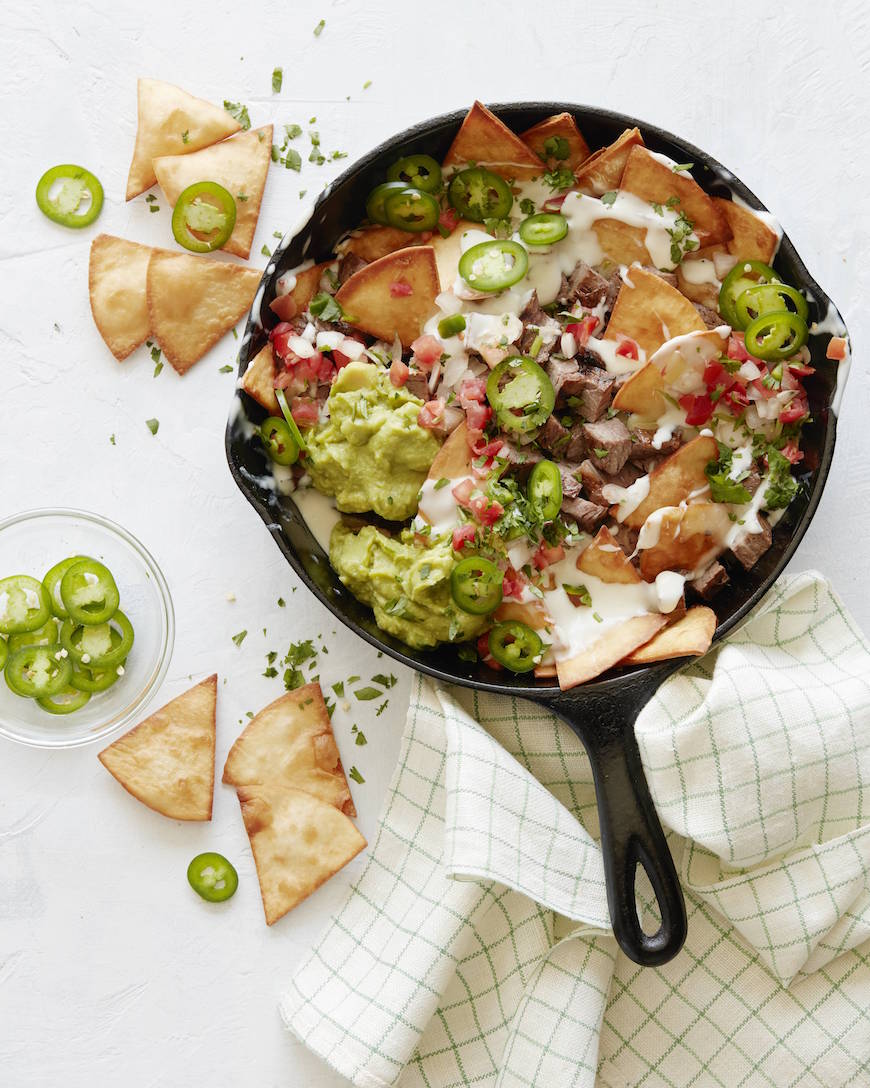 The art of the nacho goes like this… you need a base of chips. Freshly fried is preferred and I’m having a moment with flour tortillas from Old El Paso. EACH chip needs some melted cheese AND queso otherwise it’s pretty much naked just sitting there being sad. Once there is some cheese, in any form on top, you can stick it in the oven, melt everything and then top it with all the fixings! It’s very very very important to load it up – guacamole, pico, carne asada, the works… it needs to be a party on every chip! 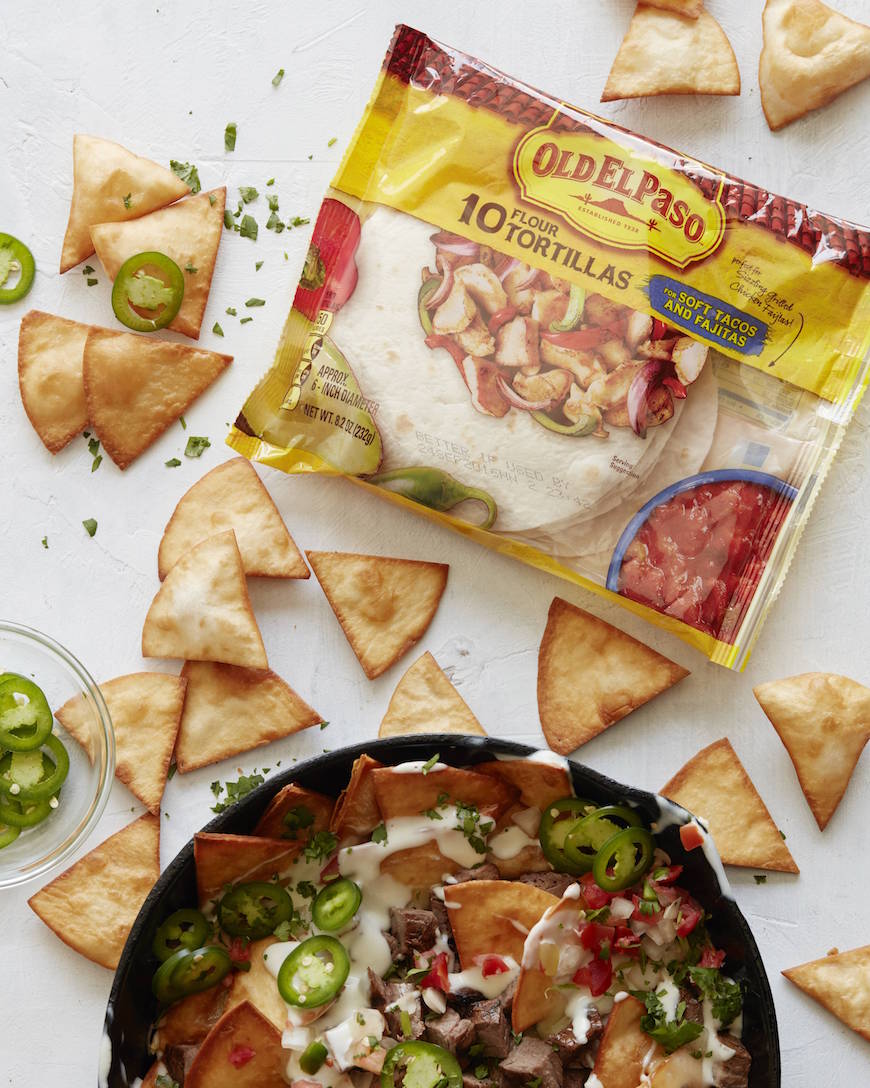 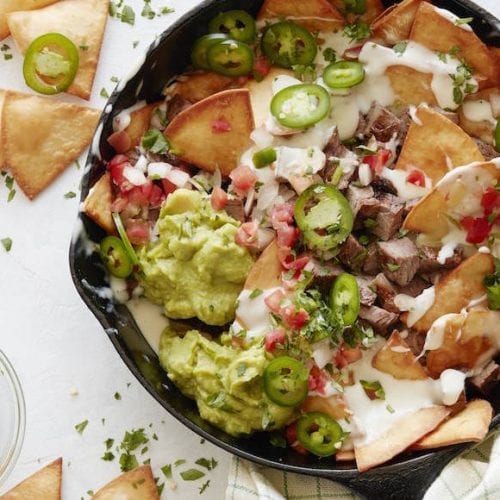 For the Carne Asada

For the Carne Asada

** This post is brought to you by Old El Paso. All content, ideas, and words are my own. Thanks for supporting the sponsors that allow me to create new and special content like this for What’s Gaby Cooking**