Welcome to WGC pizza week! I’m so excited to bring you tons of new pizza recipes for the next few days and we’re kicking it off with this Jalapeño and Pepperoni Pizza!

This beauty of a pizza pie, Jalapeño and Pepperoni Pizza, is an Adam Pearson creation from years ago and we all have him and Matt to thank for upping the pizza game here on WGC over the years. This pizza is made slightly differently in that you don’t put the sauce on first. Instead you do the cheese first and it gets nice and caramelized on the dough. THEN you add the sauce, pepperoni’s and plenty of jalapeños for a nice little kick. It’s the perfect way to make pepperoni pizza.

A few tips and tricks we should discuss when it comes to making pizza: 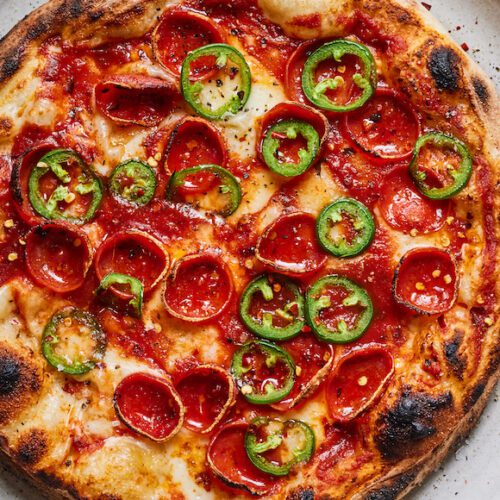